The Indian automobile market is certainly one of the growing sectors of Indian economy. In February many of the bike makers have registered humongous growth as far as the sales growth rate is concerned. As a result of the high competition and promotional strategies TVS, Suzuki and Yamaha have recorded a good amount of sales growth rate. On one hand Yamaha’s sales grew by 37%, TVS’s sales grew by 24% and Suzuki recorded a sales growth rate of 25% in the last month i.e. February. Let us dig deeper and find out the growth in monetary terms. 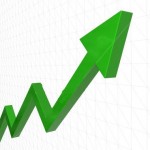 Speaking on the sales growth rate achieved by Yamaha, Mr. Hiroyuki Suzuki, CEO & MD, India Yamaha Motor Pvt. Ltd said that the company has displayed upbeat spell in sales and services. He credited the success to factors such as portfolio building and customer satisfaction. He said that Yamaha owes this growth in sales to its premium models viz. YZF-R15, FZ, SZ and the YBR series.

At last he said that Yamaha will soon implement their very famous 3S strategy (Sales, Service & Spares) set up in tier-2 & tier-3 cities and increase sub-dealers in the rural areas as well. Yamaha will continue to build up relationships with the customers and build the best strategies, he said on an end note.

On the contrary Suzuki is also trying to catch up fast. Suzuki Motors reported a sales growth rate of 25% in February 2011. In simple terms, Suzuki’s sales grew from 23,016 units last year (Feb 2010) to 28,738 units this year (Feb 2011). Suzuki is determined to grow and as a result they are time and again coming up with new product launches and upgrades,

Mr. Atul Gupta (Vice President, Sales and Marketing) said that the company has received good response for its entire product range including the new SlingShot series launched recently. He further said that the company will keep this momentum going in future and enrich their customer satisfaction and product quality. The company also credited its growth rate to new models like GS150R and Access 125 scooter.

Overall, the month February saw rise in sales figures. From the above sales comparison one can say that Suzuki is catching up very fast. Well, we can just wish all the very best to all the bike makers and hope that they roll out some excellent bikes in future as well. Here is hoping that the manufacturers will improve their portfolio more in the coming months.