I used to beg for geared bikes from my friends. So I have experience in variety of vehicles from RX100 to Machismo, though I am not a well-versed rider. After being fed-up with begging I planned to by a own bike, I did some research by reading articles on the net and short listed TVS Star city. 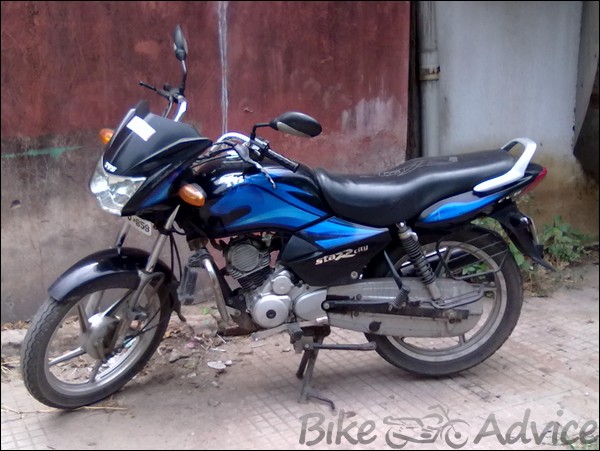 I went to TVS showroom. TVS Star City was the hot cake there, all were talking about that and lot of demos and test rides were going on. I too had a test ride. It impressed me lot, look and comfort, only these two are the most important from my perspective and we can decide immediately on any vehicle. We can say anything about mileage and performance until we use the vehicle for quite some time.

When I was returning to my home after the test drive, I started watch all the vehicles. I could see some more Star City’s. It was looking good for me. I went to net to have some articles on Star City. The reviews were impressive. Then I checked available colours, Black, Red, Violet and Greenish Gray. Black and blue was looking good in the photo. I decided my mind to buy TVS Star City. 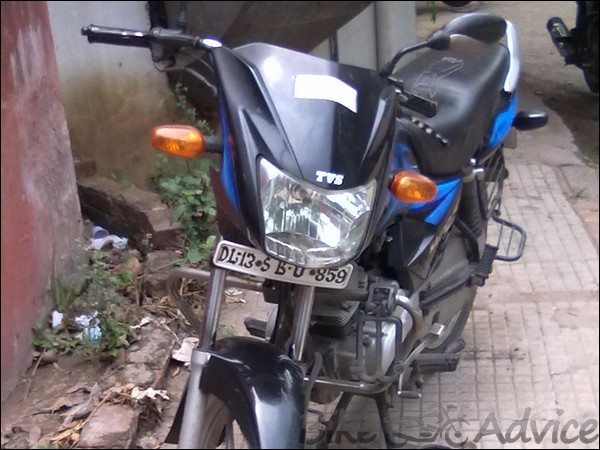 The next day I went to TVS show room to purchase TVS Star City. I had good reception and allowed to select the vehicle. Greenish Gray attracted me now, though I had an idea about Black and blue after seen the photo in net so I chose it. The mechanic came and selected the vehicle. He started three vehicles and placed his ear near the engine and pointed out one vehicle. 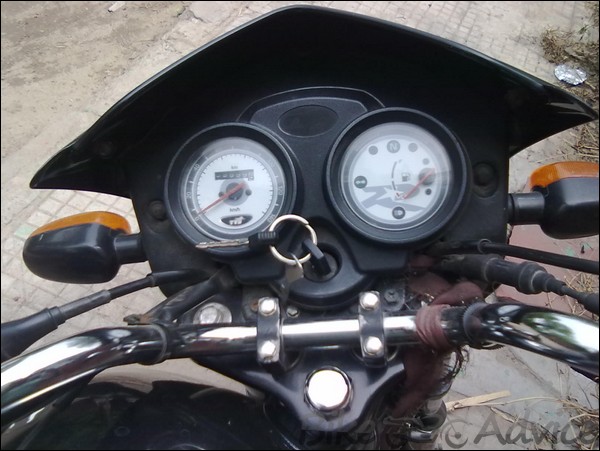 Without knowing anything I just purchased that one. Then the sales guy told I can get the delivery in the same evening after the registration. I went to my home and I was just watching our wall clock. It was 5 o’clock. I prepared to go to the showroom. The climate was very chill, though it’s a peak summer season.

I went to the show room by bus. As soon as I got down from the bus, it was raining heavily. I could not even reach show room, though it is only 100 mts away. Finally it got reduced, I entered the show room. I was greeted by the sales guy and got the key. I was happy to see my bike. I took it and kicked it, but it did not get started after 3-4 kicks. 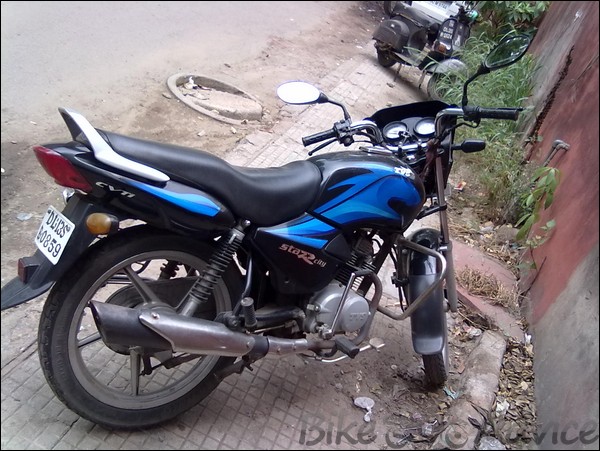 One of the mechanic came for help and he just laughed after pointing out the ignition. It was off. With total embarrassment I thanked him and switch it on. Now it started in first kick. The road was full of water and muddy. But it was thrilling to ride own new vehicle. I did not bother about the road. When I reach my home I saw the rim some other parts are muddy. Though it irritated me, on before the first ride thrill that is nothing. 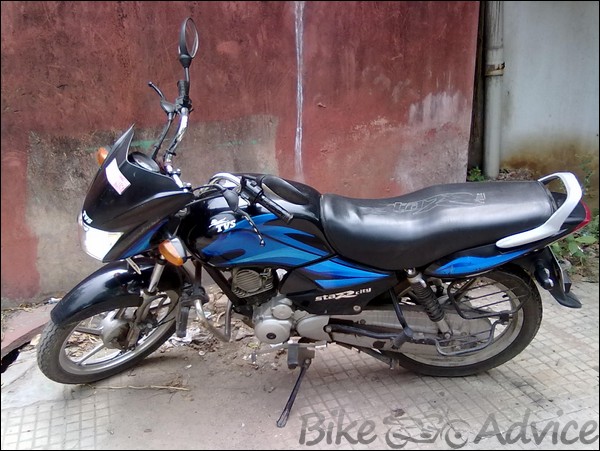 My bike is just not any other machine but a dream come true for me. My most favorite obsession and also the one machine which I never get tired off! I own a TVS Star, yes I’m a big fan of M.S.Dhoni but also of TVS bike from the time TVS Victor was launched. It’s black and blue combination which makes a sizzling combination and to add to it, it’s streamlined body which adds to the glamour quotient.

TVS has offered me a rare combination which not too many bikes can boast off i.e. mileage + looks in this 110cc segment. There was always an inspiration for me which drove me towards my goal of purchasing this bike and that is my family’s support who always believed that sooner than later I would be having my favorite brand TVS along with me which had made me it’s fan since its first commercial with Sachin Tendulkar endorsing it. 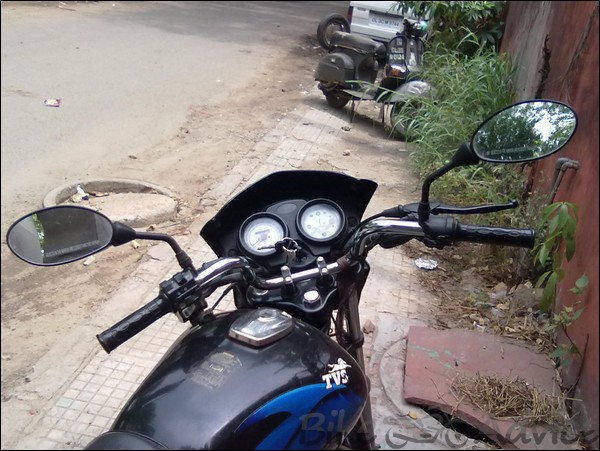 My strenuous efforts of saving money finally paid dividends when I bought this bike for an all important figure of Rs 44,000/- and now when I look back its more than worth. I have a electric start to add to the many other fascinating features and also at the same time I have bike which offered me alloy wheels too. All in all, this bike on a scale of 10 gets 15 for its features and price.

Yes, one can say that there are always comparisons and equations which would be drawn between many other bikes, but for me this is my first bike and would always be special for me and there are no two ways about it, so I don’t bother about the comparisons being drawn as I know that I have the best rose in the bunch. 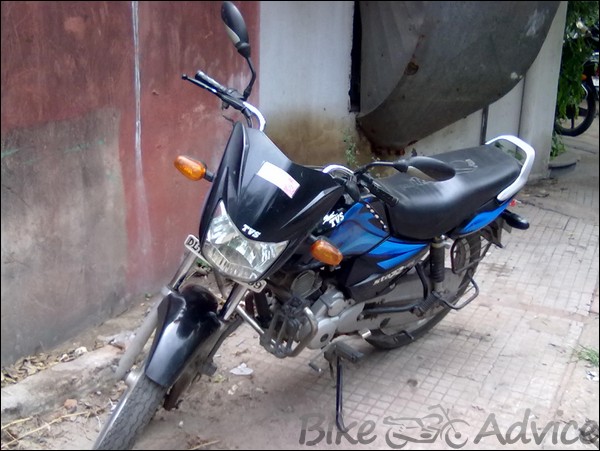 TVS as a brand is not that rosy as a Hero Honda or Bajaj but there is a market for TVS which it has captured significantly and is doing very well in that range when we speak in terms of mid segment bikes. I still remember, when I went to Manali on my bike along with my friends and that journey has edged in to my memory, simply because of the comfort this bike gave me and also as that was my first road trip so it gave me the ultimate thrill that a rider can ask for.

There was always an issue and that was the steep mountain ranges but once I embarked on my delight full journey I soon realized that all that in the mind was just a bluff and it soon vanished with a whisker of a second. Bike’s balance was such a joy to observe and I had such a great experience that soon I would embark upon a new journey to Rajasthan as well. 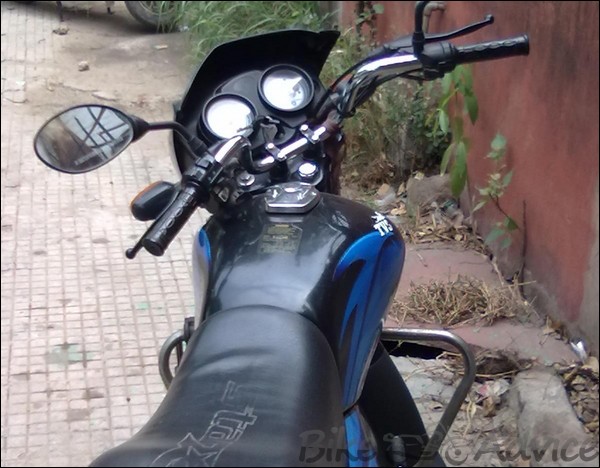 All what I can say is that it’s a feeling to be cherished when one drives a TVS Star because it’s just not any other flying machine, it’s got brains too! After few weeks I came to know it doesn’t have that much of pickup which super splendor has. And I found fault in it while slowing the race it gives noisy sound from silencer which would be irresolvable as per the service center of the TVS.