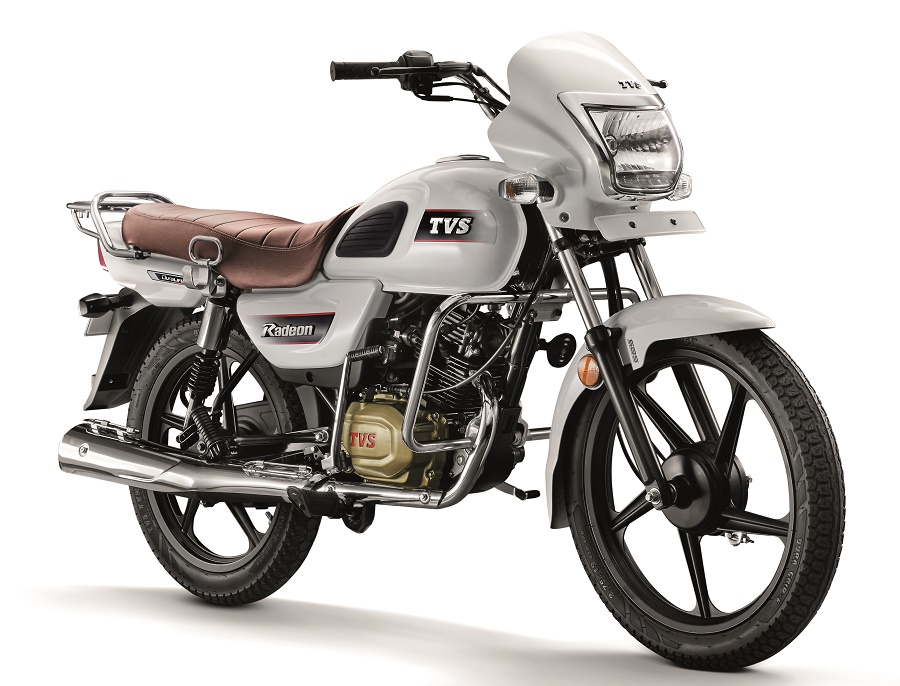 Radeon price is between Star City+ and Victor… Offered as a utilitarian motorcycle in the commuter segment.

So, it turned out to be a commuter! At an event in Chennai today, TVS has officially launched Radeon which is their new 110cc motorcycle in the range. It joins Sport in the entry range, City+ and Victor.

Radeon comes with a conventional retro design which TVS calls UIR (Unique Resistant Design). Since it is targeted at the urban and semi-rural market a lot of emphasis is on the practicality aspect and there is less of that bling. It gets a wide seat, high ground clearance, long wheelbase, easy ground rechability, side stand indicator with beeper and a brighter headlamp with LED DRLs.

It also becomes the first motorcycle in this segment to come with Synchronized Braking Technology (SBT) with drum brakes on both ends. 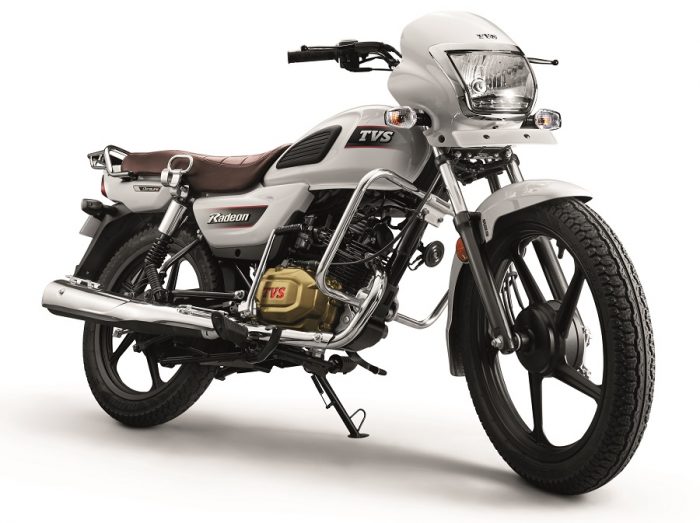 There are four colours on offer – White, Purple, Beige and Black. Radeon comes with a 5 year standard warranty.

TVS has commenced the bookings and factory dispatches from today. It will be available in  the markets from next week onwards. They are targeting 2 lakh units within the first year of launch which translates to about 16,000-17,000 units a month.

It reminds us of Hero Splendor immediately and looks like an interesting preposition in the making. How things pan out for the new brand remains to be seen…