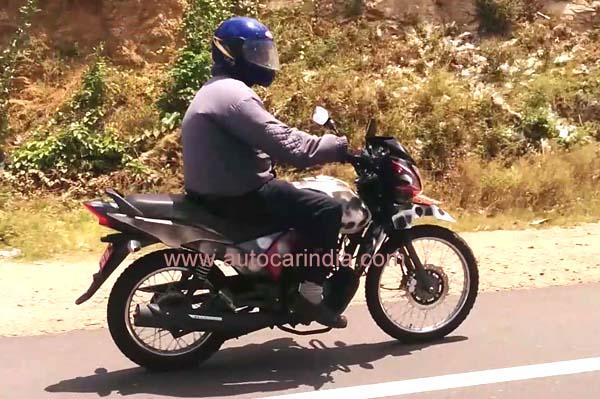 India has a lot of players making commuters as well as sports bikes but a person has little to choose if he wants an adventure off-road bike. Hero MotoCorp’s Impulse is the only on-road-off-road motorcycle currently in India.

Now as per a few spyshots published at Autocar India, TVS is working on a small capacity on-off roader. The bike appears to be rather a disappointment if you are looking for something real fancy, although it might be too early to pass a concrete judgement.

The bike has a typical Phoenix like body structure which does give us hints if the bike will be slated as a variant of their 125cc commuter. While there have been words about a new adventure motorcycle being developed in collaboration with BMW Motorrad, but that is supposed to have a capacity of above 300cc.

This tiny test mule is running with a front fender, off road tyres with the front tyre appearing to be larger in diameter than the rear one (it may possibly be because of its lesser width). The long telescopic fork on the front and twin series spring shock absorbers at the rear does make us a bit optimistic. We can also see nice little petal disc brakes upfront and the spoke wheels add further proof that it will be centered towards off-roading. 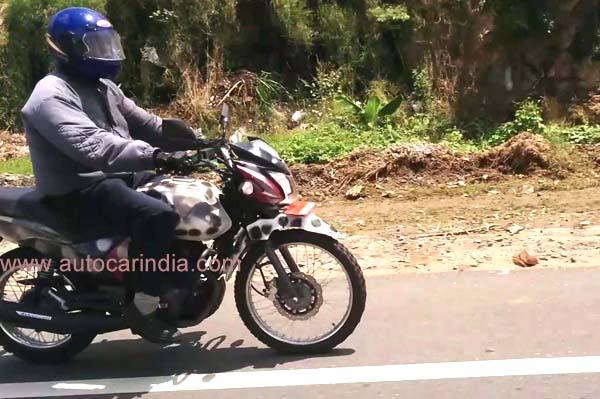 We have already seen puny little Hero Motocorp’s cafe racer Splendor Pro which will be launched in the market very soon. This move by TVS also confirms that the company is considering niche segments to make a mark, continuing with the onslaught with the regular ones.

We understand TVS has a fair bit of off-road racing experience and if it percolates to this motorcycle, we can expect a fairly interesting preposition in the making.

So when can we expect this off-road adventure motorcycle to go to production? Looking at the condition, it appears that we are far from its market launch but sometime around mid 2015 is when we feel TVS may be targeting bringing it to India.

Related: Second Spotting of new TVS Phoenix; Will it be Called as Victor?