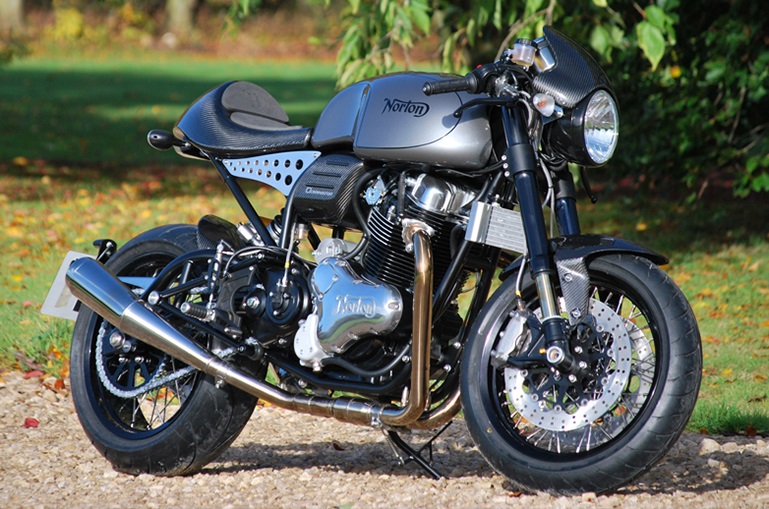 TVS Norton deal! How does that sound? A new online report has emerged which reveals chances of a potential partnership between these two makers…

This comes as a big big surprise! TVS Motor already has a partnership with German motorcycle maker BMW Motorrad to mass manufacture mid capacity motorcycles for the domestic as well as the international markets.

In a latest update, an online report at Bloomberg has spilled some beans on a deal that could be in the making. It says that Indian maker TVS has approached Norton’s administrators about a potential partnership.

Norton is one of the oldest British company and it made its first motorcycle in 1902. However, in the last many years it has not been stable and has seen multiple ownership changes. It is currently owned by an entrepreneur Stuart Garner.

Norton is also present in India and it is distributed by Ajinkya Firodia’s Kinetic group under its multi-branded outlet chain called as Motoroyale. Kinetic had launched the Commando and Dominator in our market and there were recent speculations that the duo – Kinetic Group and Norton, are developing a sub 500cc motorcycle for the Indian market.

It is not clear how will TVS utilize Norton – a niche brand which currently sells exotic motorcycles at super premium prices. If this TVS Norton deal goes through however, the Indian maker would be one of the better candidates to revive the falling Brit brand. It can utilize its expertise in distribution in various countries. Apart from that, it may get the brand to introduce mid-capacity, relatively cheaper motorcycles which can bring in volumes.

TVS Motor – 4 Models Which are NOT BS6 Compliant Yet

So far, there is nothing that TVS or Norton Motorcycles has said about this potential partnership/buy-out which means this could be treated as a speculation at this point…