Most of the Indian two wheeler manufacturers have been doing a great business outside the territory of the sub – continent. Be it the case with Bajaj or with TVS, their models is doing really good in the South East Asian markets. But the only difference between these two major players is the fact that Bajaj sells the same products as in India to the market outside and TVS has gone a step further is getting totally new products designed for them. As in this case, TVS has exclusive products like the Neo series of step – up scoots and the same is the case with Velocity, which is the face-lifted Apache which is more of a dirt bike. 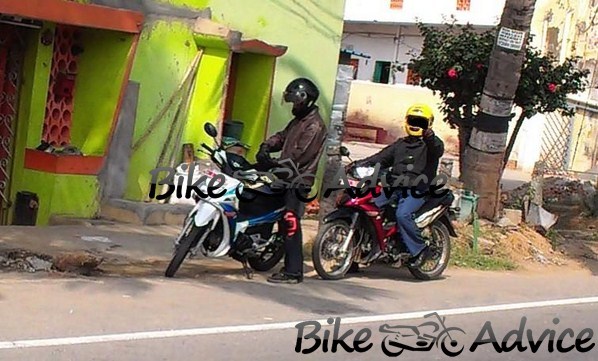 The Neo, as mentioned above is a step up scooter which has a great scope in the Indonesian market is produced in the company’s plant located at Hosur, Tamilandu. ProBiker had managed to click a few spy – shots of the Neo being tested along the outskirts of Hosur. There were actually 2 variants that were tested. Probably, we expect one to be the basic variant and the other a top end. This is the observation made by taking a closer look at the spy – shots. If you can see, the Neo which is in Red and Black paint scheme has the basic spoke wheel, whereas the one with white and Blue is seen with alloy wheel, though both of them comes with a front disc brake.

What surprises us to the core is the fact that the blue and white Neo which was clicked at the rounds of testing was actually a 150cc Neo, whereas going through the detailed spec and variants of Neo, we observe that there is no 150cc variant at all. This simply means that TVS is planning to come up with a totally new Neo with higher power that should make Indonesian riders fun to own one. 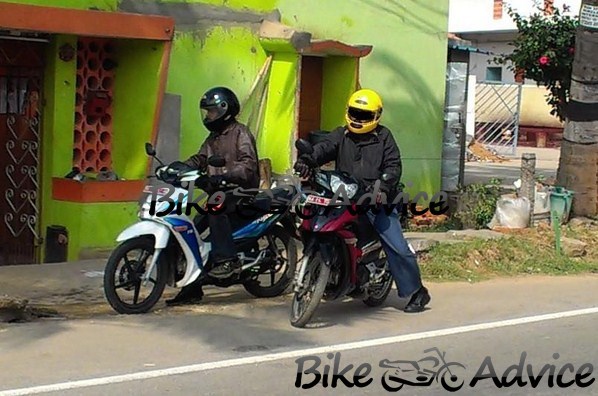 Our surprise doesn’t merely end here. TVS Indonesia website doesn’t really reveal anything about the basic variant with spoke wheels. This really brings in a lot more surprises to us. 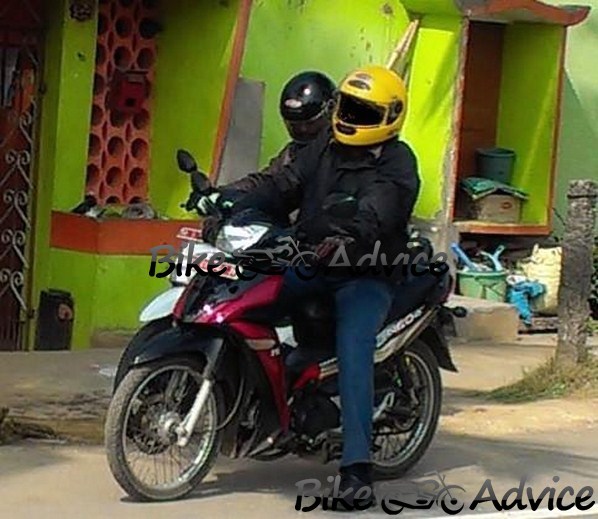 The decal work and the design of this bike look really cool and seem to be more practical with discs as a standard feature. Also, the low slung front part enables both the male and the female rider to get used to it immediately.

However, TVS has no plans of coming up with this model for India as it senses no great scope for such step – up scoots in the Indian market. Neither are we too sure of the demand that such models would sense here. 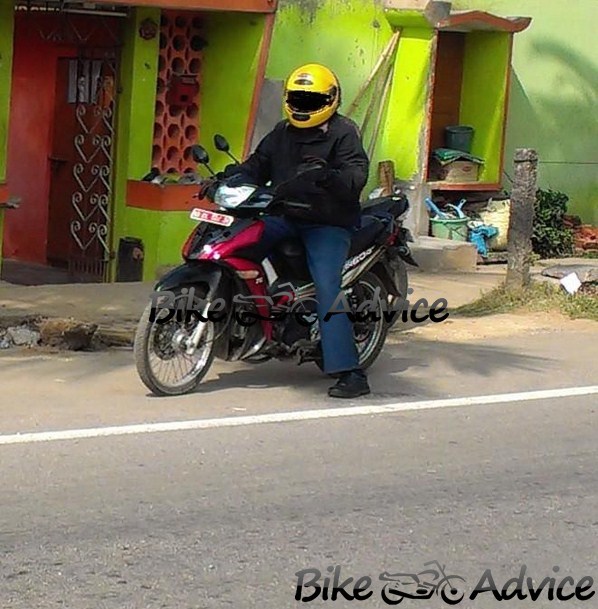 As we’d already reported, TVS Motors is currently working on a new scoot model that would be expected to be priced between the TVS Scooty series and the Wego model. 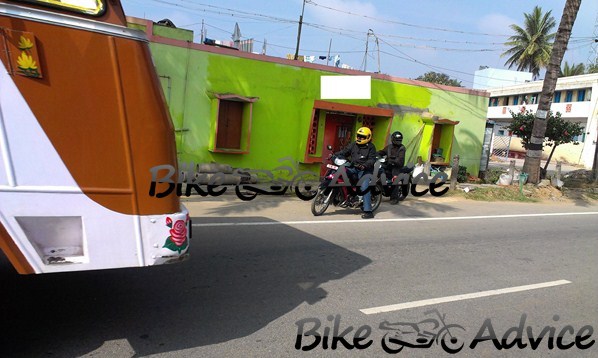 Here is the tech spec of Neo for our dear readers’ reference.

So, these spy – shots should actually make our Indonesian readers happy. It would interest our Domestic readers as well to a greater extent.

These are exclusive pics clicked for BikeAdvice and we hope you enjoyed this. Stay with us as we bring more info on this.