The huge success story of Victor brand for the TVS Motor Company in India will be known to everybody who is reading this post. Following the failure of GLX model, the brand itself was stopped from being produced, however it is still produced for the Indonesian market. 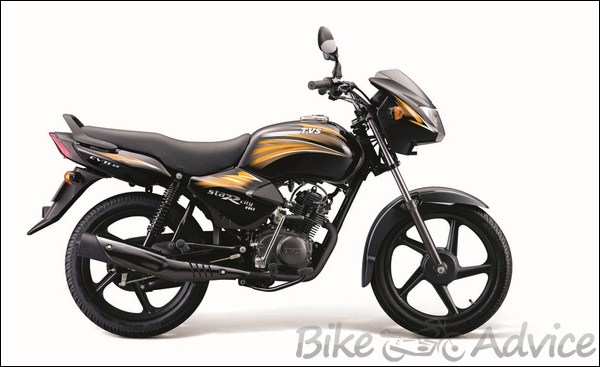 The next model which was successful for the company is the Star variant of motorcycles. Right from the very first model of the TVS Star, it has proved its potential for the company in terms of sales. The brand also saw many brand ambassadors for itself.

Regarding the launch of this limited edition bike, Mr. H S Goindi, President – Marketing, TVS Motor Company said, “This limited edition Star City motorcycle is unique. It is the first time that TVS Motor Company is releasing a specific, festive theme based advertisement. Another first is that this advertisement has been directed by award winning US based Indian film makers Raj Nidimoru and Krishna D K, makers of ‘Shor in the City’ and ‘99’.  Yet another first is that brand ambassador Mahendra Singh Dhoni will feature in the advertisement along with his wife Sakshi. It is the first time that they have been cast together in any advertisement.”

He also added, “It was not an easy brief this time, both for us as well as for the creative agency, to marry toughness with festivity. We needed to bring in the element of toughness while portraying festivity, which is so much a part of our culture, especially during this time of the year”

According to Mr. Arun Pandey, President, Rhiti Sports Management (which manages Mahendra Singh Dhoni), the concept received optimistic response from Dhoni, as soon as soon as it was proposed. “Ever since he started playing for the country, Dhoni has been associated with TVS. When I approached him with the idea of casting Sakshi in this advertisement, he was positive as he has always considered TVS as his family” he said. 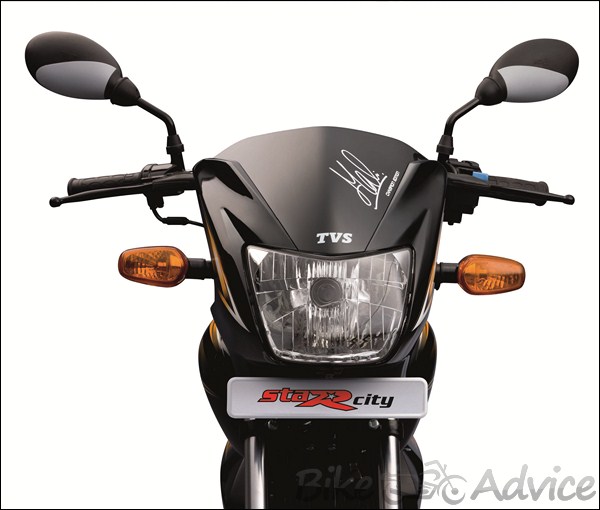 The TV commercial can however be best understood only after watching. But according to what Mr. Anil Ralph Thomas, Regional Creative Director, McCann Erickson says about the ad campaign, “We came up with this whole idea of depicting ‘toughness’ by way of Dhoni and his friends being able to re-erect an imposing statue of Ravan using rope harnesses for support and their Star City motorcycles to provide the power, thereby enabling festivities to continue. The fact that we had Sakshi along with Dhoni was the cherry on the cake”.

The bike also comes with the backing of the legendary StaR assurance apart from a five-year warranty and will be made available across the country at all TVS dealerships.

Are you impressed with the new Limited Edition TVS Star City with Indian cricket team captain M.S.Dhoni’s signature on the front headlight fairing? Will it churn out a great business for the company? Leave your comments in the form of words below.