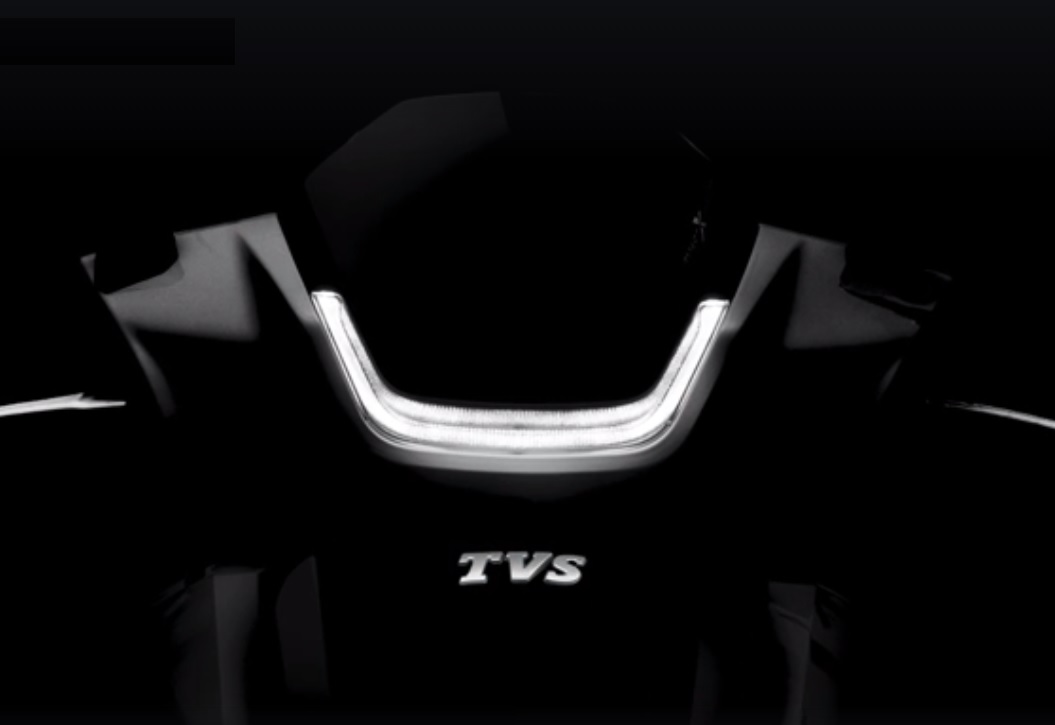 TVS electric scooter launch in two days but it appears to be different from the Creon concept. The company has released two teasers…

TVS Motor Company is venturing into the electric two-wheeler space finally after showcasing the very sporty Creon concept scooter at the 2018 Auto Expo.

It has released two teasers till now. The first one shows a wall charger and a blurred scooter zipping away with text – CHARGE.LIFE. This is a direct confirmation that it is an electric scooter that we are about to see. In a latest, TVS has released the first look of the scooter with its headlamp.

The LED headlamp has a small visor and TVS’ brand name embossed on the chest of the apron. According to the spy video that surfaced few days back (watch it here), this does not appear to be wearing the sporty, lean body of the Creon. This can have two meanings – either the test mule was wearing dummy clothes or the new scoot may be a completely different looking design from the Creon.

The shape and design, at least for now, appears to be of a conventional scooter. But we expect it to be feature loaded like we have seen it for the ICE engined scooters like Ntorq and others. Bluetooth-enabled smartphone connected TVS SmarXonnect is definitely coming to this yet-to-be-named scooter.

What remains to be seen is how does it fare against Bajaj Chetak – which has become the first electric two-wheeler from a major manufacturer. For reference Chetak produces 3.8 KW of continuous power (and 4.08 KW of peak power) and has a range of 95 kilometer. TVS’ e-scoot will also fight the more established Ather 450 (and the upcoming 450X). Launch/unveil is scheduled for 25 January ie day after tomorrow.