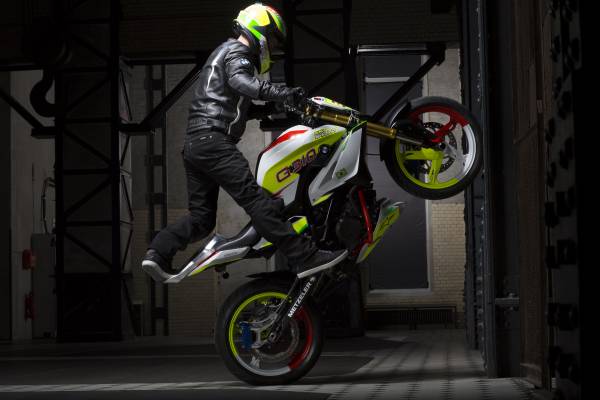 The TVS-BMW mystery product has finally been showcased by BMW Motorrad in Brazil in the form of a concept model! The company had, back in early 2013, formed a collaboration with the Chennai based two-wheeler manufacturer TVS to start making sub 500 cc products. This motorcycle, called as the Concept Stunt G 310, has been developed by the Germans and will be manufactured by TVS here in India.

BMW reveals that the Concept Stunt G 310 features a newly developed single cylinder engine, which is believed to be displacing around 300 cc (yes still no confirmation on the exact displacement), with highly compact proportions. G 310 gets a shorter wheelbase and a long swingarm which should make it flickable and aid in handling. The front end has been given a low slung design while the upswept high set rear lends it a sporty appeal. 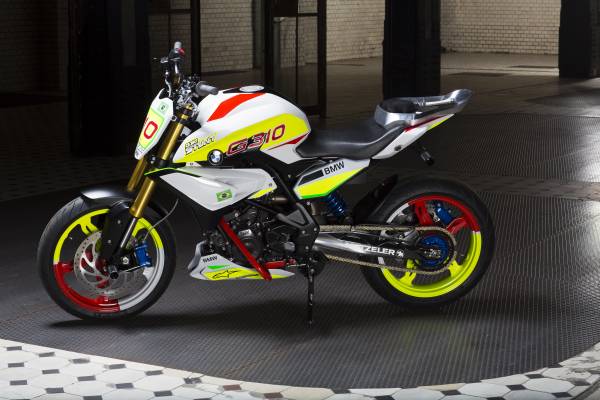 The exhaust has been placed in a peculiar position between the engine and the rear mono suspension spring and is pointing downwards! The bike has been developed with inputs from stunting legend Chris Pfeiffer and this alone has us salivating. The road going version should carry over the same design aspects of the concept. The powertrain and the platform are expected to produce more products in the future. 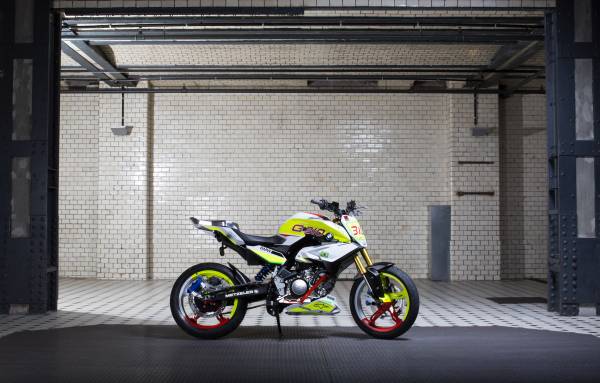 The production-ready version, which has been codenamed as K03, is expected to be unveiled at the EICMA next month with a possible Indian unveiling or launch at the Auto Expo next year under TVS branding. Things are already getting hotter, we know…