India’s third largest two-wheeler making company TVS Motors launched its new advanced bike last year: the new Apache RTR Fi, to hold its foot stronger in this bike segment; well, maybe so for the bike company. But Apache fans dub that the new bike adds to the wagon of Apache stunners on the road and after so many months it turns out to be so true. 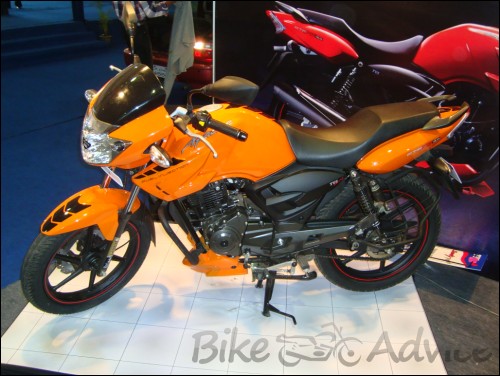 The bike features fuel injection technology that adds to greater fuel efficiency. The bike is designed to look more solid and masculine with shrouds on both sides of the tank. Indeed Apache RTR Fi looks larger than its forerunner but surprisingly TVS Motors designers didn’t alter the weight of the machine. The bike sports stylish stickers on the panels as well as on the shrouds to truly give it a racing machine looks. The disc brake at the rear gives a lot more control and comfort to the rider. The new Apache RTR Fi has new scoops to draw air which assist the engine to cool faster. Additionally, just like we see in race bikes it has a data logging facility, which gives a 0-60 second lap time and also the maximum speed indicators.

What’s New As Regards To Looks Of The New Apache RTR Fi?

Apache RTR Fi bike has split grab rails that are a mix of design and performance. The aerodynamic air scoopers help the engine to cool off quickly and the alloy black wheels are not just lightweight but will appeal all and can ride through the rough surfaces. The fuel tank is not only huge but also sharp lined so to make it look very much aerodynamic and rightly proportioned muscle, just enough for adding the beastly looks. 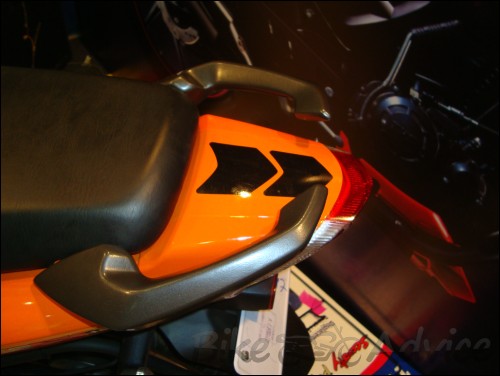 The new Apache RTR Fi features a microprocessor which has an Electronic Control Unit made of sensors, fuel pump and an injector, which are designed to give optimum fuel metering and ignition timing.. It has got forged brake lever that makes the bike stylish. The clip on the handle bar for different positions is an added feature. 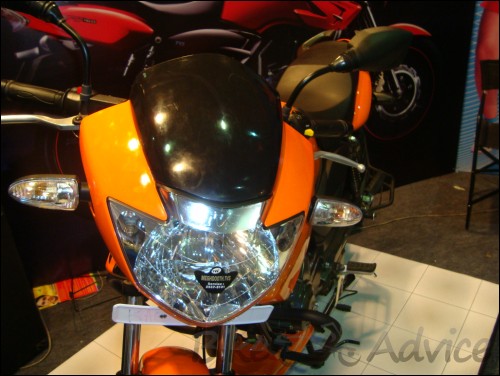 Engine and Performance: It’s the new power mill of the new Apache RTR Fi that makes it more worthwhile. It runs on a 159.7cc fuel injected engine that reaches a maximum power of 15.7 bhp at 8500 rpm and a peak torque of 13.1Nm at 6000 rpm. The top speed achievable is 120 kmph and can cross 60 kmph in just 4.8 seconds and 100 kmph in17.7 seconds. The new power mills gives Apache RTR Fi bike a fuel economy of 50-55 kmpl. The power release is gentle that motivates smoother acceleration and shifting of gears consumes less power and fuel. The fuel injection technology enables the bike to give enormous speed level.

Final Words: The Apache RTR Fi is indeed a latecomer, Hero Honda Glamour Fi and Pulsar 220cc Fi have already featured the fuel injection technology. So the competition already existed for TVS! The bike does not look any new; it is short just like its previous models. The bike seems to have spent a lot of time in the garage and the witness is the faded paint of the bike. 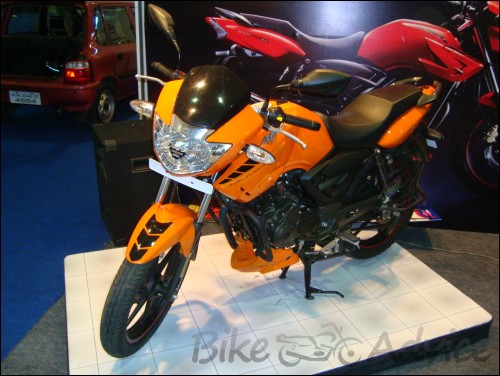 The LCD speedometer is new but the colour contrast makes it real hard for anyone to figure the numbers! The bike starts jarring once it touches the 60 kmph mark and the pick up is just fine but not too appealing. It almost feels that except for the new stickers all over the bike, there is nothing more unique in the bike. The LED lamps at the rear continue to be the same and the silencer is re-designed. The tachometer remains in the analogue form. But for engine upgrading there is nothing really great one can expect from the new Apache RTR Fi bike; in fact, the mileage seems to have dropped with the new fuel injected engine.

The bike is available in orange, metallic grey and sporty yellow colours. And it is priced on a higher end at Rs 78.000. The TVS Apache RTR Fi would definitely have an edge had it come a little earlier. Although it features many qualities of a race bike it does not stand out among other bikes that possess more or less same characteristics. I doubt if it truly stands to its tagline of race unleashed.