Hmm where shall we begin…. It was 2009 when I started driving. It was a Wagon-R, the first vehicle I drove, then we brought an i10 which I cherished driving and I started to get obsessed with cars. Then suddenly it was 2009 I realized that all my friends had bikes and I felt I was the odd one out. 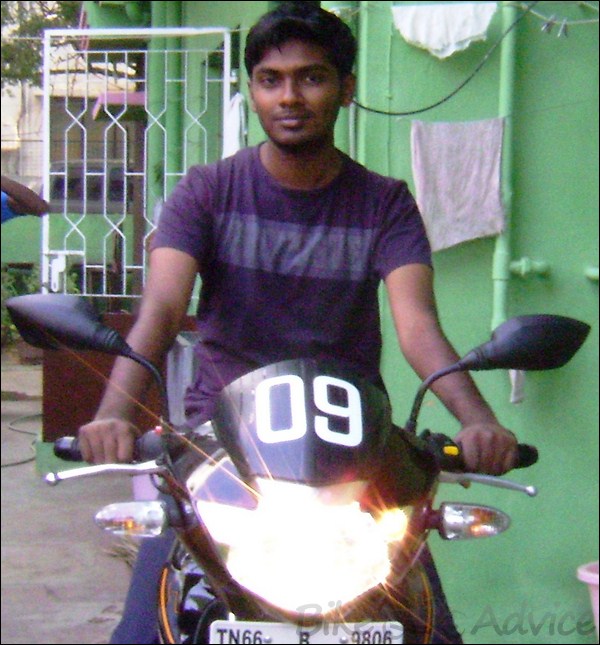 Then got my father’s Splendour + and had a go at it. First it was a disaster. Gear shifting was tough as I was used to a car than a bike. But, in a few days time I got the hang of it. Then my father insisted me to get a bike that would suit me.

So I wanted a 150 cc bike that was very successful in the market, one that was sporty and that would fit in my budjet. I listed the bikes in the 150 cc category (Dazzler, Apache, CBZ, Hunk and Fazer).

Honda CB Unicorn Dazzler: A Sporty Bike that had all the necessary stuff in it except it did not have a punch to its design.

TVS Apache: Fast and Furious thats how I would describe it. Raw power and great acceleration with a sporty look.

HH CBZ and HUNK: Classics of hero Honda refined with enough power and style to give good competition.

Yamaha Fazer: A very good high quality bike. Value for every single penny you pay but puts hole in your wallet if you drive around in the city.

So did all the calculations and settled for the Apache RTR 160 Hyperedge. I was literally in love with the bike when I saw it in the show room. I took the default black colour with orange and blue disintegrated racing stripes running on it. Really cool.

The bike stands true to its caption Racing DNA unleashed, it really unleashes the racer in you.The apache has very grunty exaust note which sounds like a big bike while other 150cc bikes feel like starting an electric scooter. The engine is not as refined as the other engines like Hondas or Yamahas or the Suzuki’s but can make other bikes eat dust. 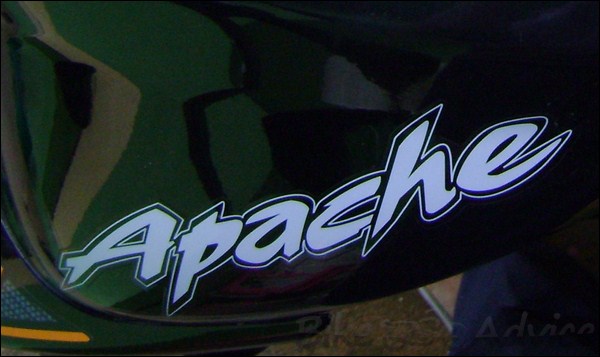 It has vibrations that occur at 56-68kmph before and after that the engine is as smooth as butter. The engine churns out 15.2Ps of power at 8500rpm. With a weight of 136 kgs the bike is a pleasue to ride around in the city and not tedious. It makes you rev and rev harder until you lose your breath but it does not even break a sweat at 12000 rpm. At that rate you would be covering 120kms in an hour in the highway. Ive done 109 kmph and ran out of road.

TVS Apache RTR 160 Hyperedge according to me is one of the best styled bikes. 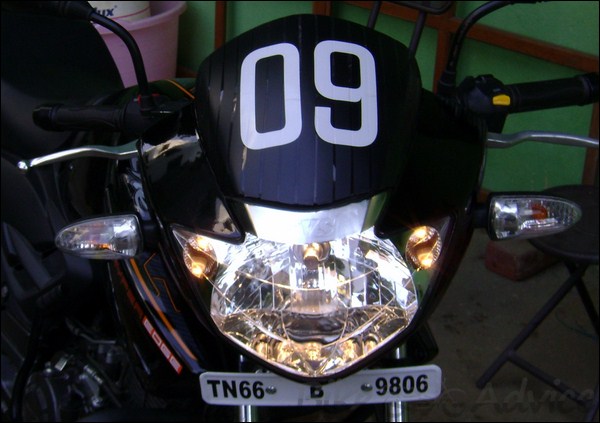 The best part of the bike. Among the other bikes in the market the RTR and the R15 stand out in the handling department. Flick the bike in any gap you want and the bike immediately obliges. Cornering is a dream with this bike. 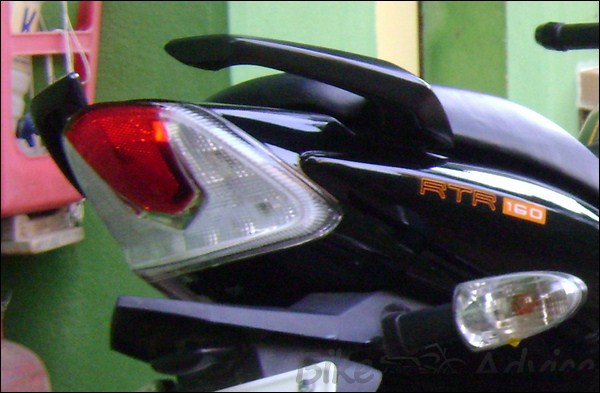 All bikes corner c curves with ease but this one is special. With its racing bike riding position and rear set foot pegs you and your bike create a magical aerodynamic bonding that lets you corner like a professional. The bike’s tyres are bit of a concern as it loses its grip in wet surfaces but otherwise its good.

The aerodynamic tank scoops and chassis provide better control and makes you feel comfortable even for a knee scraping corner.

My bike has front discs and rear drum brakes. The drum brakes are not as good as you would like it to be but the 270mm front roto petal discs provide razor sharp braking. My advice would be go for the rear disc too. 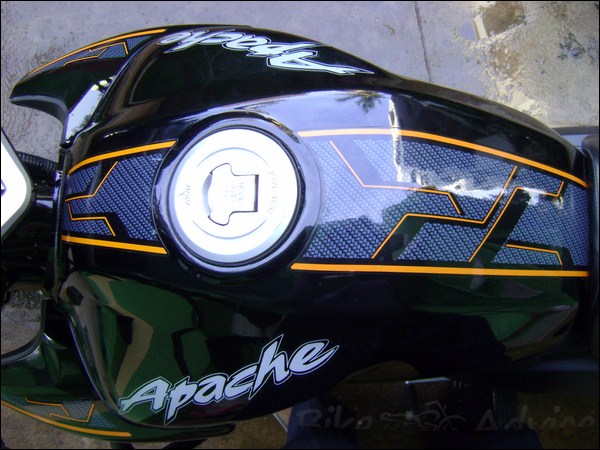 In the highways it will offer 70 -77 kmpl. But who cares about mileage when you can reach 60 under 6secs. 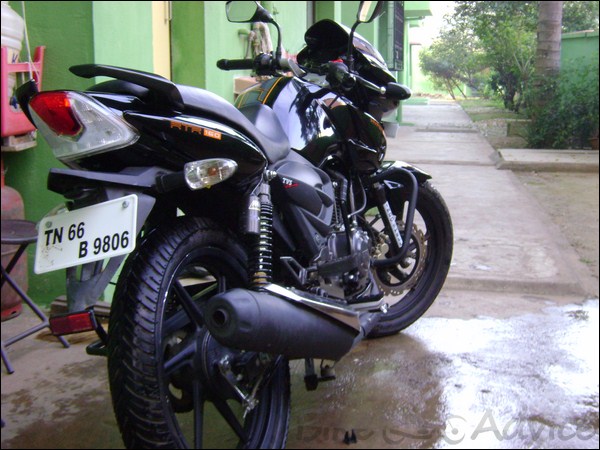 It may feel awkward at the beginning but once you get used to it you will feel that sitting upright and riding a bike is really old fashioned. the bike like that is fun and make you feel like a racer.

If you are conservative, think about mileage and want a breezy engine that will sound like a 100cc bike then do not even have a look at its ad. On the other hand if you are young, need lots of adrenaline rush, need a bike that feels and sounds like a higher capacity bike and want to know how a racer feels while riding his bike well then close your eyes and go for this fire breather TVS Apache RTR 160 Hyper Edge and you will not regret it.

Please feel free to leave your comments and queiries.