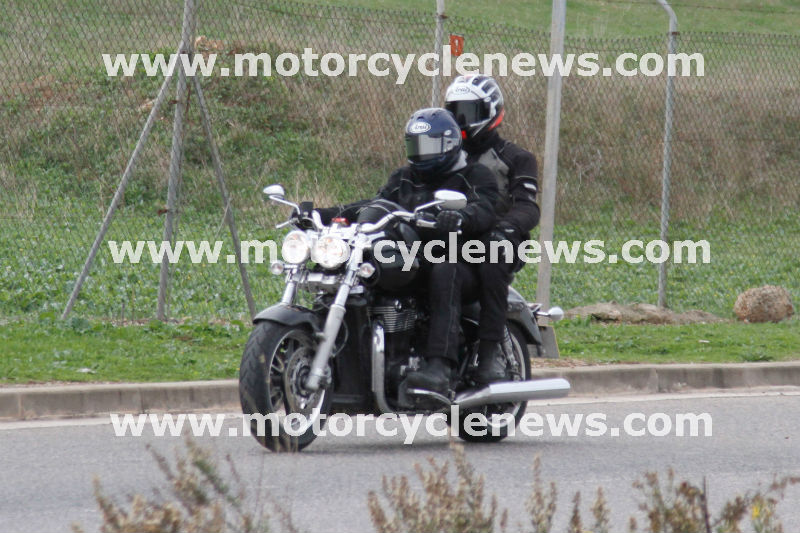 MotorCycle News (MCN) has reportedly caught hold of some exclusive pictures that show Triumph motorcycle models being tested. Three Triumph motorcycles have been caught testing by the online blog. Two of the models are just upgrades to the existing line-up while the third one is an all new addition to the company’s portfolio. The all new motorcycle is a naked motorcycle built on lines of Street Trackers/ Cafe Racers. It is based on the company’s existing Bonneville bike chassis. The two upgrade models are of the Tiger Sport 1050 and a Thunderbird cruiser bike.

The Bonneville based cafe racer model caught on test clearly shows the use of latest state-of-the art suspension technology and braking systems and is expected to hit the international markets by 2014. The Tiger Sport 1050, on the other side boasts of a new swingarm, suspension parts and wheels, it looks to be in the final stages of testing prior to the commencement of production. This is expected to hit the markets by 2013. The updated Thunderbird Storm features new wheels, new forks and a major styling update. The updated bike looks similar to the Harley Davidson’s Fat Bob model. 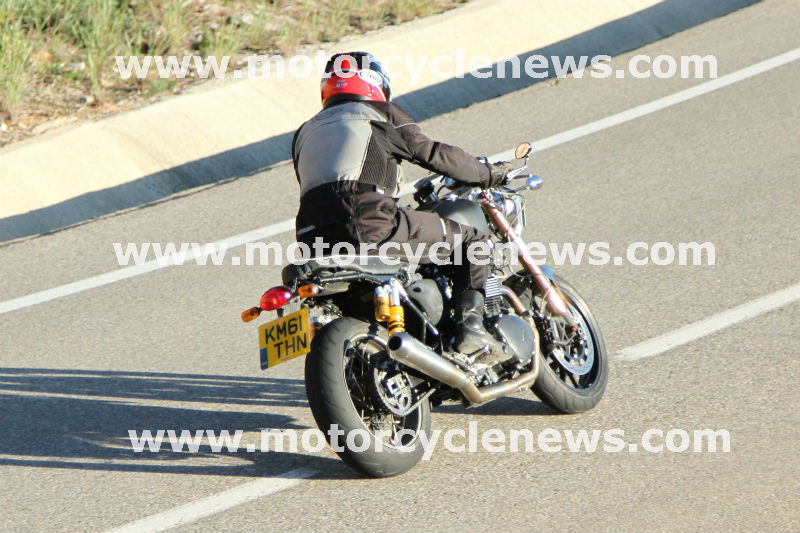 With increased popularity of Cafe Racers, Triumph is hoping to cash in on the craze with its Street Tracker type motorcycle. While the Thunderbird aims to pull in prospective Harley buyers, the Tiger renowned for adventure motorcycling will further strive to compete with its rivals with improved performance. Triumph has already announced its foray into the Indian market. It remains to be seen when these models make it to the Indian shores.