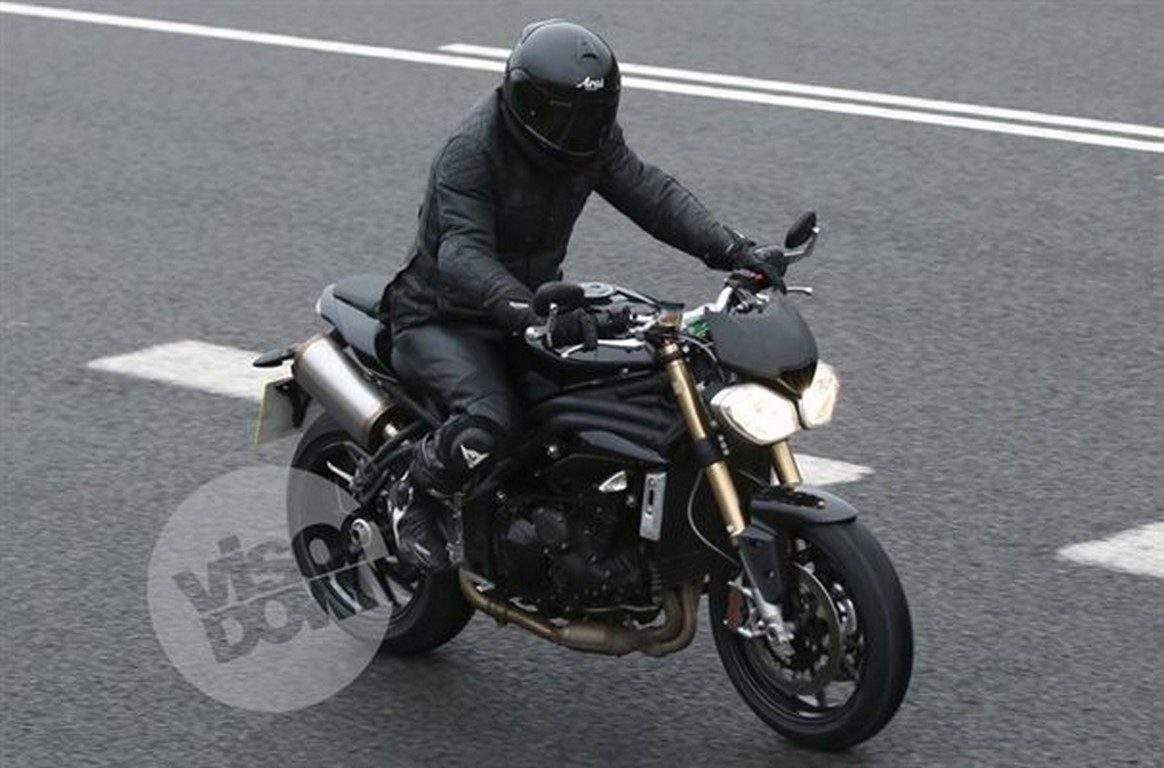 Triumph is busy testing its new models in Europe. The Britain based company was recently caught testing an updated Speed Triple in Spain. While there have been no words about its launch yet, but considering its aggressiveness for our markets, expect the Brits to consider launching it here in India as well, sometime after its international unveiling. 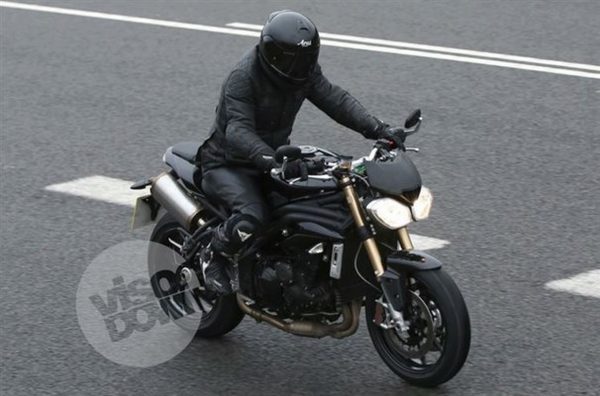 The bike, spied by the folks at VisorDown shall continue to sport the same three pot 1050 cc mill though as per the report it might get a slight boost in power output thanks to the larger air intake rams.

Apart from a revised tail end and separate rider and pillion seats, the update shall also see the Speed Triple gain a new look for the fuel tank and radiator side covers. Even the braking is expected to get a boost with the Brembo monobloc brakes seen in the test unit.

Monobloc Brembos have so far been seen only on the slightly higher positioned Speed Triple R model. What we would love though is a slight loss of weight and introduction of traction control to further boost its handling capabilities.

Apart from this, Triumph is also working on a new café racer called Street Tracker which will feature an all new two pot mill.