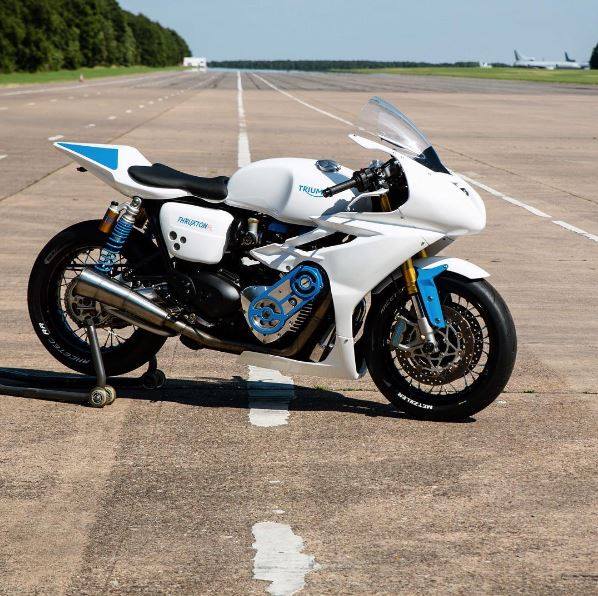 The concept of forced induction is not exactly new. All the Japanese Big-Four makers had a turbocharged motorcycle in their line-up in the 80s. However, problems with heat dissipation, turbo lag and centre of gravity, led to their untimely demise. The Frenchmen at Peugeot did have a scooter in early-2000s with a supercharger helping the 125 cc have an output of that of a quarter litre. But that too met a ugly end.

However, it wasn’t until Kawasaki brought the H2 and H2R that forced induction was seen seriously. Well, wanna know who is now meddling with supercharging? The British bike maker Triumph. At a recent motoring event in Germany called Glemseck 101, the Triumph brought in not one but two supercharged models based on the Truxton R.

Called as ‘The White Bike’, the faired motorcycle won the challenge. She was shod with a tailored Daytona 675 R seat and fairing. The swingarm was also worked on while the gearing was modified to transfer the increased power to the tarmac effectively. The 1,200 cc parallel twin is said to have increased the output from the stock 96 bhp to around 140 bhp. The torque too was raised from 112 Nm to 157 Nm. The traditional white and blue paint scheme has been a Triumph special for a long time now. 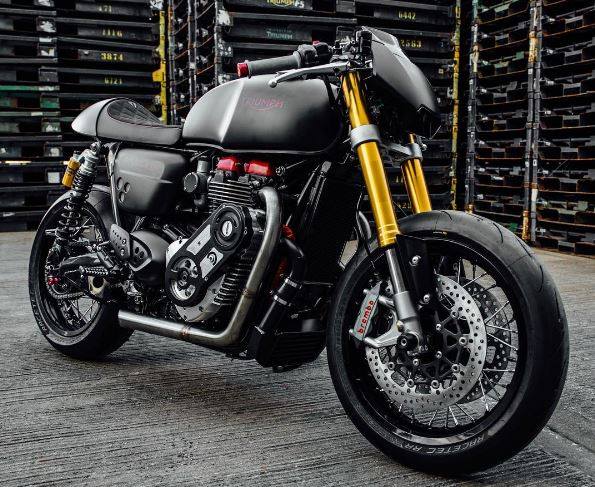 The second supercharged wonder, called as ‘The Bulldog’, carries a no-nonsense, all-black livery. The deep braced swingarm is a key change. Intake seems to have been lifted from the Speed Triple R. The rear end appears smoother while the exhaust system has been modified as well with twin single pipes on either side.

All said and done. These bikes do seem like a one-off concept but with emission norms becoming stricter, it is only a matter of time before manufacturers across the globe take the idea of forced induction seriously. Triumph too will also have to embrace the change then!