The first day of the Auto Expo 2012 was pretty impressive to a greater extent with most of the major two – wheeler makers unveiling their new products which include both bikes as well as scooters. Here is a small post, taking just three best bikes which were launched yesterday. 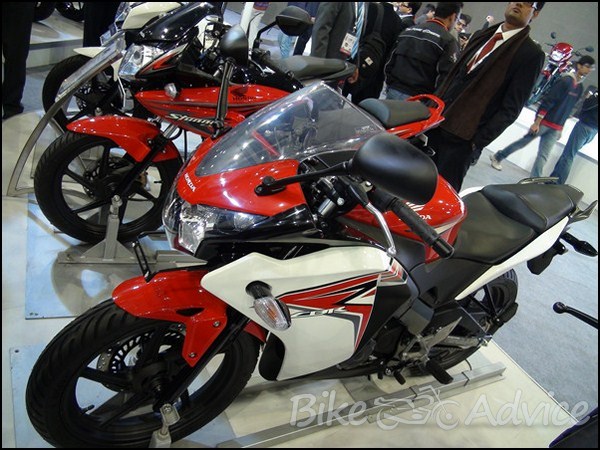 Honda has decided to dominate the Indian market soon after the split between Munjals’ led Hero group and Japan’s Honda group. CBR250R was launched last year and we don’t have to say the way it changed the game for Honda.  The company has now launched the lower displacement CBR150R – the lower displacement version of the CBR250R, which is the CBR150R.

Though it was hyped for quite some time, the company had not revealed officially till today about its launch.  I’m right now in the capital city, as many of you guys know covering the expo here. But, I was stunned to see the response from you all in our blog as we posted the pics of this beauty. We were in fact very happy to see this launch live from their stall and that too in the morning itself. All the details we have about this bike have already been shared for you to take a look. The colour schemes of the bike kept on display was an attention grabber today. So, as I post this write – up, I would rank this bike as the best bike which was revealed today. 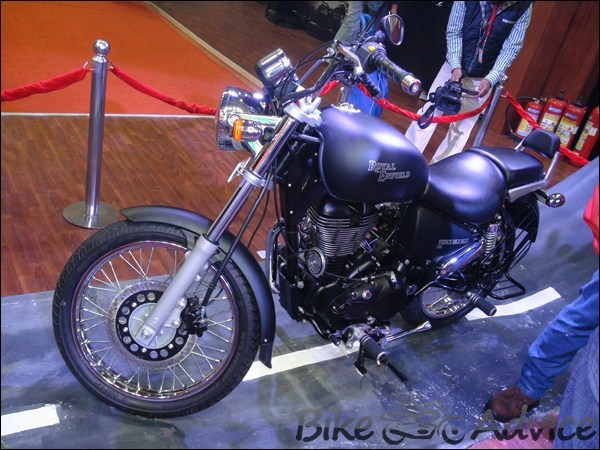 Royal Enfield is always the most preferred bike when it comes to hardcore bikers’ choice. Though many people rate the Classic series better than the ThunderBird, I’m personally a big fan of the latter right from the day of the launch. I’m also a big time fan of matte black colour. For a guy like me, what more can a company like Royal Enfield offer other than the ThunderBird 500? The bike in the matte black was just stunning. It was amazing guys. This was the first bike there which caught my attention right in the first site.

Let me throw my thoughts apart from my personal attractiveness for this bike. 500 cc bikes from Royal Enfield are not new anyways. There is the Classic series which is doing great business here already. Also, this was just not a mere engine upgrade.  The new ThunderBird 500 boasts an analog-digital combo speedo which looks cool on this bike, without losing its macho looks, which is the highlight here. I mean, RE bikes have to me macho and in fact that’s their basic identity. The black engine certainly needs a mention here. Then comes the projector headlamp which makes it an even more ideal cruiser. The LED light are latest add – ons which looks stunningly cool from the rear quarter. Kudos to Royal Enfield for having come up with such a wonderful product without much hypes and noise. 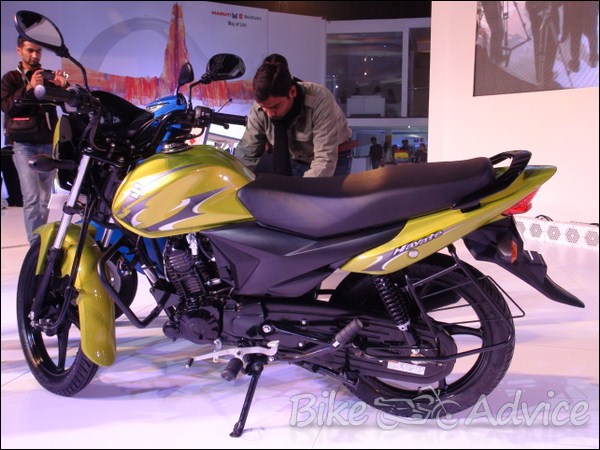 Suzuki has always been a silent player in the Indian market. Though their foothold on the bike segment is not as good as their grip in scooter segment, they do have good bikes with them and the GS150 is a live proof of it. Understanding the fact that the company has to get into the mass market segment for enhanced sales figures, Suzuki launched its first 110 cc commuter bike named Hayate. The name itself is very different on the first shot which is impressive to an extent. Anyways leave it; we’ll not have much of discussion on this aspect. The bike is a bare minimum one which caters the needs of an economical and a fuel – efficient city commuter. The company had no product earlier in the 100 cc segment and this is their first product to step into here. Design wise, it is nothing but more of its 125 cc bike – Slingshot with a mild touch of its 150 cc sibling – The GS150.  Though there is not much to share about this bike interestingly, one has to agree to the fact that compared with the other bikes which were launched today, this was indeed better to a greater extent.