If you haven’t had a chance to visit the Bangalore International Auto Expo 2009, do not worry, I will make sure that you get the closest possible experience here at BikeAdvice. 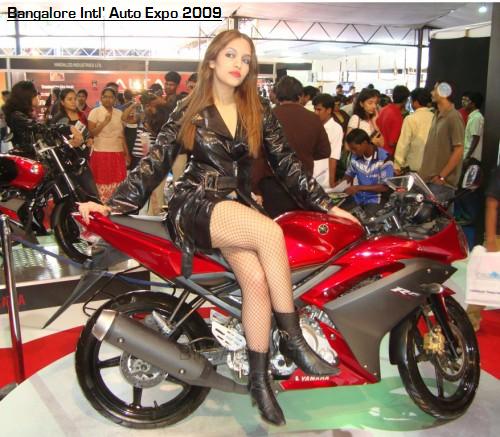 I made it to the expo on the last day but hopefully I was lucky enough to reach there by 9.30 AM. Since it wasn’t crowded in the early hours, I was able to take photos of the big bikes with no hassle. First, I visited the Yamaha stall which featured the R1, MT01, R15, FZ16 and Gladiator. 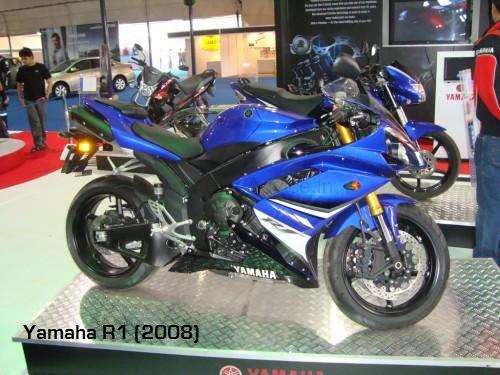 I asked whether they would give me a test drive and the sales guy looked at me as if I wanted the bike for free. I came to know that Yamaha has instructed the showroom owners not to give test drive of the imported bikes because Yamaha thinks that the status and brand image of the bike will come down if non-potential buyers test it. I am not sure how far it is true. 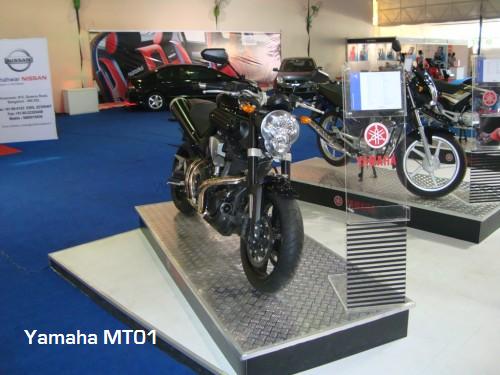 These Yamaha bikes are owned by the largest showroom in the city named Bangalore Wheels. They told me that they have sold 21 Yamaha R1s so far and less than 10 MT01s. I came to know that all the R1 buyers were below 30 years of age and MT01 buyers were around the age of 40 – 45!

After a while, a sexy model appeared on the R15 from nowhere and people started crowding around the bike and the model, clicking their cameras continuously without satisfaction! After some time she got tired and someone took her away. 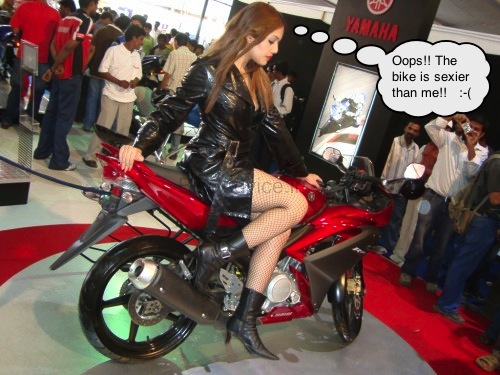 Then I visited Suzuki and met with Mr.Hemant Kumar, an automobile engineer who is responsible for sales and service of imported bikes. I asked him a lot of questions about Hayabusa and Intruder and he answered them all. I looked for more stalls but I was disappointed to find out that Hero Honda and Bajaj couldn’t make it to the expo because their trucks got stuck due to the strike.

That’s it for today’s post. Reviews of imported Suzuki bikes, an article about bike modification, a review on GPS navigation system for cars and bikes and more cool stuff from the expo is coming up in the next few days. Stay bookmarked!