Tube Investments of India, a Murugappa group company is eyeing for a big breakthrough in battery technology, as it hopes to crack the electric vehicle conundrum. It is this company which manufactures BSA electric vehicles and the hunt for the best technology is to implement it in these vehicles. 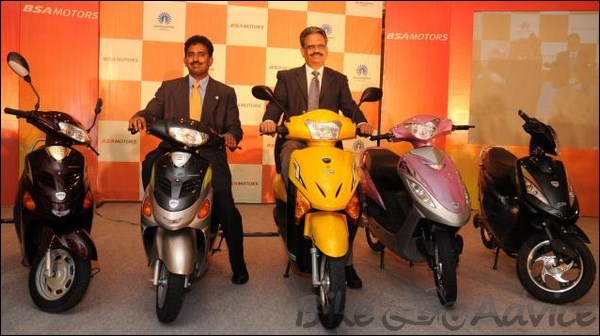 “We know what consumers want in electric scooters. They want the same experience as petrol scooters – (which simply means) better battery, fast charging, speed and good pick-up. But we don’t know how to achieve it. We are exploring long-term plans by talking to people on the technology side. We are taking a long-term view to get somebody to work with us, even if it takes time,” said Mr L. Ramkumar, Managing Director, in an interview.

He said that their engineering division did better than last year in absolute terms due to the growth in the two-wheeler industry; if the cars situation had been better, we would have had much better sales. We also did well in chains, again due to two-wheelers. We have been increasing our chain capacity from 2010-11 to end of next year, we will increase capacities by nearly 60-70 per cent across greenfield and existing facilities. As for bicycles, we started the year slowly; second quarter was better and the third even better. But the pressure on margins continues. We have not been able to fully pass on the price increases because the market is not growing and everybody is holding on to prices. We have increased prices to an extent over the last nine months, across categories. There has been a growth in volumes in the third quarter. We continue to see a growth in bicycles. But margin pressure will continue.

The company is also into exporting few of its bicycle range outside the borders and they mainly concentrate on kids bicycle range when it comes to exports. The company got affected by the currency rates which created a havoc among all major companies. Also, it is this segment which is the most price sensitive according to the company sources. He claims, “But in the high – end segment, we are able to pass on the increase. The focus is to have product design and development which is so differentiated that price is not such a consideration – the percentage of bicycles in this category should increase. We should also look at internal cost controls.”

When asked about their electric scooter business, he said, “They are chugging along slowly. The problem is endemic with the industry. People want the same experience as they have with petrol scooters. There are also some attendant issues like where do you charge the battery. We have restricted our distribution to a few States so that we can concentrate better.

People want a better battery, good pickup, fast charging, less cost, good speed at 65 km per hour… then we have a winner. We know what customers want, but nobody has figured that out yet. Lithium ion batteries are used in Europe, but then the cost goes up tremendously.”

He also added that the Government subsidy helps to some extent – there was an initial improvement in sales, but it has plateaued now. But we are not basing our strategy on subsidy. We are exploring long-term plans – we are talking to people on the technology side. We are looking for a breakthrough in battery and motor controller. The company is taking a long-term view to get somebody to work with us, even if it takes time.

In China, electric vehicles are working because of legislation that says one cannot bring fossil fuel two – wheelers into the cities – 22 million units of electric scooters are sold every year.

The company manages to sell 600 units of these scooters every year and the maximum figure that they’ve managed to sell was 900 units a month. The company is ideally forecasting to do 2,000 a month. There was a spike when petrol prices went up in the months of April to June this year.

He then answered a question about the company’s plans for the next year. He said that most of our plants are working on peak capacity, prompting us to go for several greenfield plants. Next year, we will expand in tubes with a new plant in Chennai at an investment of Rs 200 crore. This will cater to the hydraulic cylinder segment used in excavators. This is to take a step out from auto so that we are not heavily dependent on it. We will also expand our automotive tubes with a INR 250-crore plant, most likely in Punjab, to cater to companies like Honda, Hero MotoCorp, Suzuki, Yamaha and Bajaj.

He then added that we are investing Rs 50-60 crore for expanding industrial chains. We are looking at a plant in Chennai. On the automotive side, we will do higher value chains for higher CC motorcycles, which is going to be the future. TI will also set up a plant in the East for cycles – in the states of Orissa or Bihar.

He was also asked about the potential that the company holds in its exports market.He answered for this question by answering that a large percentage of chains turnover is exported. We will do INR 100 crore this year from industrial chains. With the Sedis acquisition, we are trying to expand further, leveraging its brand. We are also looking at certain markets where both of us are not present like the US. There are certain types of chains either of us can make. Together we can give a better package.

There is also an export opportunity in tubes. This year, we will do INR 85 crore. We used to concentrate on the passenger car segment for Europe and America. Now, we are focusing on the critical parts (front forks, shock absorbers) of two-wheelers in South East Asia – Indonesia, Vietnam.