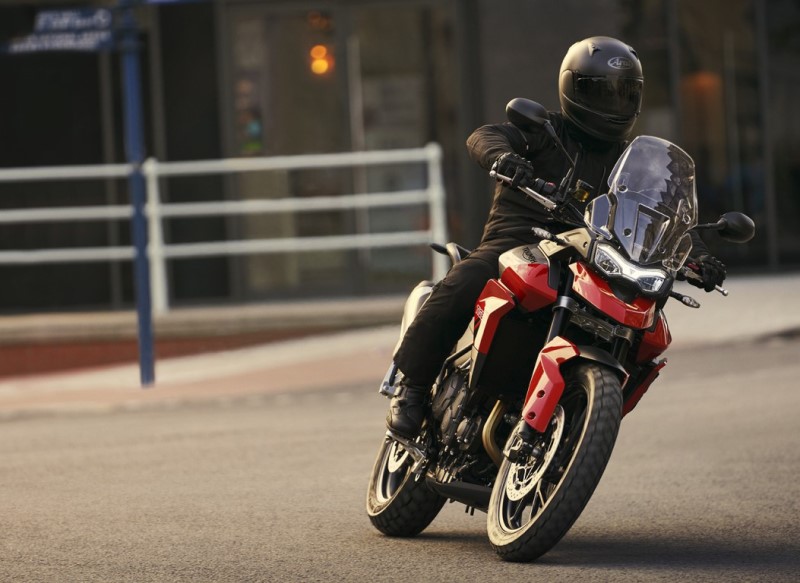 Tiger 850 price is around Rs 1.75 Lakh lesser than the 900; it becomes the most affordable adventure tourer from the company in our country…

Triumph has officially launched the new Tiger 850 Sport in India. It becomes the entry level offering in the Tiger line-up, and it is a road-focused motorcycle with easy rideability.

This motorcycle is cheaper than the Tiger 900, but shares most of its underpinnings with it, including the frame, engine, and other mechanical components. With the new 850, Triumph is planning to bring first-time buyers into the Tiger family.

The inline three-cylinder motor comes with 1-3-2 firing order, and is paired to a six-speed gearbox. It is also equipped with a slip and assist clutch, ride-by-wire, and two riding modes – Road and Rain.

In terms of features, the Tiger 850 gets a 5-inch high-contrast TFT display, all-LED lighting with LED DRLs, dual-channel ABS, switchable traction control, and a lot more. While the suspension duties are handled by premium Marzocchi units both at front and the rear, braking duties are assigned to Brembo Stylema calipers.

The Tiger 850 Sport will be available in two color options, including Graphite and Diablo Red, Graphite and Caspian Blue. Bookings for the bike are already open, and deliveries will commence soon.