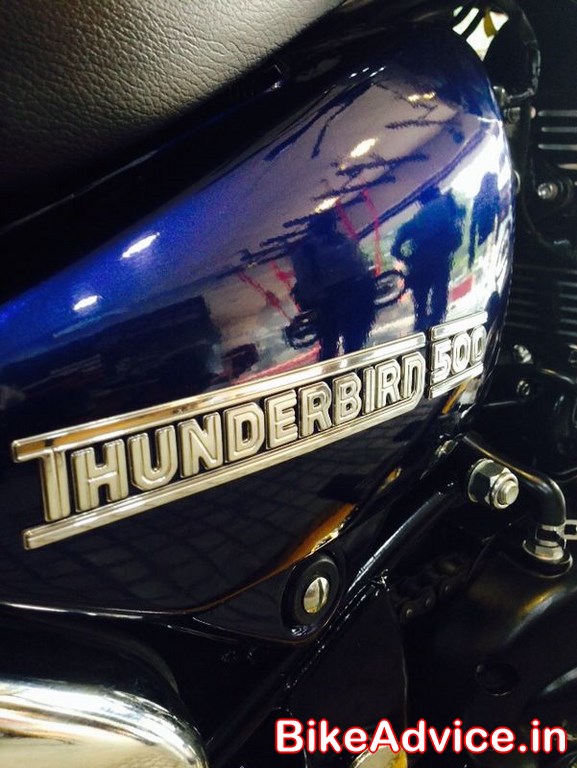 Royal Enfield’s new logos have not really been received very well by our readers. The new logos might be a bit contemporary and effervescent but they are not going down too well with the purists. The new monogram is also not something which the average true blue Royal Enfield will greatly appreciate. 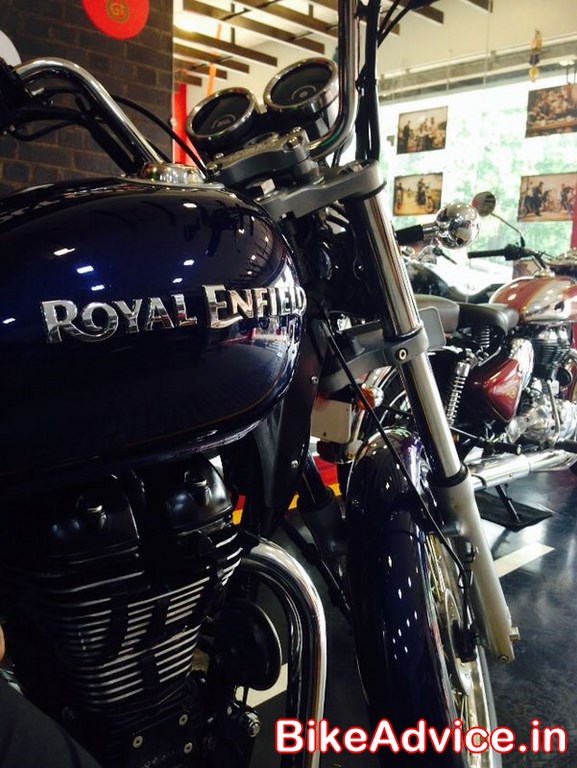 The ‘Made like a Gun’ motorcycles, started way back in 1901 will have a cannon drawn on it, linking its present day products to the rifles, cannons and other ammunitions it used to make before they decided to make motorcycles. The legendary Madras stripes have been a very prominent addition as well.

Amidst all this, Royal Enfield has come up with new colours for its motorcycles. Here we list the changes and additions to Thunderbird… 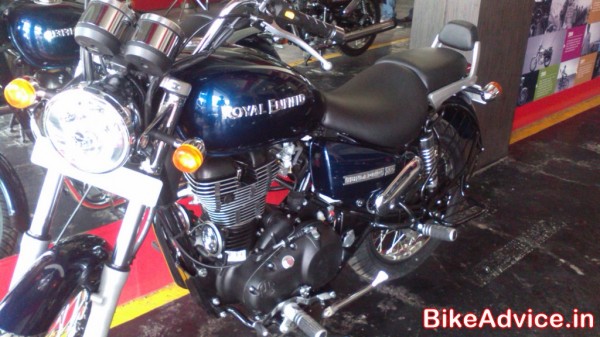 Unlike what it was earlier, both Thunderbird variants – 350 and 500 have been standardised with the same set of colour options. They are..

So, Thunderbird gets two new colours, Green (which the company, for some reason, calls ‘Lightning’) and Blue (Marine), and I must say, the marine shade surely looks interestingly good. The matte black (which they call as ‘Stone’) also continues to be available. This also means that you can also own the Stone (matte black) colour on the Thunderbird 350. The Lightening green looks just about average. Both the new colours are metallic! And yes, the regular black has been discontinued… 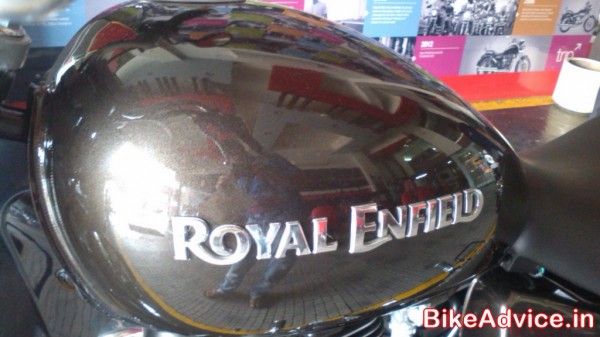 Specifications of both the bikes continue to be the same. Thunderbird 500 produces 27.2bhp and 41.3nm of torque from its 499cc engine whereas Thunderbird 350 churns out 19.8bhp of power and 28Nm of peak torque from its 346cc twinspark air cooled motor.

Waiting period quoted by a couple of Royal Enfield dealers in two different cities is about 2 months and prices seem to have remained the same.

A few pics shared by our reader Savio!