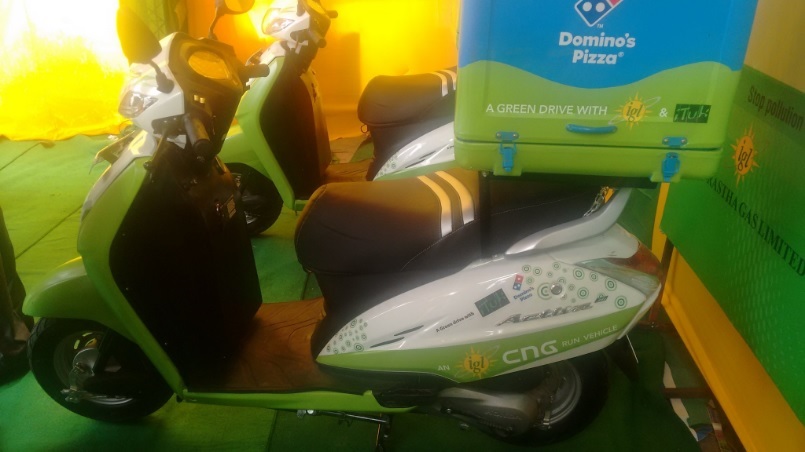 Towards the beginning of the new millennium, the national capital shifted its dependency to Compressed Natural Gas (CNG) for powering public transport. 2016 and buses, taxis and private cars running on CNG are a common sight in Delhi, however, the two wheelers have been largely neglected from this eco-friendly fuel.

To bridge this gap the central government has announced that they are going to run a pilot project of CNG powered two-wheelers which are retrofitted with a kit. The kit in concern has been developed by Gail India, the country’s largest state run natural gas processing and distribution company. They have also be certified for use by Automotive Research Association of India (ARAI). 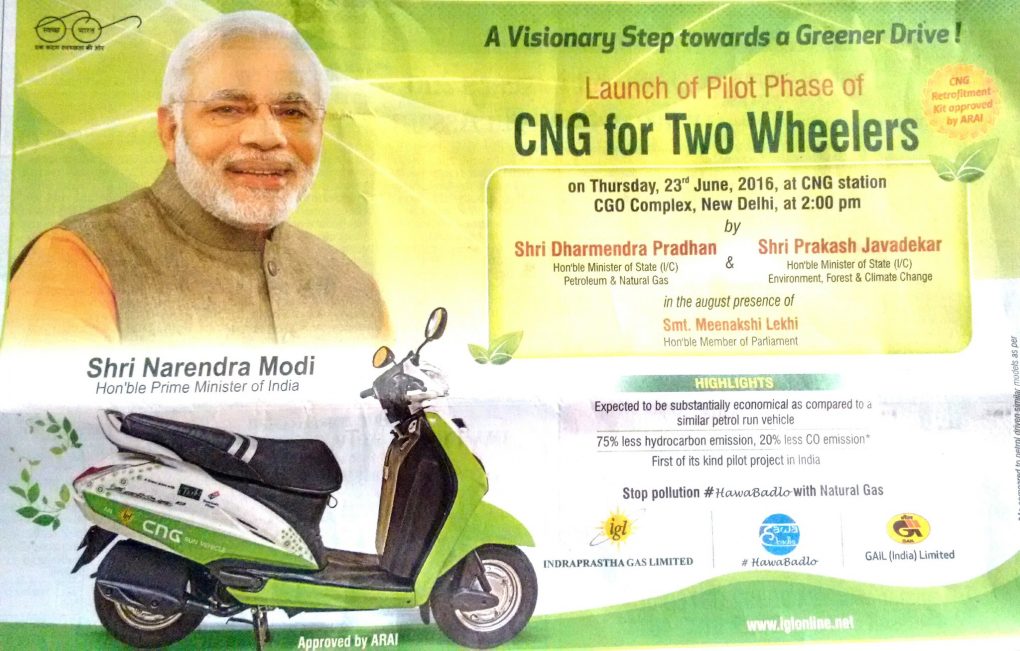 Part of the ‘Hawa Badlo’ movement initiated by Indraprastha Gas Ltd (IGL), the kit is claimed to be more fuel efficient than the vehicle’s petrol driven version. They even go on to add that the retrofitted two-wheeler will have 75 per cent lowered hydrocarbon emission than the petrol counterpart. Carbon monoxide output too is said to have been pulled down by 20 per cent.

The pilot project involves 50 retrofitted CNG two-wheelers. The first batch of 10 such vehicles were flagged off today. The kit comprises two CNG cylinders of 4.8 litre water capacity, each of which can be filled with up to 1 kg of CNG in each cylinder. If we talk about range these two-wheelers can travel up to 120 km.

Interestingly the Delhi Government is trying to ban retrofitted CNG kits in cars to avoid unauthorised changes putting road users at risk. What say guys? Do you think CNG in two-wheelers is a good idea? All that added weight of the CNG storage tank and the space consumed by it? Do tell us in the comments section about your views.