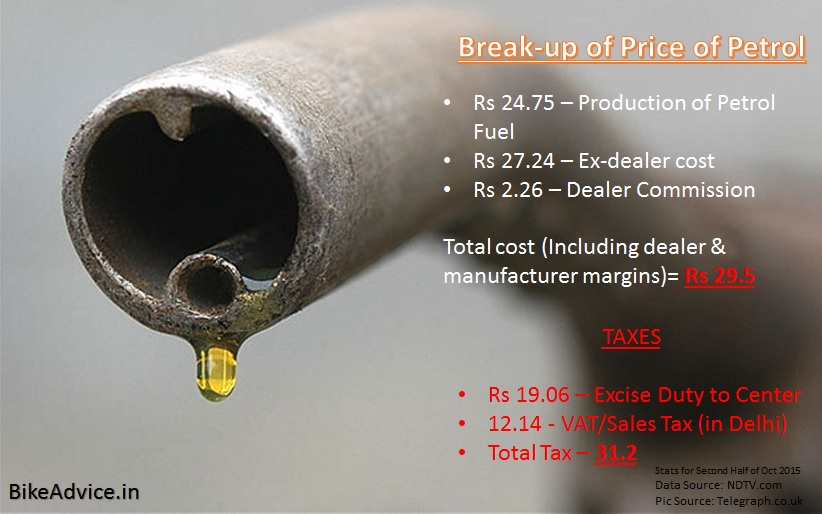 Petrol, Gasoline, Benzina. Yes we know it by many names and it is what powers our motorcycles! But what if we tell you that the actual price of petrol is a lot less than what you actually end up paying at the fuel station!

Yes, with crude oil trading somewhere around 43-45 dollars a barrel right now, things can be a hell lot cheaper. Unfortunately they are not. An interesting article on NDTV Profit has cracked some very interesting numbers and we will like to share them with all of you… 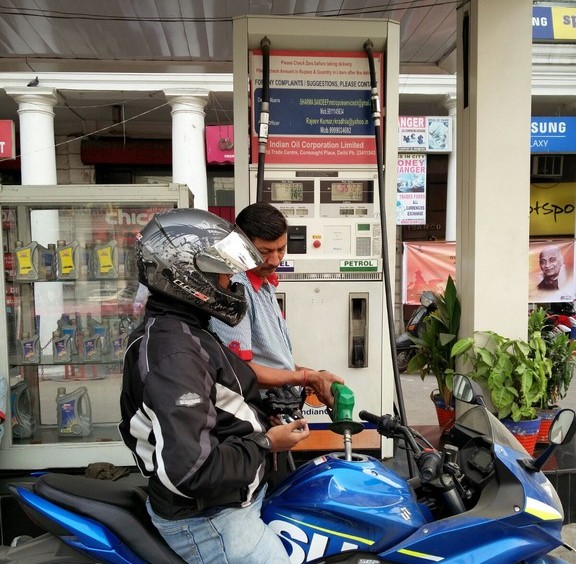 As per the report, based on the foreign exchange rates and crude oil prices of October 2015, the actual cost of production for oil companies comes to around Rs 24.75 per litre (ONLY). This in turn they sell to dealers at Rs 27.24/litre to bring in profits and other costs. The dealer in turn pockets about Rs 2.26/litre for their own profits and expenditures. So, after all the stakeholders have got their share, for every liter of petrol you and I should pay less than Rs 30 per liter, correct?

This means roughly about Rs 31 is what goes to the various governments which is higher than the actual cost of petrol including profits to manufacturers and dealers. So, now you know how much of those Rs 60 odd rupees you paid to that petrolwala went to the government. And this is apart from all the truckloads of ever-increasing taxes and duties we pay on our income, food, eatables, utensits etc.

Taking advantage of the extremely low global crude prices, instead of passing them to customers, government has increased excise duty on petrol at least five times within this year. They have been increasing excise duty on petroleum products to work on its fiscal deficit, which in simple terms means that the government’s total expenditure goes beyond its revenues. Yes, you have been paying all those extra dimes just to make your governments books look good!

Want to hear another ball buster? The Swachh Bharat Cess (newly imposed) can increase the price of your favourite liquid by further 0.50 per cent!