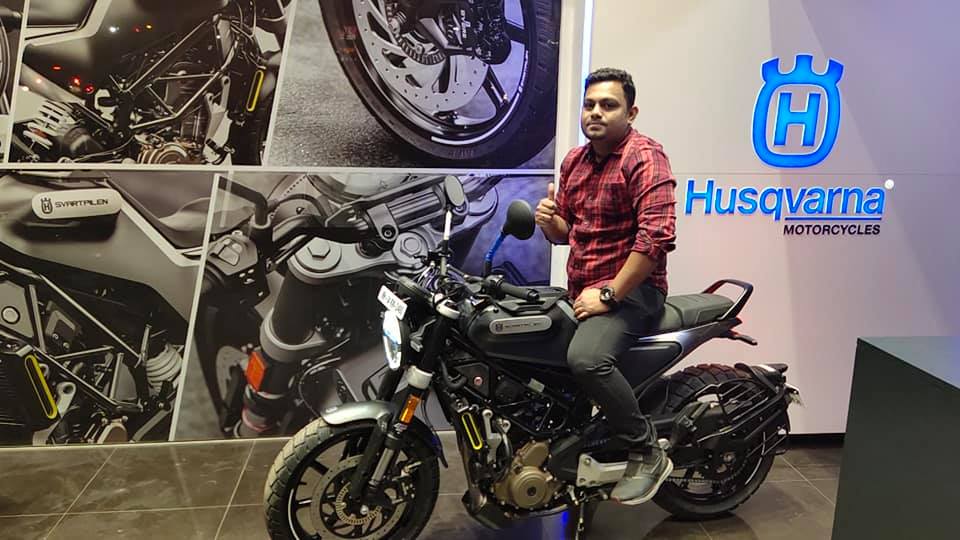 Husqvarna Svartpilen 250 deliveries have commenced in India from an authorized dealership in Thane. The motorcycles are available at introductory prices for a limited time…

After its official launch last month, Bajaj has commenced deliveries of its new brand – Husqvarna in India. Husqvarna is owned by KTM where Bajaj has a near 50 percent stake. Motorcycles under the Swedish brand are a part of Bajaj’s Probiking business unit and are manufactured in Chakan, near Pune.

And few weeks after the price reveal, Husqvarna deliveries have commenced and the first motorcycle has been handed over to a customer named Tanmay Pawaskar by KTM Thane. It is the Svartpilen 250 that Tanmay has preferred over its sibling Vitpilen.

The Svartpilen is expected to garner a bigger chunk of sales owing to its more versatile usage. Svartpilen comes with an upright seating posture and raised handlebars. On the other hand, the cafe racer Vitpilen 250 is more dedicated and has a forward biased posture.

Both the quarter liters are powered by the same 250 cc engine from the KTM 250 Duke and can produce 30 PS of peak power and 24 Nm of max torque. According to a statement from the company, the Huskys are being shipped to 100 KTM dealerships in the first phase (located in 45 cities). In a few months from now, Bajaj has plans to increase the reach to nearly 400 (KTM) dealerships across 275 cities of India.

Both the Husqvarnas are priced at an introductory tag of Rs 1.80 Lakh ex-showroom Delhi, Rs 20,000 lesser than the equivalent 250 Duke. This is a completely opposite strategy KTM is following for its Husqvarna range in India because internationally, the KTMs are placed under the corresponding Husqvarnas.