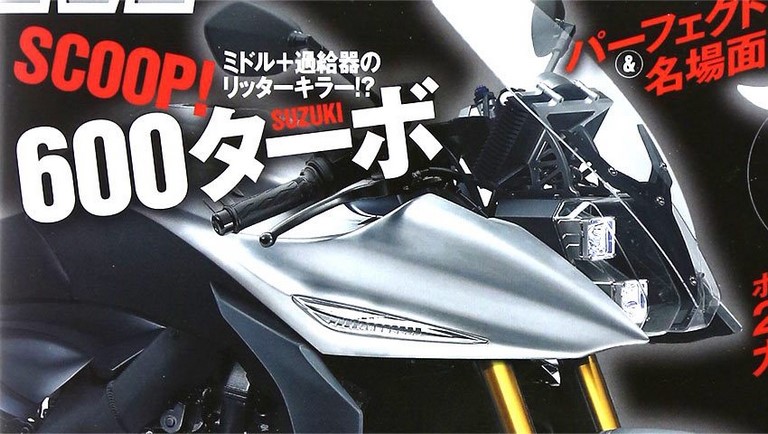 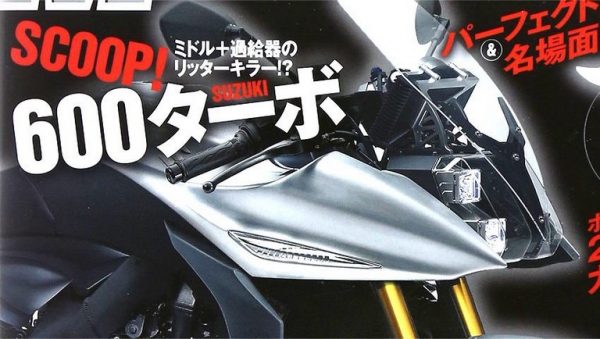 The company had showcased a prototype of a somewhat similar looking motorcycle, Suzuki Stratosphere, back in 2005 but that was a 6 cylinder 1,100 cc engine. There though is a striking similarity in the head lamp layout which is graced with LEDs.

Reported by Young Magazine, which is a Japanese motorcycle magazine (via TMCblog), the spy picture also reminds us of the Suzuki Katana, a motorcycle which they made from the 80s to early 2000s. It is not sure whether they are developing an all-new engine or thinking of using the existing 599 cc, 4 cylinder mill, liquid cooled, DOHC mill. 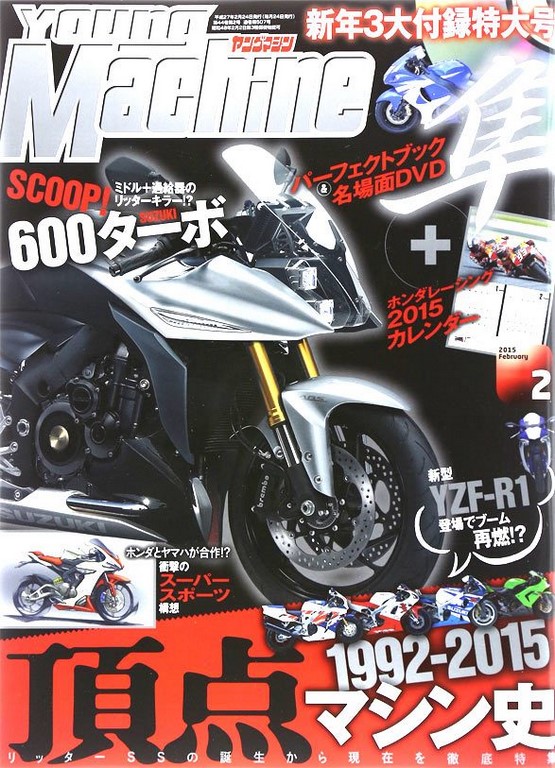 The bike from the spy pic reveals very little, but we can notice upside down front forks, brembo discs. The indicators integrated into the fairing look great and so does the front visor. The semi-fairing goes on to be a part of the fuel tank, the angular looks of which makes the bike looks muscular.

Very initial days these to make out anything reasonable from this ‘scoop’ but with time, new details will crop up…Till then, we wait!