Suzuki has unveiled the much awaited 2011 models viz. GSX-R600 and GSX-R750 at the ongoing 2010 Intermot cologne show. At the show Suzuki unravels these two sports bikes that are up for grabs in 2011. Both the bikes have received major designing and technological improvements. Suzuki’s officials confirm that the two bikes are purely an invention of technological advancements. They also admit the fact that they have not released a bike of this caliber since 1996. Both the bikes are estimated to be powerful and gritty as sports models should be. They are muscular, technological advanced and fully equipped with features. 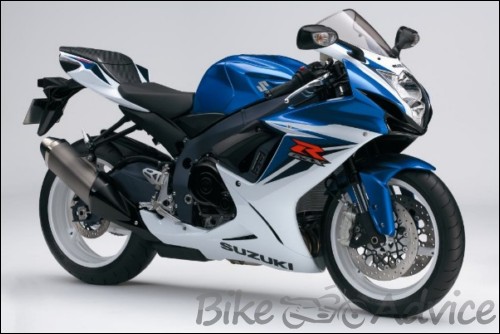 As far as the features of the two bikes are concerned, both the sports bikes are fitted with liquid cooled engine with SRAD Induction i.e. Suzuki Ram Air direct. In addition the bikes also sport a digital engine management system, which helps the engine to capitalize and use the resources efficiently for improved performance. The engine management technology results in improved throttle response, peak power and rpm output with improved efficiency. Both the bikes have a unique chassis design each fitted on lighter aluminum frame with 15mm shorter wheelbase. Shorten wheelbase reduces the distance between handlebars and the seat. The wheelbases of GSX-R600 & GSX-R750 are 1.390mm and 1.385mm respectively. 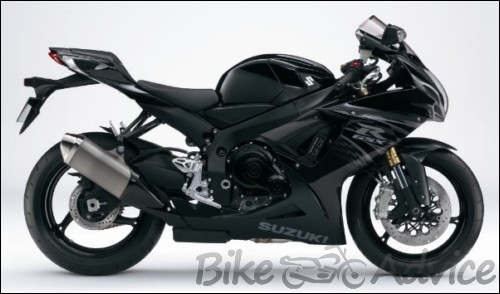 Suzuki has unveiled both bikes with features like 310mm fully-floating front disc brakes, new radial-mount and four-piston Brembo monoblock calipers. Another addition to the features is the Suzuki Drive Mode Selector System (SDMS) built in to the ECM and the rider can access it with the push of a button located on the left handlebar. This technology enables riders to select one of the different modes of riding the bike. The technology, to be more precise, enables a rider to switch between the two engine control maps regulating the fuel injection, secondary throttle valve and ignition systems. The two maps are designated A and B, wherein Map A delivers full power and acceleration and Map B produces moderate acceleration.