Suzuki, which has marked its presence firmly in the scooter segment in India, is all set for another scooter for this market. While Honda was playing a monopoly game in India for a long time, Suzuki Access took the Activa head on and emerged as the next most preferred player in the scooter segment. 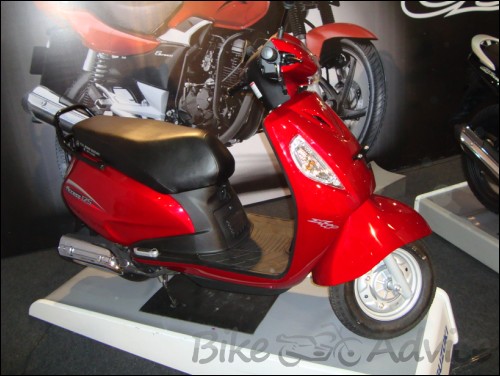 Regarding this new launch, Mr. Atul Gupta, VP (Marketing & Sales), Suzuki Motorcycles India, said, “We cannot cope with the demand with our single scooter offering, Access 125. So we plan to come out with a second model, which will be launched during the upcoming Auto Expo.”

The sales in the scooter segment has outbeaten the figure of bikes in terms of sales during the last month. The rapid growth of scooters can be attributed to a drastic increase in city traffic and rising women riders. Though Suzuki will face competition from other companies like TVS, HMC, Mahindra 2 Wheelers and so on. But, Suzuki’s strong presence in this segment is an added advantage at this point of time for the company.

The Indian automotive industry body which is Society of Indian Automobile Manufacturers (SIAM) says that growth in the scooter segment would soon overtake the demand for other products in the two – wheeler segment by this fiscal year itself.

However, there are chances for Yamaha to showcase its new model of scooter as well. Though this news is not confirmed from the company’s side, the probability of this to happen is considerably high. Let’s keep waiting with our fingers crossed to see Suzuki and Yamaha scoters together hitting the market at the same time.