The big Intruder has been here in India for sometime and in order to bring back the long lanky cruiser to the headlines, Suzuki has launched the B.O.S.S Edition of the motorcycle in India.

While we do not know the full form of B.O.S.S.but we do understand it is written this way, with full stops in between. Let us talk about what is different and so special about the new Suzuki offering:

As can be understood Intruder B.O.S.S. is just a mere cosmetically enhanced edition of Intruder and Suzuki has tried to enhance the sporty appeal of the motorcycle.

It comes with the same 1783cc 2 cylinder V-Twin motor which churns out 125bhp of power and 160Nm of massive torque and comes mated to a 5-speed gearbox. Intruder B.O.S.S. continues to weigh a high 347kgs and has a really long wheelbase of 1710mm. 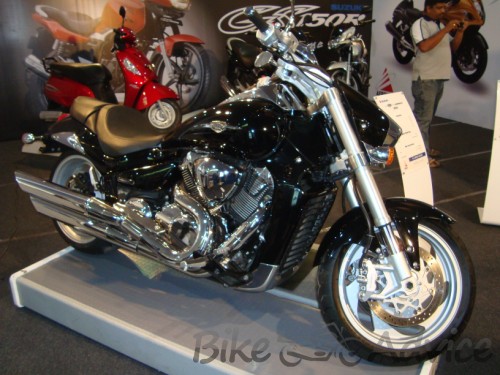 Suzuki has priced the Intruder B.O.S.S at Rs 16.45 Lakh ex-showroom Delhi. The regular Intruder M1800R costs Rs 15.95 Lakhs and hence you pay exactly Rs 50,000 more for being the exclusive boy in the town!