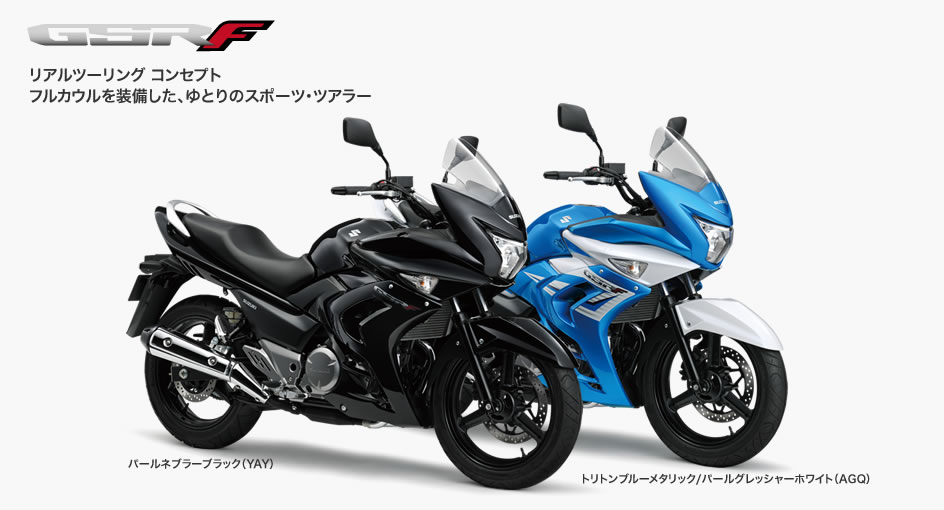 Suzuki is going to launch a fully faired version of the Inazuma in Japan and has christened it as the GSR250F. The bike is being touted as a road going sports bike but it appears to be fit for touring purposes. The high set black painted handle is further proof of that. 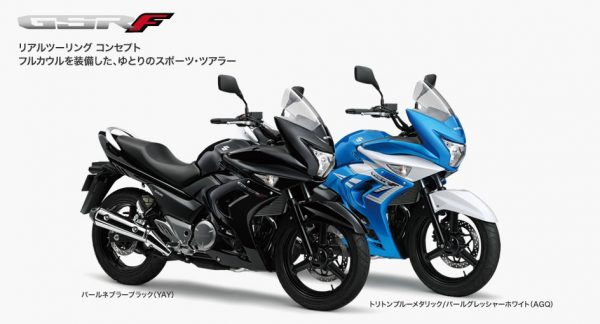 The GSR250F will be on sale in Japan from September 18 and will have a price tag of 5,14,080 Japanese Yen (Manufacturer Suggested Retail Price), which in India currency translates into something around Rs 2.96 lakhs.

Apart from the full fairing and the front head lamp with a wind protector little has changed in the bike. Powering the bike is the same 248cc twin cylinder, liquid cooled engine producing 24PS of power at 8500 rpm and 22Nm of torque at 6500rpm. Interestingly, Suzuki is claiming a fuel efficiency figure of 40kmpl when driven at a constant speed of 60kmph as per the conditions set by the Ministry of Land, Infrastructure and Transportation, Japan. 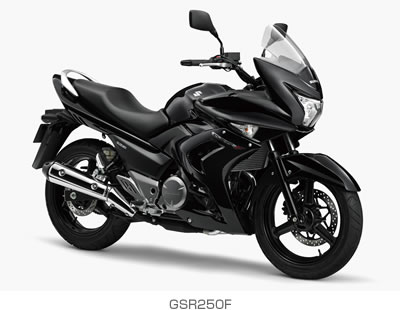 It must be noted that this GSR 250F is different from the semi-faired Inazuma which is called as GW250S and was unveiled last year (displayed below).

There has been a slight change in terms of dimensions. The length and wheelbase remains the same at 2145mm and 1430mm respectively. The width has increased to 790mm and height to 1255mm. The ground clearance remains the same at 165mm and so does the seat height. The fuel tank remains at 13L. Even the tyres remain the same.

The GSR 250F will be available in two colors:

Suzuki has set a very modest sales target of 3,300 units which can be considered low for a country like Japan which loves motorcycles, especially the quarter litre ones.

Can this faired version do anything to glorify the image of Suzuki’s Inazuma family? What say guys..? Like it?