This is one thing all you Suzuki fans may not want to read at all. Suzuki is already very late in the 250cc segment and the initial reader views of Inazuma are not really very encouraging.

At the top of it, Indianautosblog.com shares this speculative bit which is sure to disappoint majority of those who were planning to get one. Here is the report which is coming in:

While we have already known that Inazuma will be launched in January 2014, the new report claims the launch date to be 27th of the month, barely a few days before the Auto Expo kicks in. 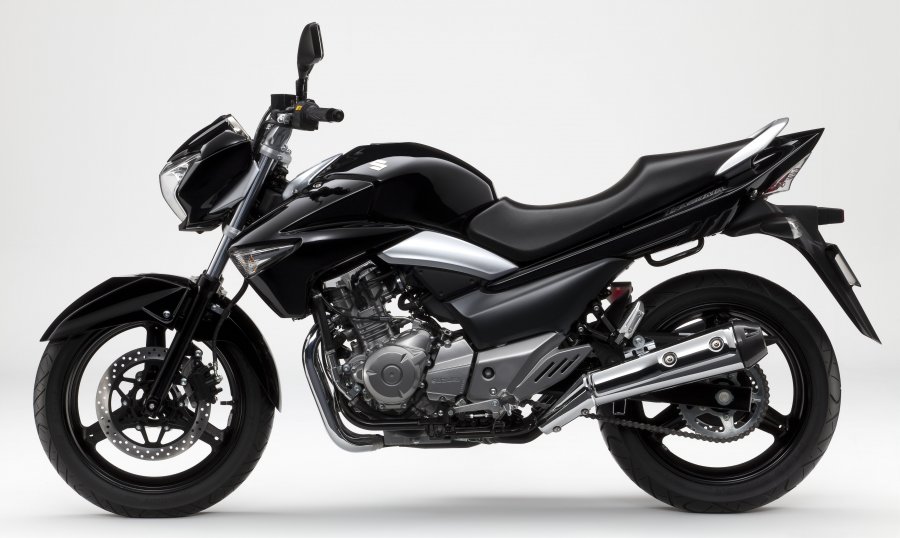 The biggest revelation comes in the form of its price. It seems Suzuki is overtly confident of Inazuma and will reportedly be priced at Rs 3.13 Lakhs ex-showroom Delhi. This price corresponds to something around Rs 3.44 Lakhs on the roads in the capital city.

Indianautosblog.com also reports that the naked quarter liter will be launched by none other than Bollywood heartthrob and Suzuki’s brand ambassador Salman Khan in Mumbai.

Pre-bookings have reportedly commenced at a booking amount of Rs 10,000 and deliveries will start from the day of launch.

At something around Rs 3.5 Lakhs on road price, frankly speaking we do not see any kind of market for this motorcycle apart from absolute Suzuki (and Salman Khan) fans!

For starters, Inazuma, though being a parallel twin, produces only 26bhp and 24.4Nm of torque from its 248cc fuel injected motor. The biggest gripe is its extremely heavy weight of 182kgs which further puts a big question mark on the bike’s performance.

The initial signs do not point at anything really very encouraging, we wish the product turns out to be a stonker of bike to justify the price. If this is true, we suggest Suzuki to reconsider the price if they are serious about selling the motorcycle in India.