Days after busting of its Indian stint, Suzuki Inazuma has been snapped somewhere in Mumbai. These pictures come courtesy Team-BHP.com. 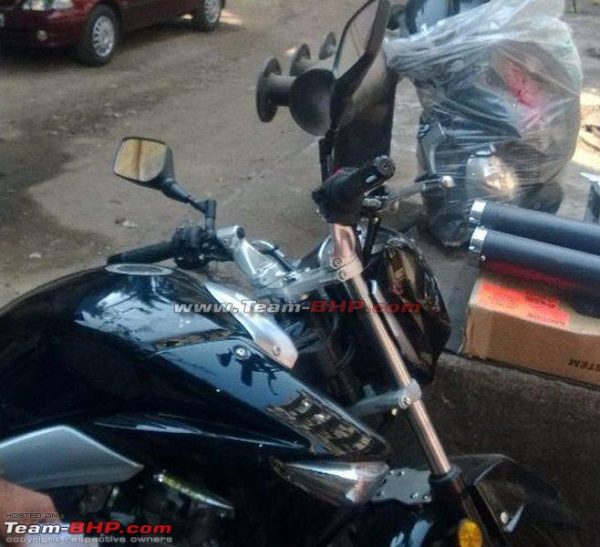 While we are unsure what is this Inazuma doing in Mumbai, initial response of forum members do not talk a lot positive about the bike with comments like the bike looks boring stealing the initial hype that a new (bigger cc) bike generally creates, or lets say..should create.

Inazuma is Suzuki’s naked quarter liter which is powered by a 248cc liquid cooled engine which produces 26 bhp and 24.2Nm of torque. The more interesting bit here is that the engine is a parallel twin cylinder motor! It is mated to a 6-speed gearbox but these specs do look a little disappointing when we know it tips the weighing scale at a heavy 182kgs! 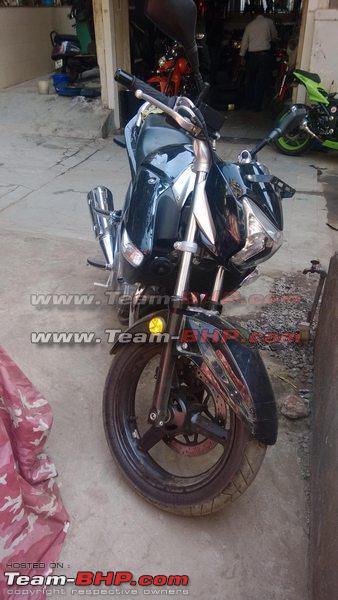 Inazuma will be brought into India via the CKD route and will be assembled at Suzuki’s Gurgaon facility. This bike, with its heavier weight and good torque along with high open chest upright position may turn out to be a tourers delight. And we have known Suzuki’s engines for years now!

If Suzuki can price it well, we may have a good competitor in the 250cc segment against the established CBR250R and others. What we will also like the semi-faired version, the GW250S to make way into India which was unveiled a few months back. How many of you are waiting eagerly for Suzuki Inazuma then?

Also Check Out: Behold: Is this a Suzuki 250cc Gixxer in the Works?