Hey guys, I am Ramprasath and residing at Coimbatore, Tamil Nadu pursuing my Bachelors degree in Mechanical Engineering. Here to write my first bike review, none other than the Suzuki GS150R. Well firstly, here is what I was looking for in a bike 15 months ago when I hardly knew how to ride a bike and was using my Kinetic Honda ZX… 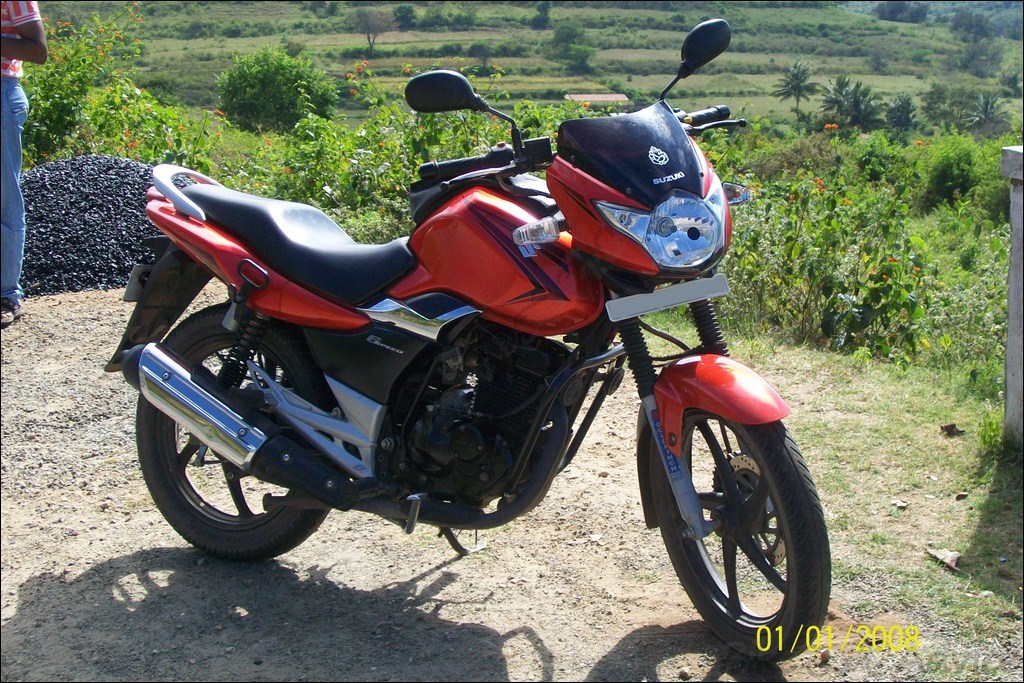 Firstly I had to travel 22km back and forth to be at college and with my kinda roaming around the streets, my travel distance would account to around 800km on an average month. With that kind of run, I needed decent numbers on the mileage column (Cos being from an average Indian middle class family, it is the mileage that matters.) Comfortable riding position for me and my pillion.

Me being 5feet 11inches tall and 80 kilos, the last thing I want would be a bad riding position. A bike that has capacity to cruise for a long distance, as well as the muscle to push the bike to its limits. Well, for me looks matter a lot, and for every guy, the bike is your first wife and you better be spot on with your selection, or there is no use in weeping about your ride later. 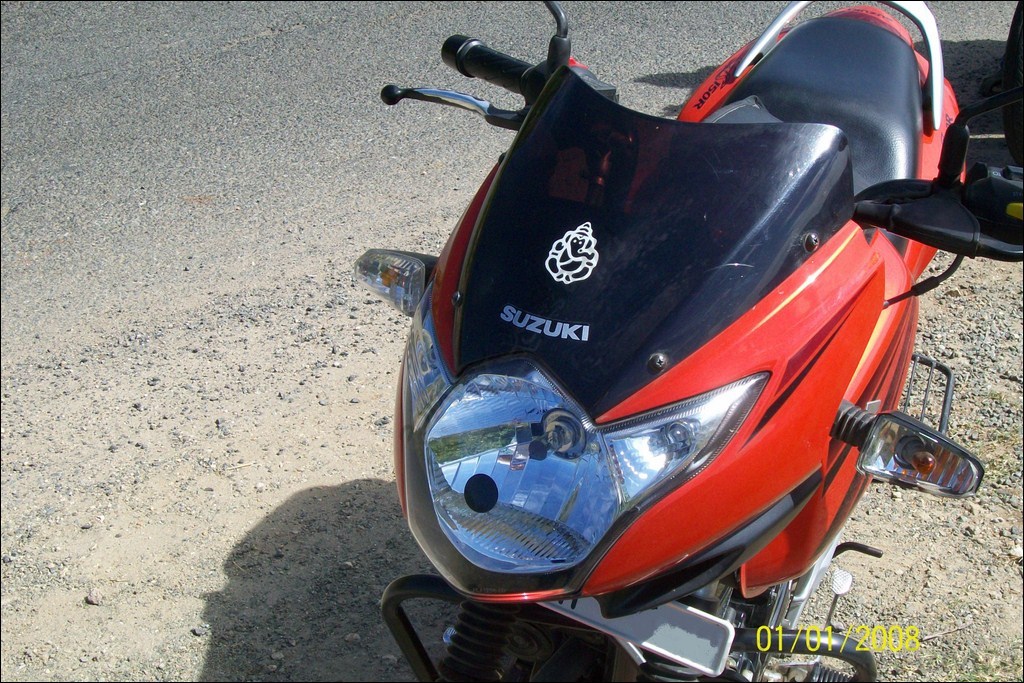 For a beginner, I needed a bike that was rather easy to ride and have good control. “COST”, though I put this in the last sot, with my dad asking me to choose a ride within 50 thousand bucks, extending my dads budget to a huge sum of money would be a nightmare to my bike dreams, the major point was the need for “value for money” the bike should offer. 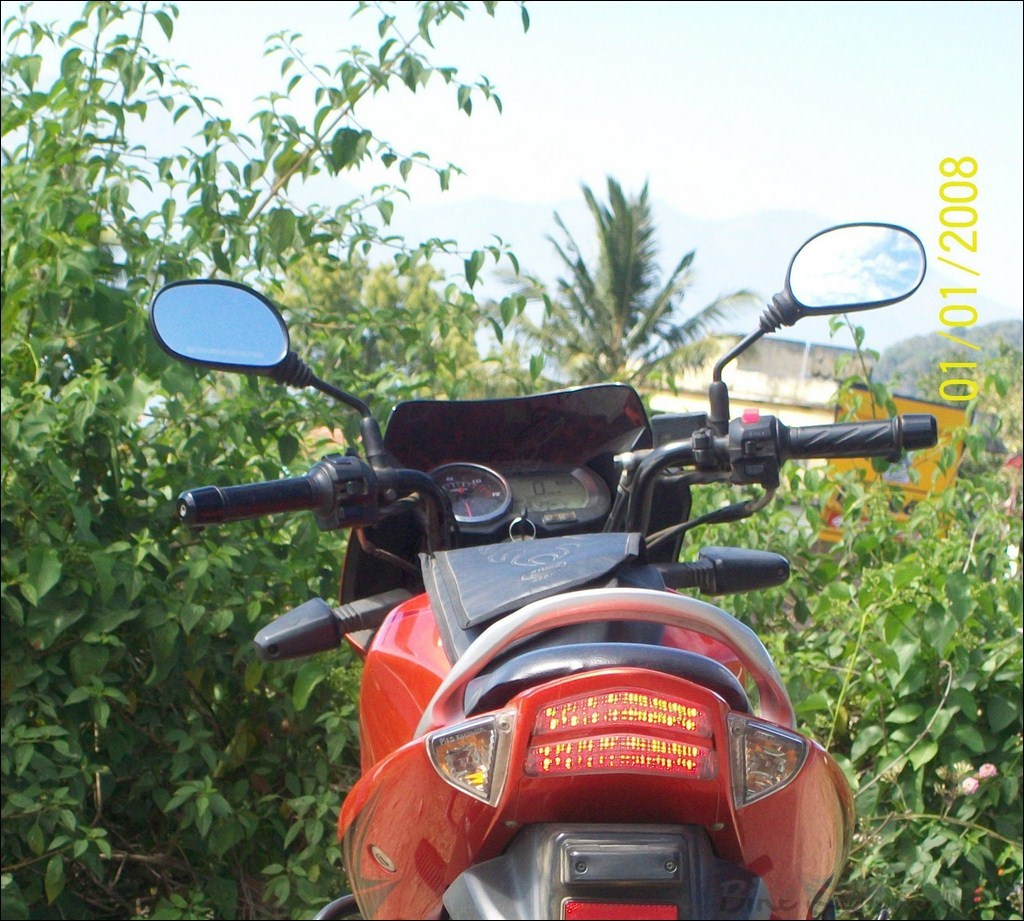 With the above set of guidelines or rather the commandments in my mind, my self and my brother set out for the big quest, which was to get the best buy in the market.
The following bikes were short listed to my rather elite list; it was rather peculiar, because it was a mix of bikes from 125 to 160cc motors:

Yamaha Gladiator: The bike was decent with the kind of average mix of styling and performance. With a 5 speed gearbox and 125cc motor, it offers a decent power and torque. With alloy wheels, a disk brake option and a mileage of 65 plus as promised by the sales rep, it seemed good on paper and on road as well.

Hero Honda Hunk: This one had a very masculine look to it and when I had a first look, I still remember it sending shivers down my spine and it was truly majestic. With good throttle response it looked a sporty one but vibrations at higher speeds and mileage as stated by a few friends in the low 40s meant serious problems.

Bajaj’s Pulsar: I loved the first generation pulsar because of its looks and style. But the bad boy image meant my dad would never let me have one.

Hero Honda CBZ Xtreme: This was the best bike as far as the looks were concerned till then. The speedo looked real good and the large dials looked great. The 150 cc motor churned out a good amount of power, but with a waiting period of 3 months for delivery meant the wait was too long.

Honda Shine: The Honda shine like the gladiator looked a decent buy. But the bike looked plain as the vehicle was designed keeping in mind comfort over sporty looks.

Honda Unicorn: The Honda Unicorn was the bike to buy or that is what my friends said so, and when I first saw it, I understood why it was so. Mono-Suspension, Mileage, Comfort, Pricing, Honda brand, Smoothness, what more could I ask for? But the real let down was the part of the speedo as an all analog cluster made me feel like I was from old school. I had to say so much about the unicorn because it was the closest competitor to my bike, the GS150R.Yet another reason I avoided it was the waiting period of 6 months.

TVS Apache RTR 160, Yamaha FZ, R15: I had to avoid these 3 due to their pricing. They were just too costly. The additional problems on the Apache were its mileage due its sporty performance and uncomfortable seating position unlike the E-surge which my brother owned. The FZ and the R15 were just left out on pricing alone.

First looks, and I really loved every bit of The Suzuki GS150R. The first impressions were close to its elder brothers the GSX600R and 1000R and at 66,000 it was truly a complete package.

The head lights look really good with the Tell-Tale lights, just loved the digital speedometer, the tail lights are of LED and hence look cool with the indicator cluster which are attached to it. (One major advantage of this being it avoids people crashing into your ride and ripping off your rear tail indicator.) 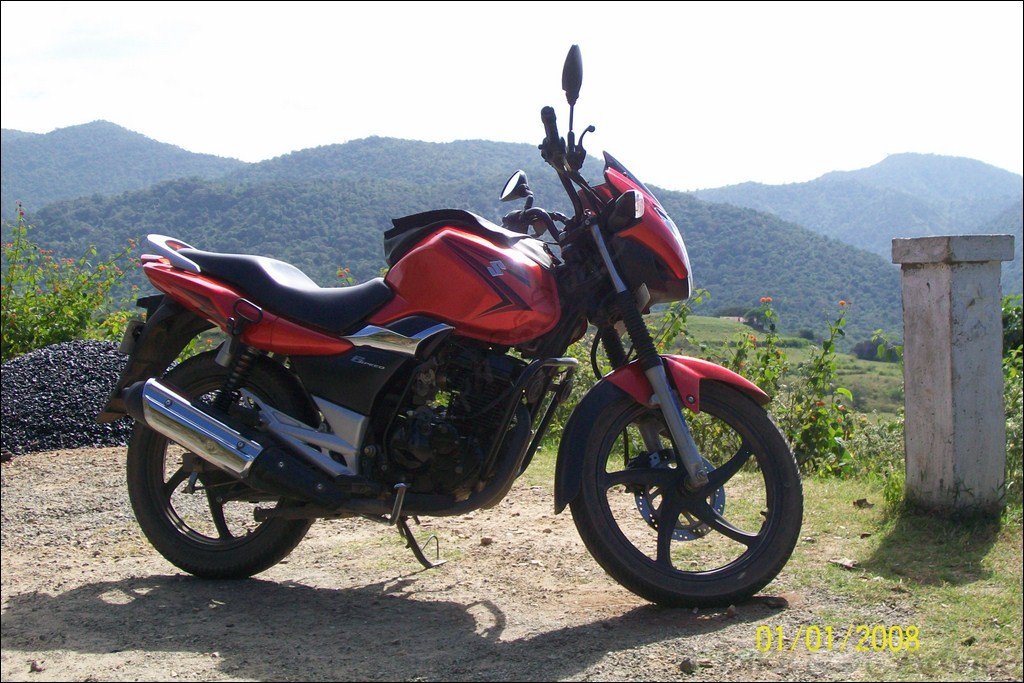 The ground clearance of 160mm makes sure in avoiding damage in even bad driving conditions. The fuel tank looks real big and holds about 18 liters of petrol from dry to full tank.

Well the first thing you get to see on your bike when you ride is the dashboard. This is where I think Suzuki has come up really well when compared to its competitors. The instrument cluster is really big which means you need not necessarily put in a lot of effort looking for stuff. With two trip meters it really serves the purpose, Fuel gauge indicator and the gear shift indicator are really good add-on features and the clock comes in as an added advantage. 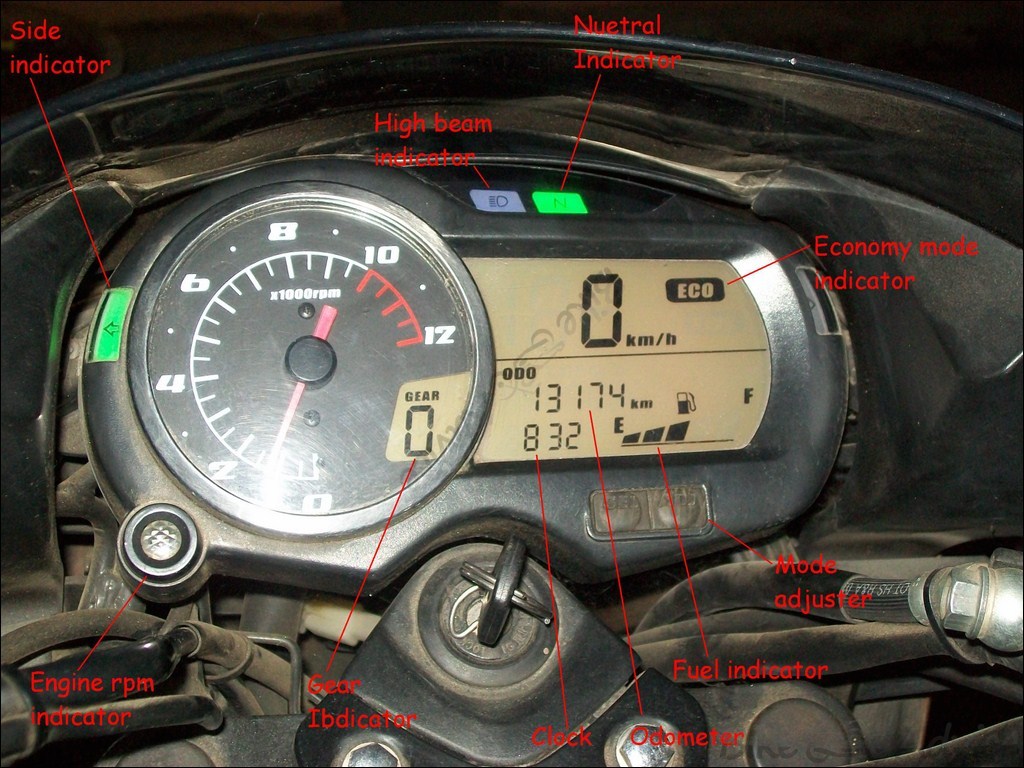 The gear indicator serves the purpose to know what gear you are riding on which is essential when you have a six speed gearbox. Just when you think its over, there is an engine rpm indicator which indicates the need for a gear change which also varies according to the mode of ride, wherein comes the two modes of driving namely the eco mode, or the power mode. 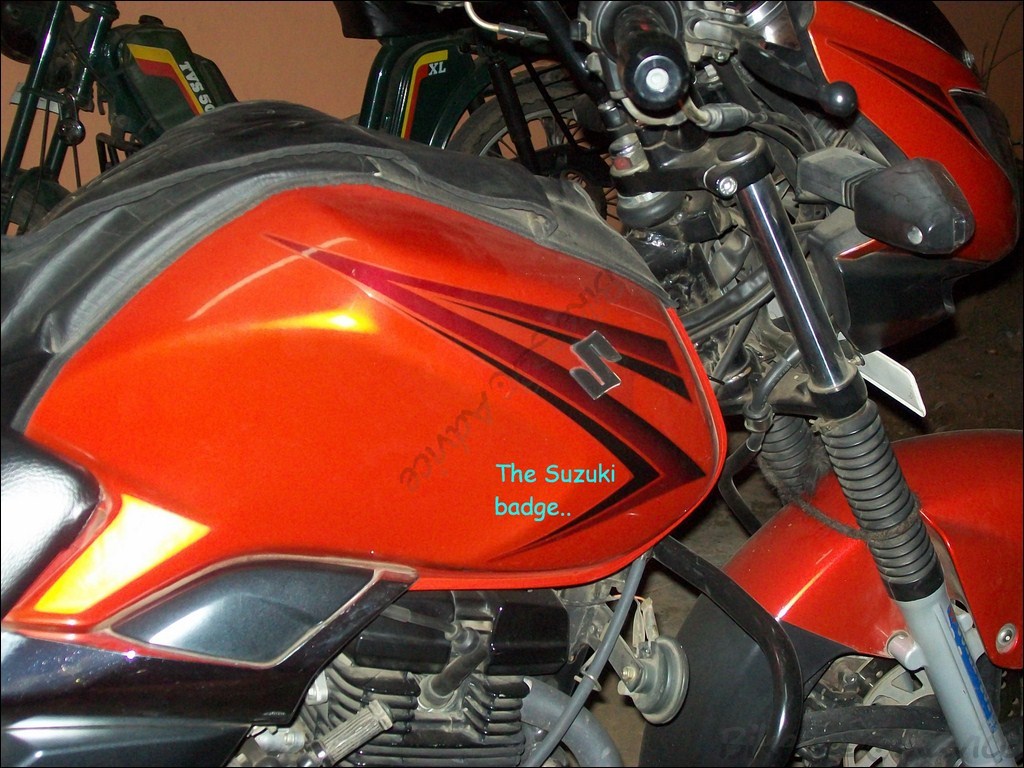 The 6 speed gearbox is good and makes the vehicle go along even smoother. The starting torque is pretty low, but as speed increases, acceleration is pretty good due to its high end torque availability. There is hardly any noise from the motor due to its high refinement which is the best feature I like on the GS. The engine balancer technology prevents vibrations from reaching the handlebar and foot pegs and thus helps in hassle free driving.

The Suzuki GS150R comes with a front disc brake and rear drum brake. But to me, the front disk does not look very effective. It just does not feel like it has the bang in it. 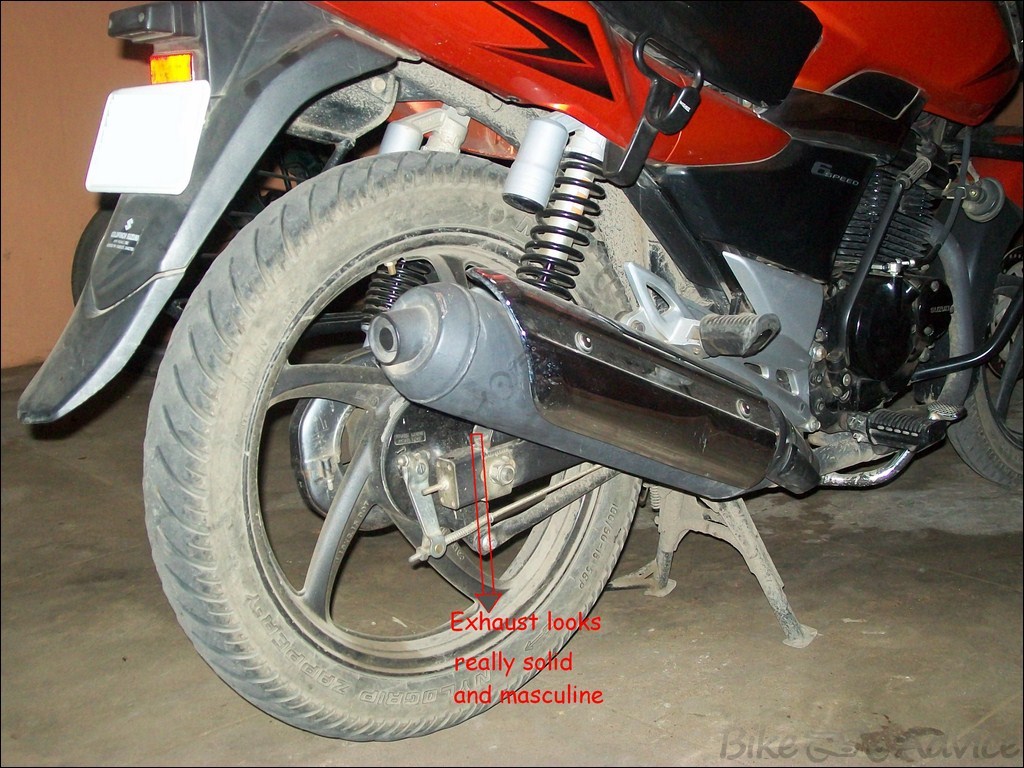 Since the GS is a pretty tall bike, it ends up in the bike being too tall for the pillion to get on and off it a major problem. 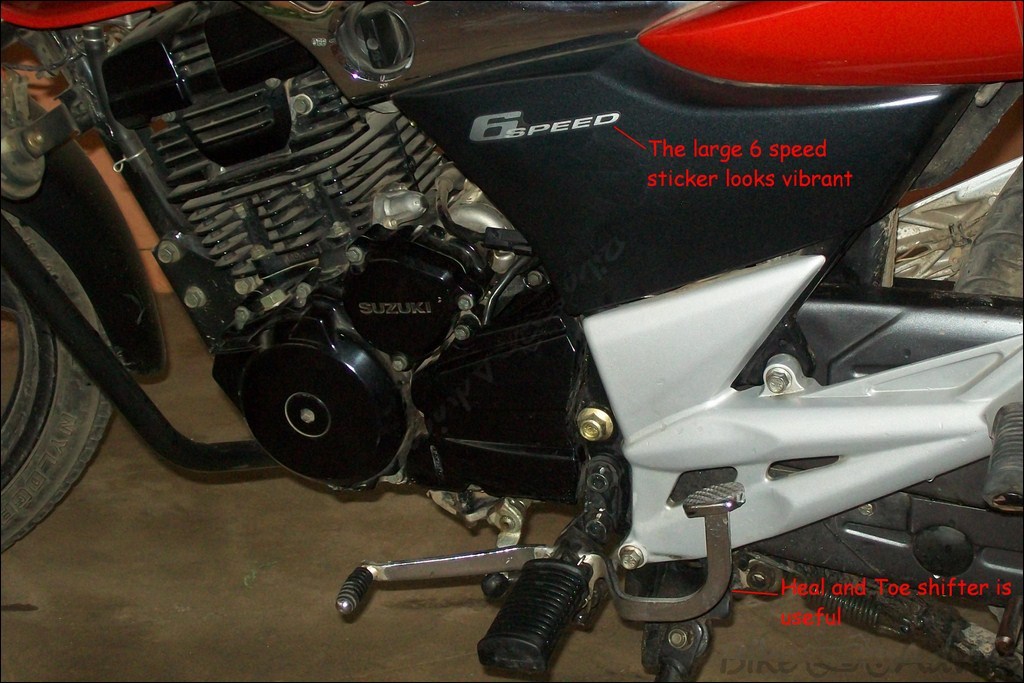 But the tall boy factor ensures a better vision while driving and better stability. Cornering at high speeds could be a problem and you better not be trying to burn your torso on the bends.

Suzuki has designed this 150cc keeping in mind the riders comfort it seems, because this beauty is an absolute marvel when it hits the tarmac. 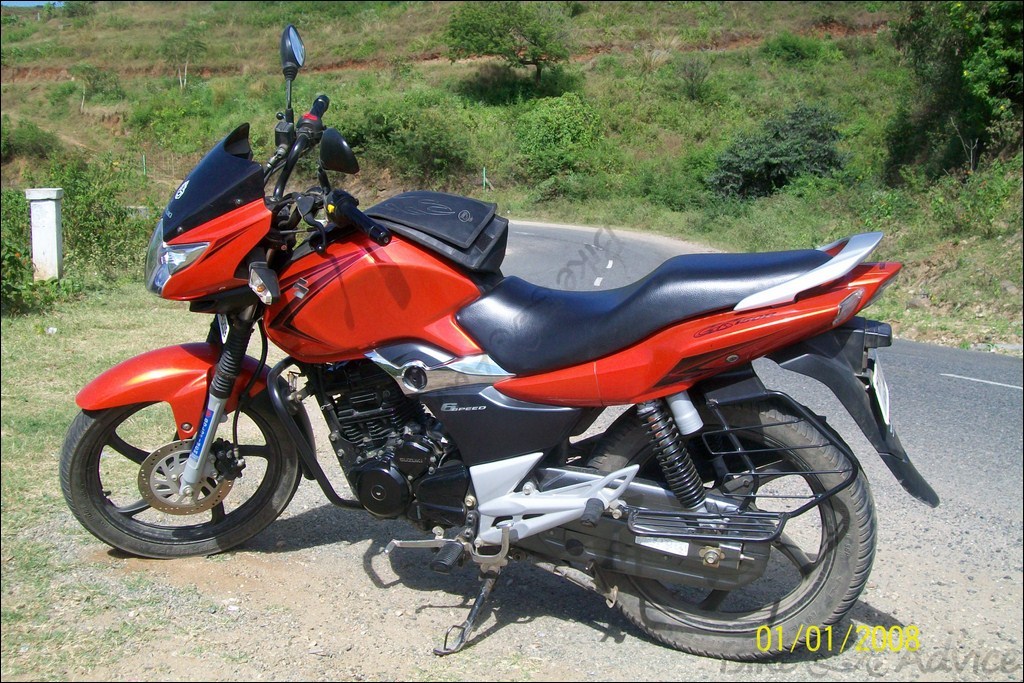 Be it on the highway or a bumpy road, the suspension though it is let down by not providing a mono-suspension, is given gas charged shocks which works just fine, meaning that you don’t need to buy your favorite pain remover tablet on your way during a long trip.

As far as mileage is considered, it returned a decent mileage of 54kmpl on the city and got a maximum of 65kmpl on the deserted highway. 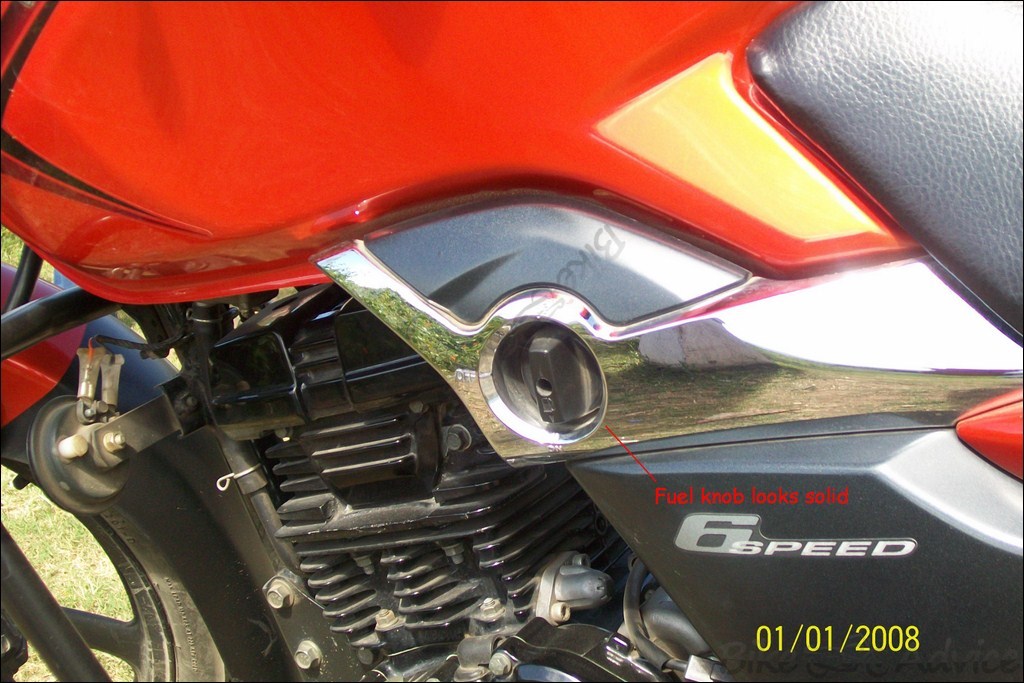 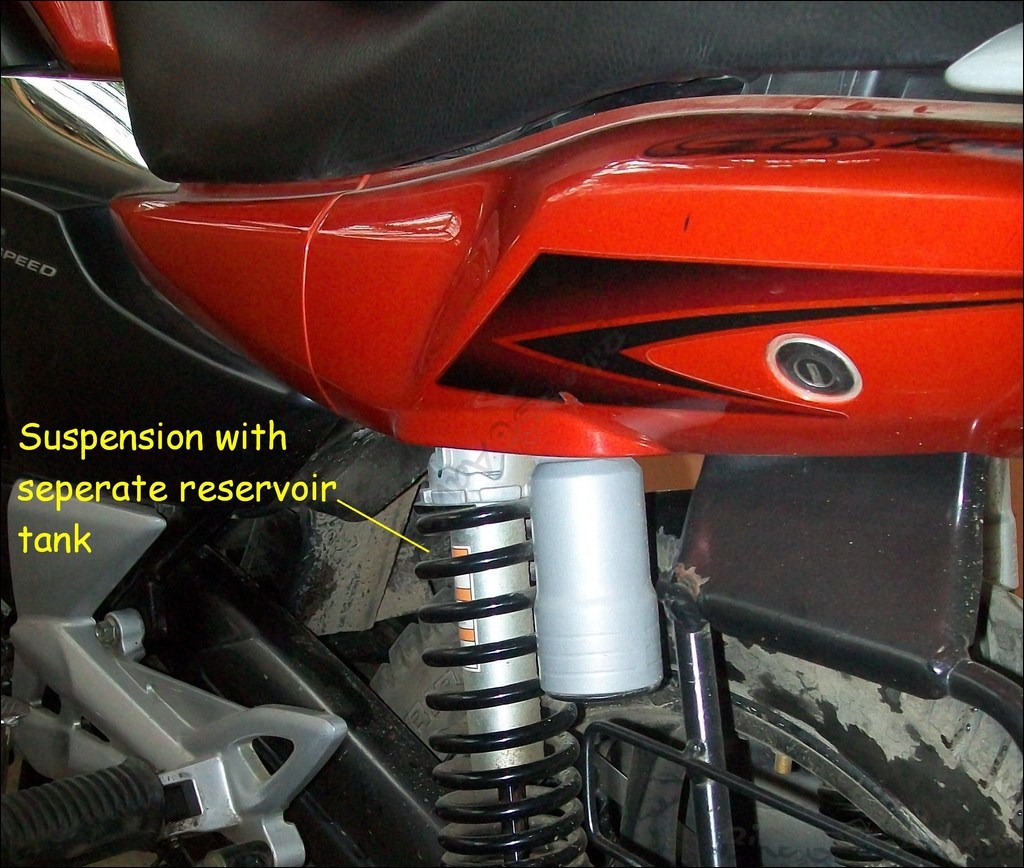 Suzuki GS150R is pretty good to drive, but if you are putting your pink slip on the line on a drag, it better not be against an Apache, FZ or for that case even the CBZ. But take it on a tour, you can hit endless miles of tarmac, with absolute comfort, driving pleasure and complete ease at speeds even in range of 95-100kmph and the reliability and stability inspires confidence. The 2 year service orientation is good and a 1 year replacement warranty was really helpful as my electrical wiring went wrong and the complete wiring was replaced free of cost. 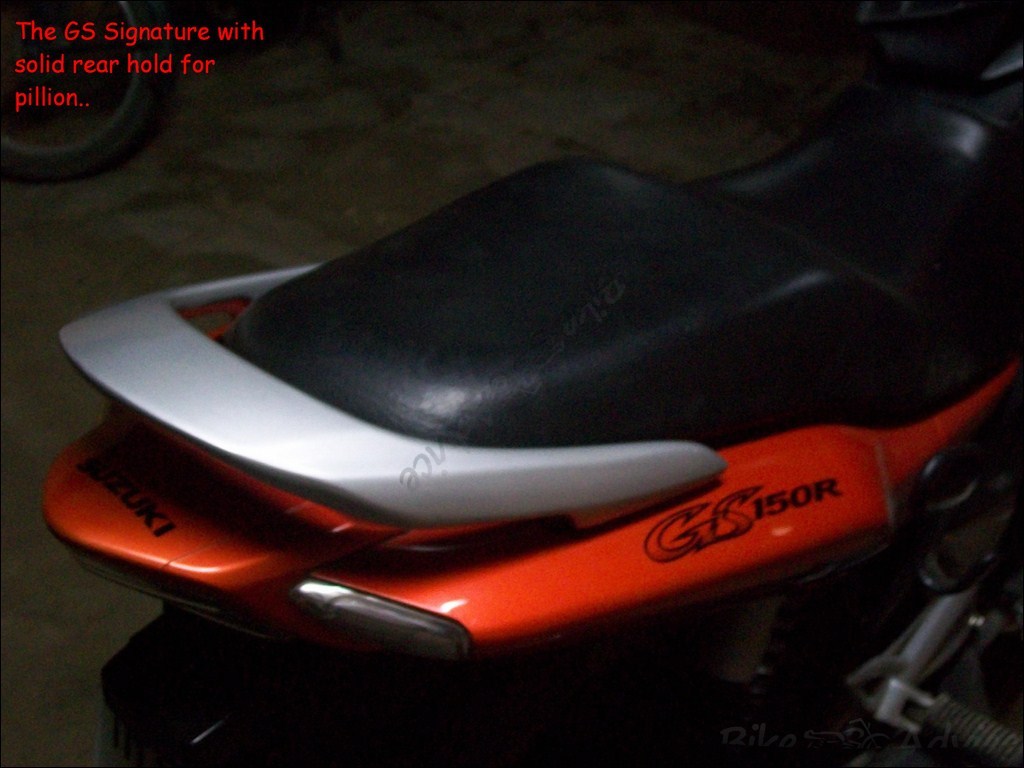 Thus, after 15 months and 13,000 odd km of driving, I think, though I made a few compromises on my rules, at the end of the day, am pretty happy that I decided to buy the Suzuki GS150R and as people say, “You got to give up sometimes to get something better” and hell yeah, I just “LOVE MY RIDE”. 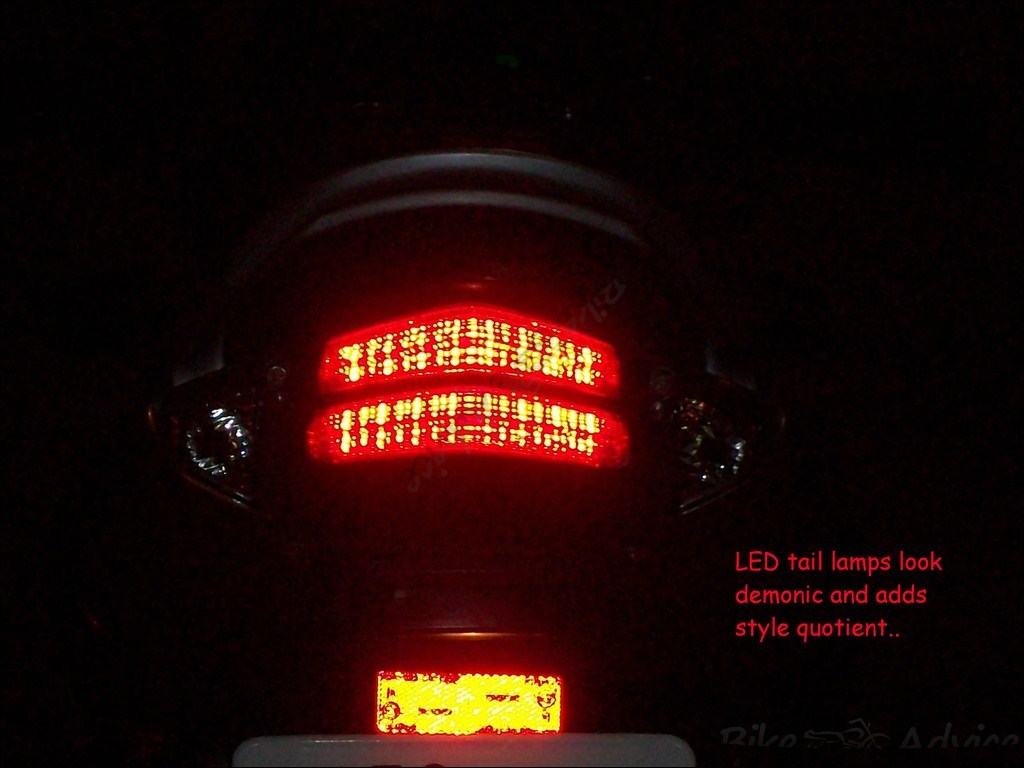 Comments are always welcome, so please put in your honest comments below. Pardon me, because this is the first time I am writing a full fledged review about my bike. Thank you for showing the patience to read my review. 🙂