Just like most of you, back when I didn’t have a bike I dreamt of my first bike. It was going to be good looking, stylish, attention grabbing and able to resist the bumpy Indian roads. Back then I dreamt of the Bajaj Pulsar 150cc. However, after having heard a lot of complaints about the bike from my friends (exhaust pipe breaking into two pieces, unreliable, unable to be resold after being used etc.) I lost interest in the Pulsar. 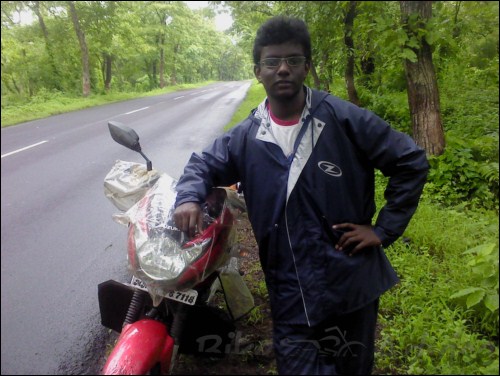 At first I didn’t know which bike I wanted but I had my eyes on the lookout for a big motorbike. I saw a TV advertisement for the GS150R but I actually wasn’t that impressed with the bike at first. However, a few days later while I was coming from my classes I noticed that a few people from Suzuki were standing giving out information about the Suzuki GS150r and the Suzuki Access 125cc.

I walked up to them because I wanted to ask them questions about the GS150r. I wanted to find out more about the bike. After I had finished asking my first question, literally the first thing that came out of the assistance’s mouth was that the GS150r have a 6 speed manual gearbox. I was sold!

I realized how perfectly designed and engineered this bike was. I made up my mind. I was getting that bike. Next week I booked this little beast for myself (actually, it’s one of the biggest 150cc bikes available). I finally got the bike back in October of 2009. Now, let’s get this review started. 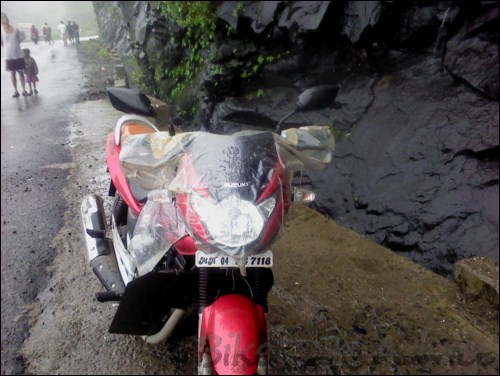 The Suzuki GS150r and the Pulsar have quite similar headlight assemblies but that’s pretty much where the similarities end. Compared to the average 150cc bike, the GS150r is bigger and more robust. For example, take the fuel tank. It’s huge! The fuel tank is very similar to the fuel tanks on litre class bikes. Suzuki even calls it the ‘Majestic Fuel Tank’.

I’ve heard some people say that the tailpiece on the GS150r looks a lot like the tailpiece on the Hero Honda CBZ xtreme bike. I advise you to simply visit Google, using the image search, search for “gsxr400” and “gsxr600” and you can see for yourself. When it comes to the instruments, this bike has got one of the coolest digital instrument panels available today.

It gives you all the important and necessary information. It got two trip meters, one odometer, a fuel gauge, a clock, a gear indicator and a white led warning lamp. All that said, I would like to share a little story with you guys. 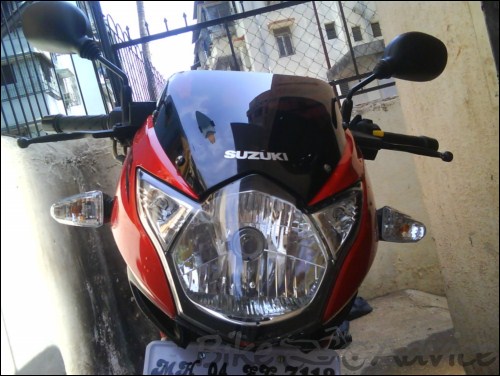 Recently on the 6th of august, my friends and I went to Malshej Ghat near Murbad in Mumbai city. You won’t believe what I did! I filled the bike with 300 rupees worth of petrol and after that the bike went so smooth. Even on the road towards Malshej Ghay! That road is the definition of the word nightmare but yet, with a pillion rider I never felt a single bump.

We travelled the 260.4 kilometres back to Thane and my mind was completely blown away. On average I travelled 56 kilometres per litre of fuel. I am a really proud owner of the GS150r. It’s my dream bike.

That said, there are some positives and negatives with this bike.

Here are the positives:

Here are the negatives:

Remember to drive safe and to wear a helmet.