Greetings! Major part of two wheeler news depends on spy shots and secret pictures of yet to be launched bikes. In the middle of all the big news and expansion plans spy shots of 2012 GS150R surfaced. If the spy shots and the news is to be believed, Suzuki is going to launch a refreshed version of their 150cc bike called GS150R. Honestly speaking Suzuki is still not that great brand as far as the commuters are concerned. The company is trying to set themselves a platform wherein they can avail the much needed brand value and the customer base. 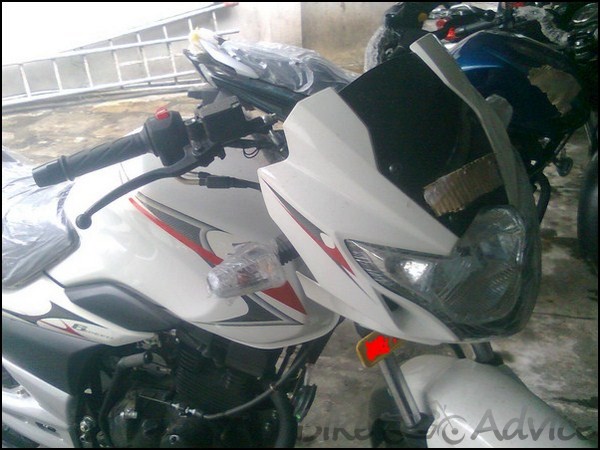 The spy shots confirm that the company has worked on their 150cc bike and is planning to roll out the refreshed version anytime during the next couple of months. The Suzuki GS150R is considered to be a fairly good bike in terms of performance. However the people are more focused on the looks of the bike and thus they try and avoid going for it. In its refreshed version Suzuki has tried nothing but cosmetic change, its another paint job. If the spy shots are to be believed; one can see that nothing much in the bike has been changed except for a few cosmetic upgrades.

As of now all one can see is that Suzuki has just made an attempt to upgrade its cosmetics. However the fact of altering the mechanics of the bike cannot be ruled out but most probably the company has just had a cosmetic change. In addition to the paint job, Suzuki GS150R also gets a new white color that will be available in addition to other colors. Also there is no date fixed as regards when the company will roll out this bike into the market. All in all, one can be pretty much assured that it is no more than a mere cosmetic upgrade.