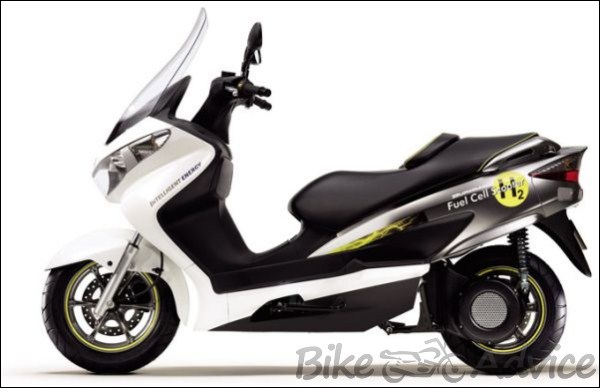 In order to officially develop and manufacture one of the next generation environmental vehicles, a motorcycle and an automobile equipped with fuel cell systems, Suzuki will establish a joint venture company, SMILE FC, in February 2012, for developing and manufacturing fuel cell system with IEH, and will speed-up to commercialize a product by combining the fuel cell development technology of IE, and control and mass-production technologies of Suzuki. The investment rates for SMILE FC will be 50% for both companies. The headquarters will be located within Suzuki headquarters in Hamamatsu City, Shizuoka Prefecture, and its research facility will be located at Suzuki’s Yokohama Laboratory.

Beginning with the air-cooled fuel cell system, which can be characterized with its lightness, compactness, and potential for cost reduction, Suzuki and IE, with SMILE FC at the core, will work on developing mass-production technology and manufacturing of fuel cells, as well as exploiting the global supply chain of fuel cell parts, and familiarizing the fuel cell vehicles.

It is to be noted that Fuel Cell is next generation technology and it produces very less or negligible level of emissions. We hope that this technology will find in most of two wheelers in years to come.