Among the complete lineup of Suzuki motorcycles available in India, there were two new faces which had the public hooked – the tourer kind V-Strom 650 ABS and the orange naked GSR750/A. These two were not a part of the main Suzuki motorcycle stall and found place at the center podium. 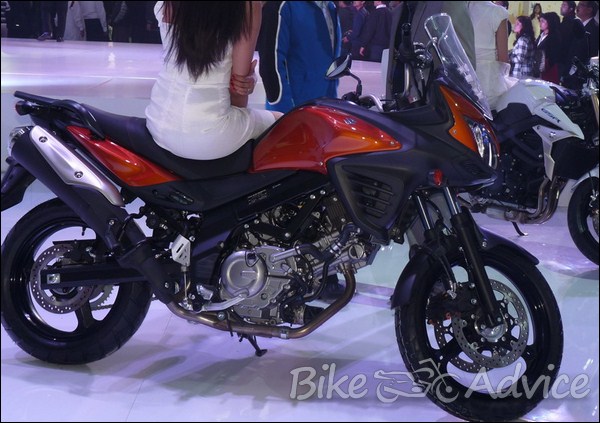 The GSR750/A looked like a mean machine in white and its stats reveal that is powered by a 4 stroke, 4 cylinder liquid cooled DOHC 749cc engine which can produce power around 106bhp. The naked front fascia and the humped tank made it look extremely aggressive. 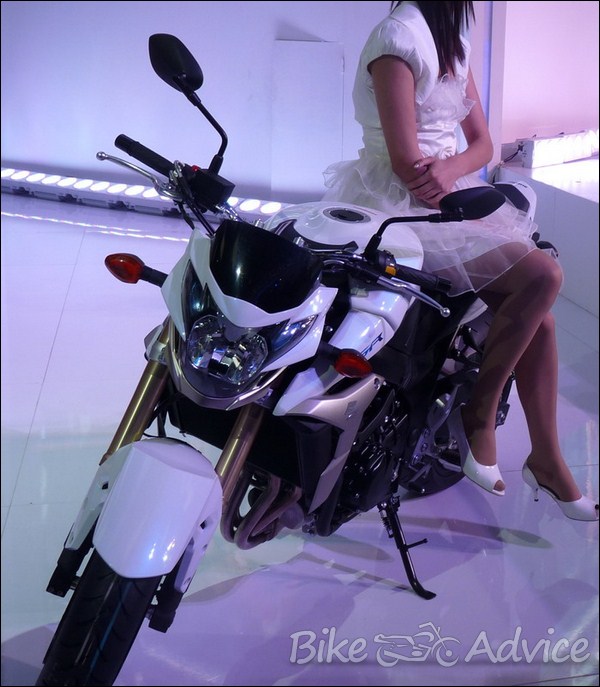 The V-Strom 650 ABS (notice it’s not Storm), on the other hand is a tourer which is powered by a 4 stroke 90 degree V-twin liquid cooled 645cc motor. And as its name suggests it comes equipped with an Antilock Braking System (ABS).

Yet again, there was no word from Suzuki about their plans of launching either of these in India.