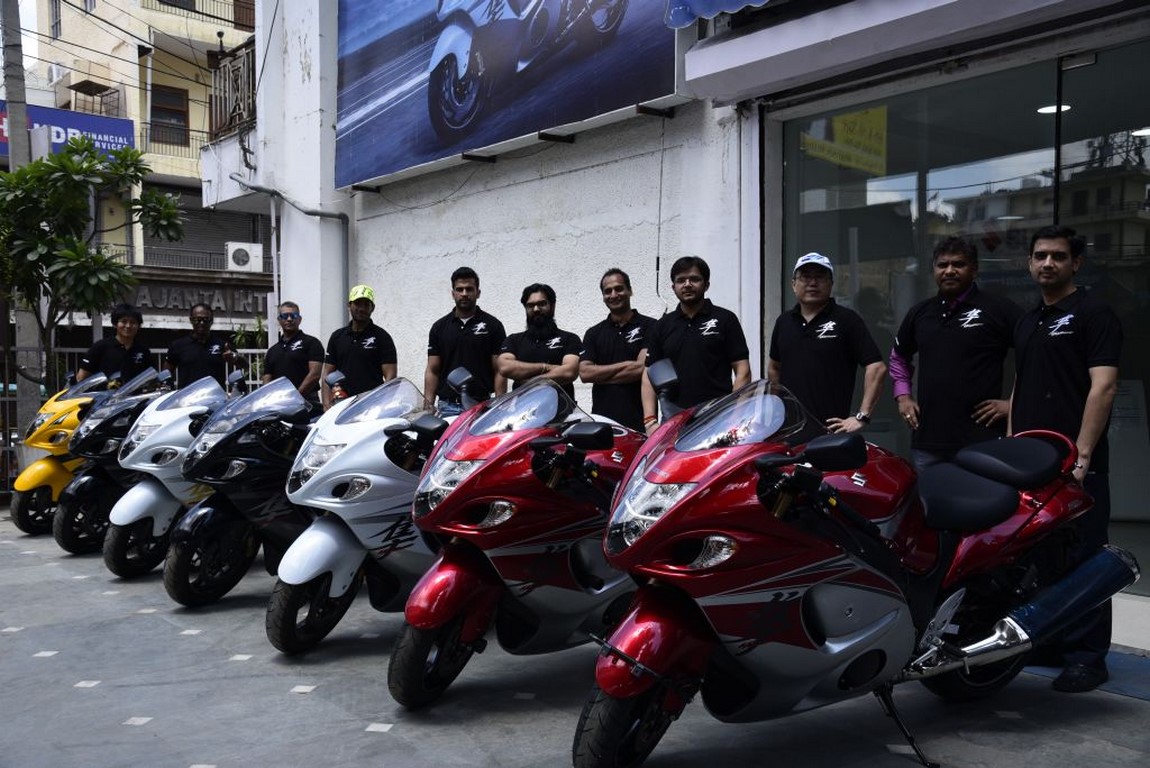 Suzuki India marked a major step towards the Make in India initiative when they announced the local production of the iconic Hayabusa. A name which has been synonymous with big, faired and sporty bikes in the country, thanks to Bollywood. The bike, despite having aged, still remains a force which the competition has to keep in mind.

The manufacturer, in its domestic market has a famous tradition for the Busa riders. Called as the Hayabusa Day, it celebrates the passion and spirit of owning the legendary monster. Named after one of the fastest flying organisms in the sky, the Peregrine Falcon, the Hayabusa has remained true to its core idea: performance! With 194 odd bhp of power and 155 Nm of torque, she certainly is a powerhouse.

Celebrated for the first time in India on August 21, Hayabusa Day is held in Japan on August 23rd every year. It was observed in a total of 8 cities which include Pune, Bangalore, Ahmedabad, Kolkata, Mumbai, Bhubaneshwar, Hyderabad and the national capital New Delhi. This move will also go a long way in promoting motorcycle riding culture in the country.

Thanks to the CKD manufacturing, the price of the GSX 1300R was reduced from Rs 15.95 lakhs to Rs 13.57 lakhs. The sports tourer is also expected to its next generation version soon.