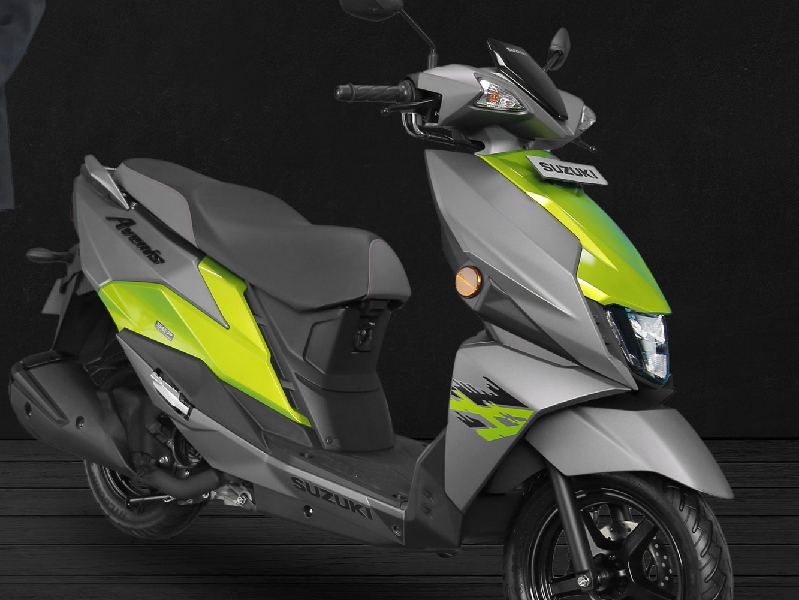 Suzuki Avenis price puts it bang in between the Access and Burgman Street – the other two 125cc scooters. It is targeted at Gen Z…

Suzuki India has officially announced the launch of its new scooter which is called as Avenis. It must be noted that we leaked the scoot minutes before the official launch.

The Avenis is a sporty scooter from the company which is placed between the Access and Burgman Street as we had expected. It gets an apron mounted LED headlamp with a stylish handlebar that houses the side blinkers.

The fuel-injected Avenis continues to be powered by the same punchy 125cc engine from the Access and produces 8.7 PS of peak power at 6750 rpm and 10 Nm of max torque at 5500 rpm. It weighs 106 kilos.

Avenis comes with Suzuki Ride Connect that allows smartphone pairability through Bluetooth and adds a host of features like SMS and Whatsapp alerts, incoming and missed call alert, apart from speed exceeding warning, phone battery level and estimated time of arrival. But the biggest feature of this is Turn by Turn navigation that Suzuki says, is displayed in Big and Bold display.

Suzuki has also introduced a Race Edition of Avenis which comes in Metallic Triton Blue shade along with special graphics inspired from the company’s racing bikes. It has been priced at Rs 87,000 – Rs 300 more than the standard trim.