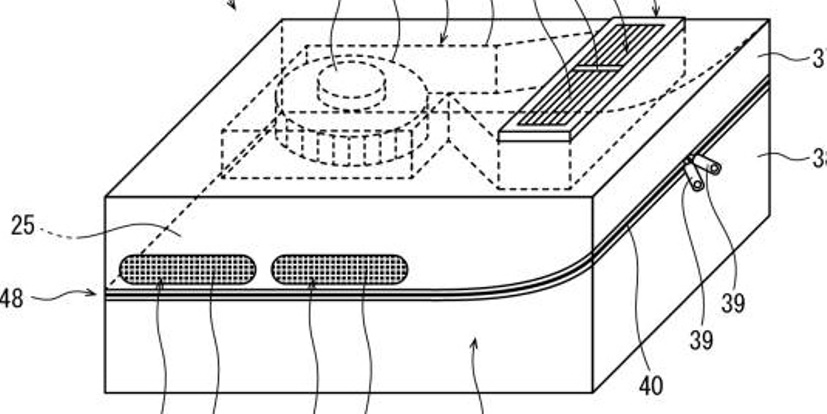 With summers at its peak, the national capital has been having a bad time lately. The unbearable heat has been very harsh especially on motorcycle riders. While car enthusiasts can safely turn on their air con and do their work, we motorcyclists have to swelter at 40+ degrees in riding gear. Wouldn’t it be nice to have an air con in a motorcycle too? Looks like Honda is working to make this possible. At least that’s what Car and Bike will have us believe.

As per them, Honda seems to have filed a patent for a new air conditioning system for motorcycles. The image reveals that the device will suck in air from the sides and throw a blast of cool air towards the rider’s chin. The device itself can be attached on top of the fuel tank. The report also adds that an ice pack can also be attached below for days with extreme heat.

The practicality of this device though is questionable but being a patent sketch, a lot can change before it actually reaches production. A zipper is also seen in the diagram possibly to access the battery or clean the blower. Transmission losses while the bike is in motion though remains a prime concern.

This one though is different from the Entrosys BikeAir which came in news nearly half a decade back. BikeAir includes a device which can be attached to the back of the bike and gets power from the bike’s battery and pushes the air to the rider via a pipe.

Honda’s move here though is the first by a manufacturer and will hopefully bring a lot of relief to motorcyclists, especially here in India.