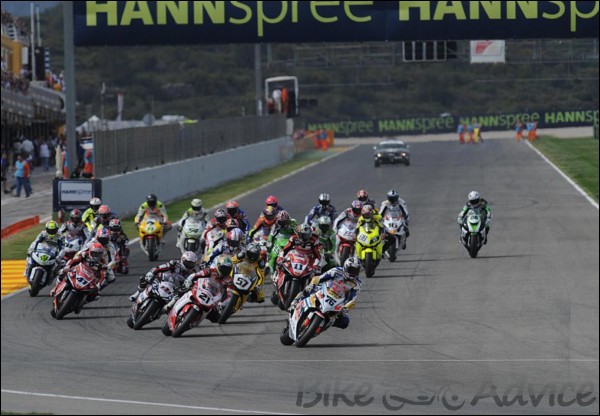 Superbike racing is a category in a road racing discipline. General idea behind this class is modifying production bikes. Superbike World Championship is the international type of event; also there are dozens of National Superbike Championships – in USA, Canada, UK and Japan. Motorcycle manufacturers especially like this category; it really helps to promote their bikes.

Unlike the MotoGP bikes (only prototypes were allowed), Superbike racing motorcycles are based on a standard production models such as BMW S1000RR, Ducati 1198 and others. These models get some serious modifications, however there are some restrictions – frame cannot be modified, and the looks of the motorcycle must remain the same from all angles, only minor differences between 2 models are allowed (you can shed some weight, but profile of the Superbike motorcycle should remind the original bike). 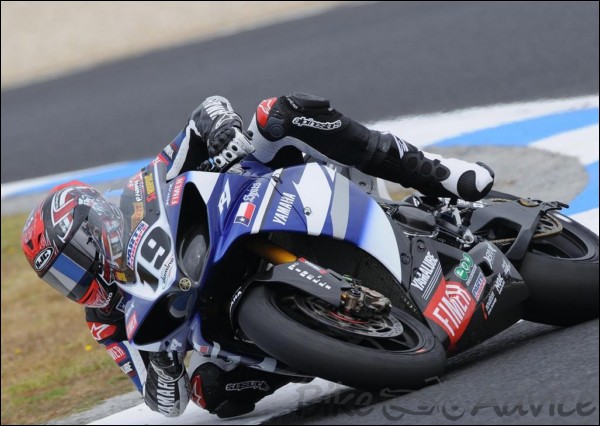 Superbike Worlds Championship was founded in 1988. Just like MotoGP it is also regulated by FIM. Nowadays, traditional centre of this championship is Europe, but some rounds are held in other countries as well (USA, South Africa, Quatar, etc). Over the years Superbike racing become very popular and professional, many people know Superbike legends like Carl Fogarty, though it started more like enthusiast racing idea, when Ross Hannan built world’s first Superbike in late 1970’s. 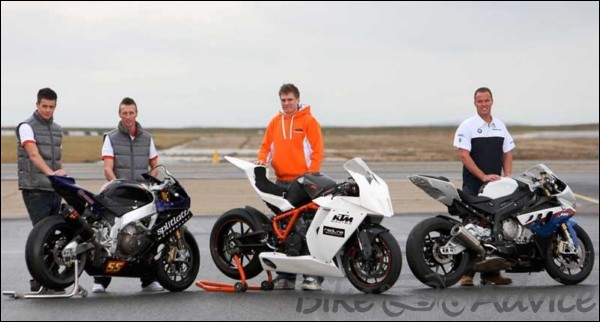 Some words about Superbike racing history. For many years championship allowed for machines with 1000cc engines (V-twin) to go against 750cc 4-cylinder bikes. For the first few seasons Honda won, but then V-twin engines started to dominate the track. Ducati bikes were in the lead. In 2000 Honda introduced their new bike with V-twin engine – RC51. Results were astounding, and this bike won in the first year of competition. However, mighty Ducati regained the title year later. 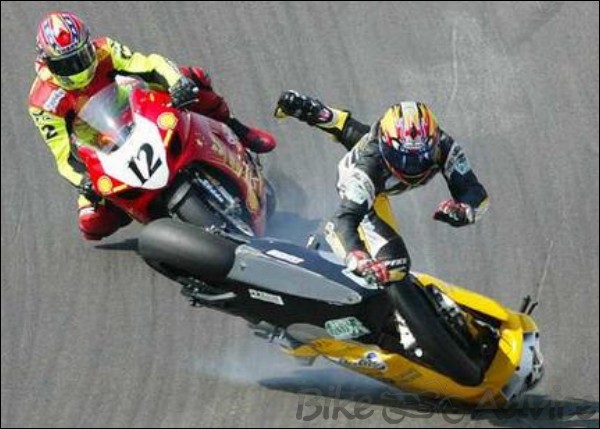 In 2007, when MotoGP engine capacity was reduced to 800cc, Superbikes became the most powerful motorcycles to be raced in the roads (1000cc). While they remained two seconds slower than MotoGP bikes (on the same track), they had equal or even more power! Maximum speed of Superbike machines is 320+km/h and power output reaches 220-230bhp! (just 20-30km/h slower than MotoGP bikes, but much cheaper in tuning and maintenance) In 2008 FIM announced new displacement limit for V-twin engines – 1200cc. With new model, 1198R, Ducati started dominance once again.

Some of them were withdrawn during the years of championships (they were unable to compete successfully, or the tuning for the bikes was too expensive):

And finally let’s look at the rules of the Superbike World Championship. Most rules and regulations are same for MotoGP and Superbike challenge. We will not cover them again, however, you can see the complete list in here. 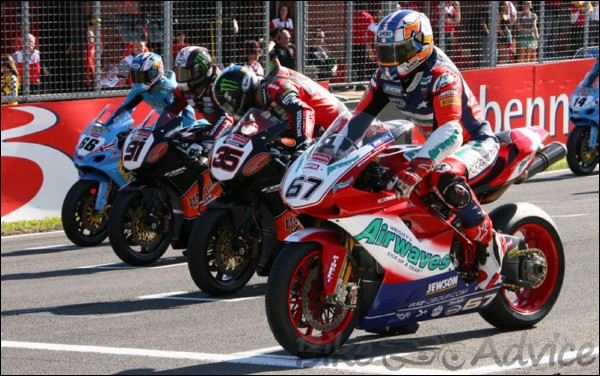 Now let’s see the differences between MotoGP and Superbike World Championship. While race weekend is the same (Friday-Saturday-Sunday), Superbike championship has 2 qualifying rounds. Firstly, there is 60-minute practice on Friday, and then comes first 60-minute long qualifying. On Saturday morning there is 2nd qualifying, and after that is free practice again. (which is a bit strange – to have 2 qualifying sessions in a row). Results from both qualifying rounds are combined and sixteen fastest riders qualify for Superpole. (“Superpole is a timed event to establish starting positions for motorcycle racers in World Superbike races”) The rest receive position based on a lap time, starting with 17th. On Sunday there is 20-minute warm-up and then Race 1 and Race 2 begin. Race distance varies from 90km to 110km. All other regulations are pretty much the same.

And some minor news about National Superbike Series. Most popular National Superbike series are hold in Britain and North America. Also there are short, well developed 10-race seasons in Japan and Australia. And some series that are worth to mention are held in: China, Germany, France, Italy and Canada. So if you have a chance, go to see those tournaments live!

That’s all for today, soon we will cover next road-racing classes, such as Supersport racing and Endurance racing. Keep in touch!