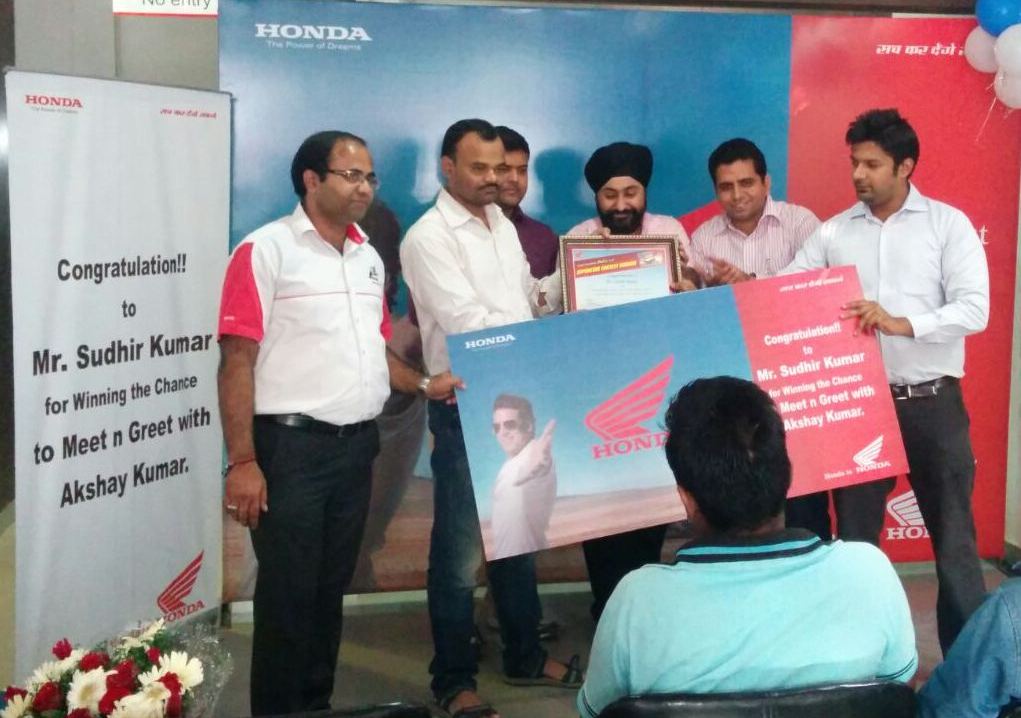 As a part of the 1 lakh Dream Neo motorcycles which Honda has sold in India so far within just four months of its launch, the company had started a Dream Neo Superstar contest. Any Dream Neo owner was allowed to participate in this contest by writing a short story on how the Dream Neo had made them a superstar in real life, in not more than 100 words. 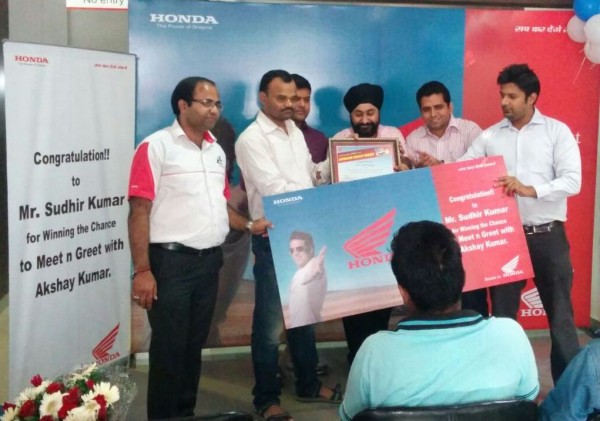 Participants had to give the engine number and chassis number as proof of purchase along with a photograph of the participant with the motorcycle.

Twenty winners were announced from all parts of the country. The biggest prize of the contest was won by Mr Sudheer Kumar who would now get to meet HMSI’s brand ambassador, Bollywood star Akshay Kumar. Other prizes include foreign and domestic trips and a chance to be a part of Honda’s new Dream Neo Television commercial. The contest has been the biggest customer engagement initiative by Honda two-wheeler division in India and had received over 10,000 entries from all parts of the country. 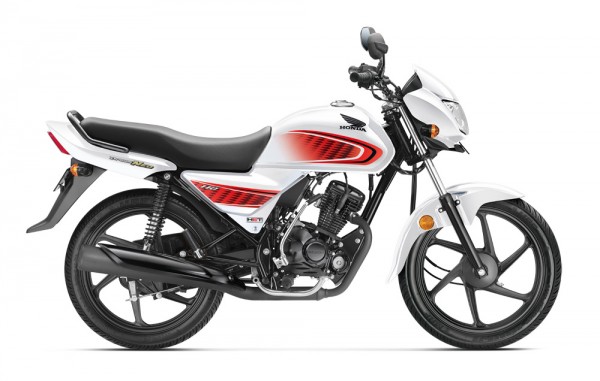 Dream Neo is the company’s mid-range product in the Dream series motorcycles, Dream Yuga being the flagship while CD110 Dream being the entry level variant. Carrying the same 109cc air cooled engine found in other members of the family, it churns out 8.25 bhp of power at 7500 rpm and 8.63 Nm of torque at 5500 rpm. The four speed transmission can propel the bike to a top speed of 86 kmph. It houses Honda’s HET technology to squeeze out more kilometres from every drop of petrol. The Dream Neo starts at Rs 42,391 and goes up to Rs 46,464 (both prices ex-showroom, Delhi) for the top trim.