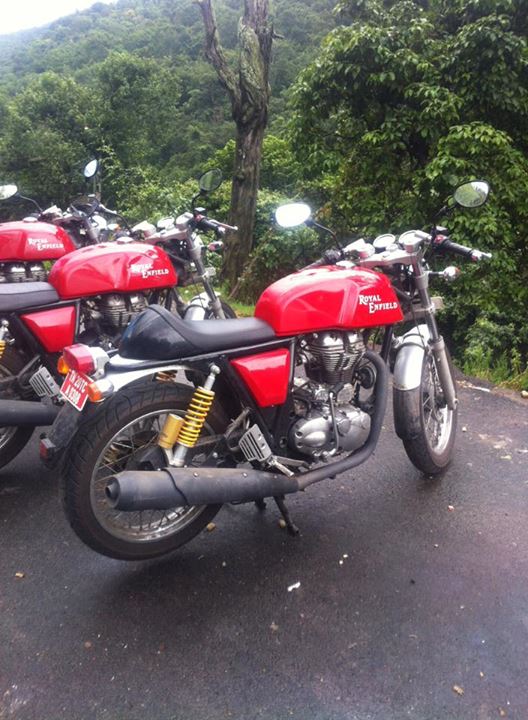 Few days back, we had talked about the spotting of the yet-to-be-launched Royal Enfield Café Racer. 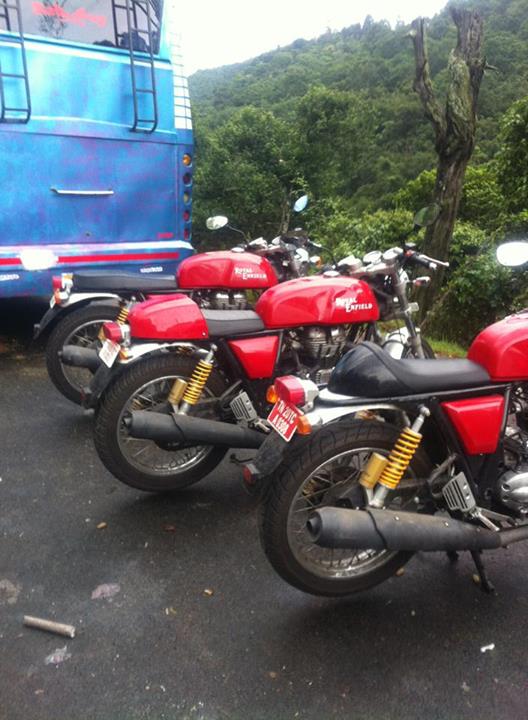 However, there seemed to be a question mark over the practicality of a single seater bike. Royal Enfield now seems to be in the process of shrugging it off. In the latest spotting, three GT 535s have been caught with different seating options on each!! The photo was uploaded by a watchful fan on the FB group page called Royal Enfield.

One of the three bikes is exactly similar as the ones that had been spotted earlier. The other sported different seats. As you can notice, the middle bike is not radically different from the earlier spotted ones. However, the farthest bike seems to spring up an interesting option as it has a full length seat. It seems Royal Enfield wants to market the GT 535 to a wider audience than the regular “RE Cult”.

The person who had uploaded the pictures also remarked that the Continental GT 535 possessed an 8-way adjustable foot peg. That will be a very good addition, if it makes its way to the production version.

However, our verdict on the Continental GT 535 is still divided. Have a closer look at the snaps; it appears the bikes will have their braking levers on the right side. Now, that could take the bike’s prospects ahead.

Royal Enfield will definitely position this Café Racer at the top of their pecking order. Hence, the price could shoot a little upwards of the 2 lakhs mark. In return, you would get a motorcycle that does offer some seroius spunk and sparks a good bit of nostalgia for all Royal Enfield enthusiasts. And all the while, it looks so different from the current crop of motorcycles!!

Now that there seems to be the possibility of long rides with your other-half, does the Royal Enfield GT 535 excite you??