Yesterday afternoon, a stroll at the Pune bypass road provided us a chance of spotting this test mule of Bajaj Pulsar 200NS with ‘ON TEST’ sticker above the headlamp and company number plates. 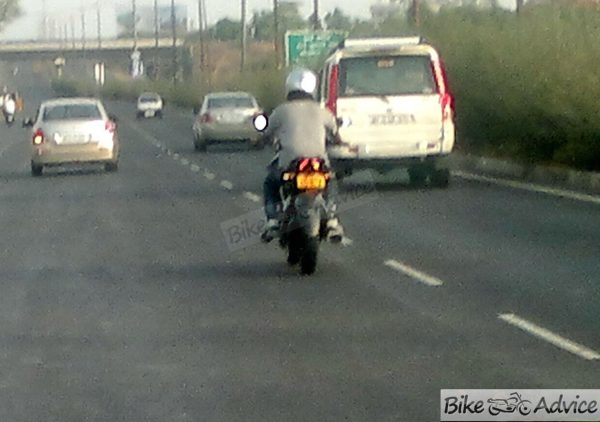 Now, Pulsar 200NS has been in the market for more than one year and it just doesn’t appear that Bajaj will still be testing it on the roads. So, the next question arises, what could this be? So following are the possibilities which we could make out: 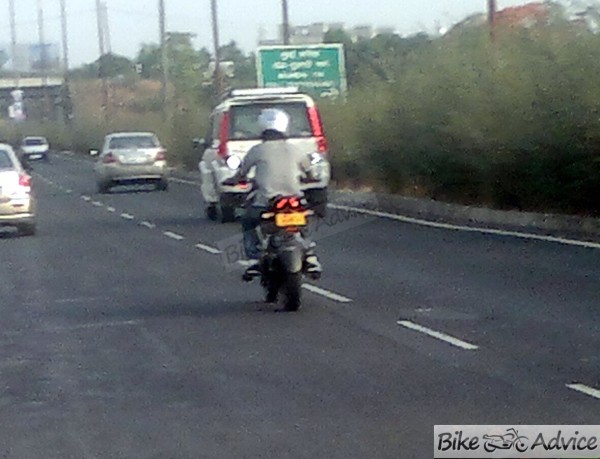 We tried to talk to the rider to understand if we can get some information but all in disdain. We are still unsure what will be the size of the ‘smaller than 200‘ Pulsar that Rajiv Bajaj surprised everyone with. But with this catch we have become susceptible of one thing that Bajaj is upto something that might just be under test. Let us wait for more info to pour in but do share what, according to you, could Bajaj be testing on this new mule?

Edit: A few readers have brought to our attention on the fourth possibility – a Fuel Injected Pulsar 200NS.