Happy New Year guys! I’m going to give a review on the most expected sports & performance bikes going to be launched in India this year. We have seen many sports bikes been launched last year & we Indians did welcomed them happily & brought them. This year its going to be greater than ever, more than 30 sports & performance bikes are expected to be launched this year in India. I’m just going to list the most favorited & expected bikes only. Kawasaki, Suzuki, Bajaj KTM & Yamaha are the main contributers. 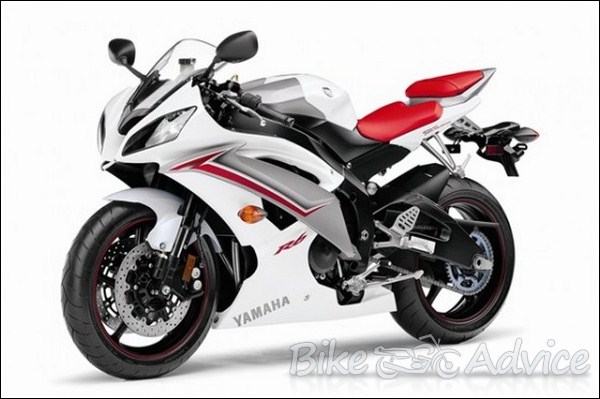 The name ‘R6’ is enough to make you go crazy, one of the most beautiful & powerful sports bike. Powered by a 599cc engine with a power of 127 Bhp@145000 rpm. This sports bike does not come cheap, priced at about 6 Lakh Rs. But for a 600cc sports bike, this price is very good. Yamaha has very competively priced R6. Its expected at Early 2012. 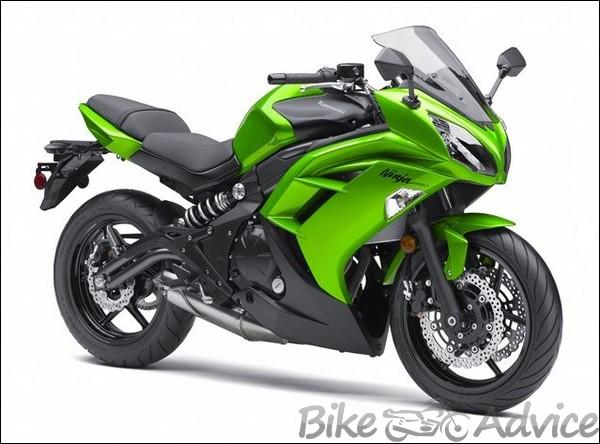 The 2012 version is much more sportier than the previous model, before the fully digital console is now a analogue digital console, new sporty split seats introduced in the new model & also the dual black theme paint job makes the bike feel more sportier & eye-catching. Powered by a 649cc engine pumping out a power of 71 bhp@8500 rpm. Being a Sports-Tourer the bike is well fitted & good to ride in our Indian roads. These all are the new upgrades in the new model, though the priced has equally increased. Now priced at about 5,50,000 Lakhs on-road. 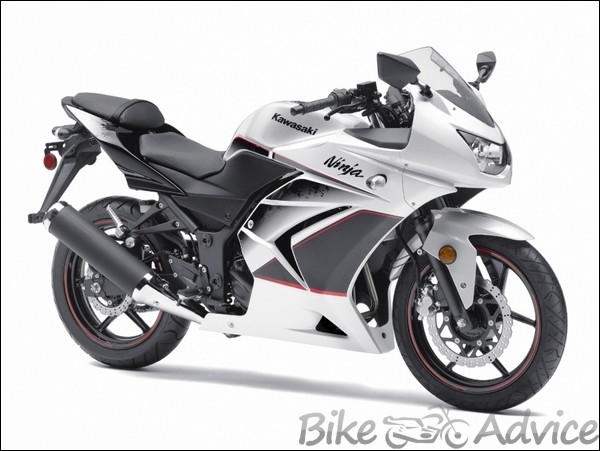 The new version of Ninja 250R has a all new paint job with graphic stickers. Another change is in the Console,where it has a white theme now & now has a fuel gauge which makes now easiler to know how much fuel left in the tank.No other specific changes in the engine. Some may not like the new paint job, price also stays high at 3.2 Lakhs.

Yes its a Ninja not much known, looks are retro reminding us of the old 2-stroke bikes. Well here’s a suprise this is a 2-stroke bike! This bike could be launched next year but due to the Indian rules & forums it can’t be sure. It has a 148cc 2-stroke engine, now here the real suprise & its power is 29.6 Bhp@10500 rpm with 6 gears also. But its not sure Kawasaki could dare to launch this sports bike also being highly priced at 1.6 Lakhs that where Yamaha R15 rules in the 150cc sports bike segment. So this bike is more of a unexpectable launch. 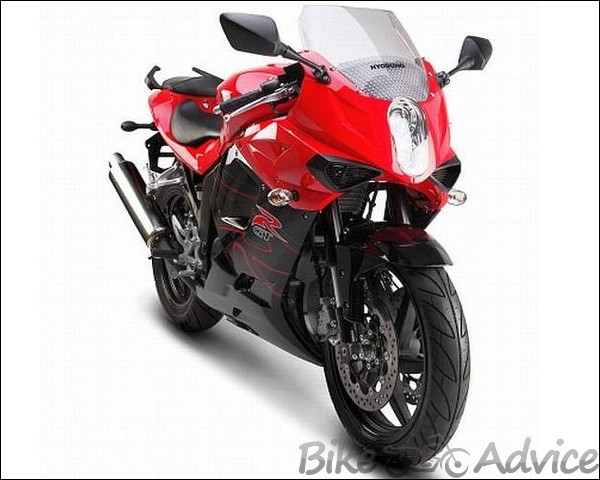 I would say GT250R as one of the most beautiful 250cc sports bike, taking the looks of its elder brother the GT650R & also looks exactly like GT650R. Unlike other 250cc sports bike, this bike has good size making it bigger than a CBR250R or a Ninja 250R. The tank is a huge & fully metallic, the bike itself is huge in size for a 250cc bike. It has a 249cc engine with a power of 28.5 Bhp@10,000 rpm. The bike looks best among all 250cc bike, another thing that will attract people is the price tag, priced at about 2.2 Lakhs makes the a big competition for both HONDA CBR250R & NINJA 250R. The Korean Hyosung’s engineering is not up to the mark with the Japanese Gaints like Honda & Kawasaki, though the looks of this bike & price is going to create a furious 250cc sports bikes competition at 2012. HYOSUNG GT250R will be launched by mid of 2012. 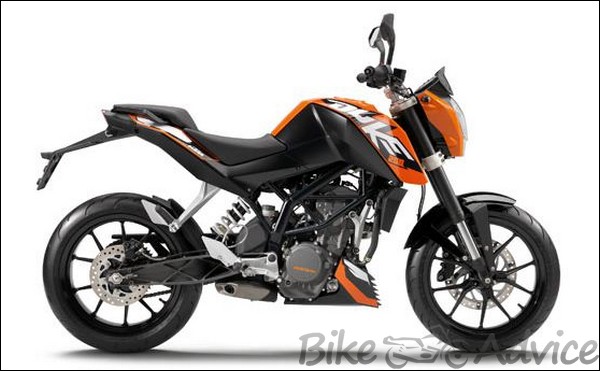 As speculated the KTM Duke 200 will be launched this month itself. The Austrian world leaders in dirt bike production ‘KTM’ now along with Bajaj has fully build the Duke 200 in India. Duke’s styling is something new to the Indians, but by this short time itself many love its looks. It has a 200cc engine with pumps out power of 25 Bhp@10,000 rpm. Duke 200 is s multi purpose bike, it can be used at any terrain which is best for the Indian roads. Being light-weight & powerful its going to be fun riding in the city also. It is very affordably priced at 1.3 Lakhs & will be avaiable only from Bajaj Pro-biking showrooms. Sure this bike is going to begin a new revolution in the Indian biking, let’s wait & see. 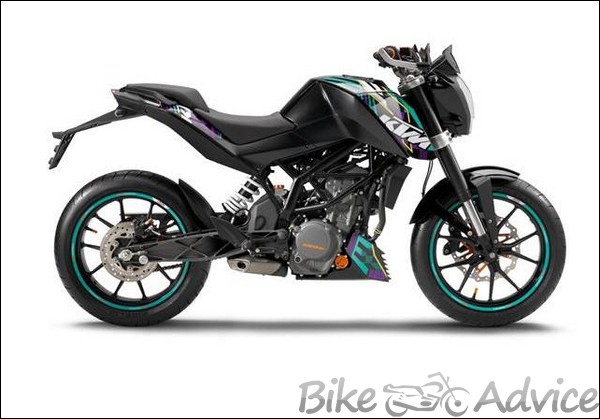 Along with its elder brother the Duke 200, the Duke 125 will also be launched in India. Has the same looks as the Duke 200, this bike is a smaller version. Duke 125 is a bike made for tough individuals who carries the macho attitude in them. Duke 125 is looks very stylish similar to Duke 200 & very comfortable too. It has a 124.7cc engine with a power of 15 Bhp along with 6 gears. This bike can be used as a dirt bike or a performance bike or as a commuter. The bike is well suited for the Indian roads. Priced at about 1 Lakh Rs & will be avaiable through any Bajaj Dealer across India. Duke 125 would be launched sometime after the Duke 200 is launched in the Indian Market.

A bike that was expected to be launched last year, unfortunately it didn’t happen. Though still no official comforation from Suzuki, it might be launched at mid or last of 2012. The bike has taken design clues from the Suzuki B-KING, & prety much looks exactly like that. It has a 250cc engine with a power of 26 Bhp@8500 rpm. This bike is a street fighter design & is called ‘Mini B-KING’ for its similar apperance with the real B-KING. Suzuki GW250 will be priced at about 1.5-2 lakh Rs. 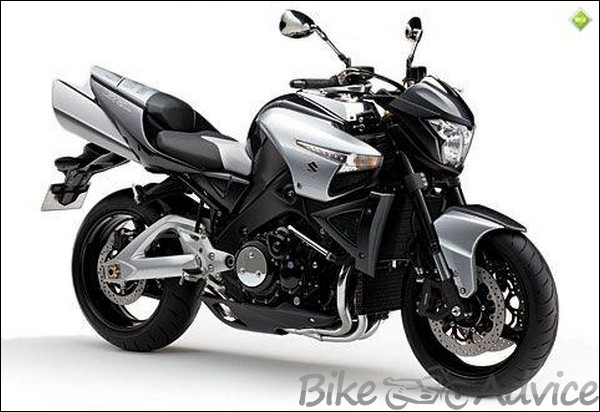 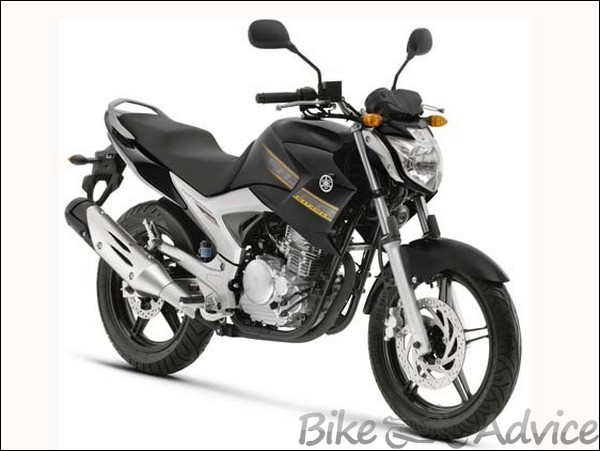 Yamaha enters the 250cc segment in India with its Fazer 250. Though its looks very convential & not very attractive. The real version has round headlamps that made the bike look similar to a Ducati Monster. But now with a headlamp similar to the FZ’s headlamp cluster. The bike has a 250cc engine, this bike belongs in the Sports-Tourer segment. Good to use as a powerful commuter or as a Tourer bike. It could be priced at 1.5-2 lakh Rs. This bike would be lauched by mid of 2012.

There are still many bikes that would be launched, we can get a gimpse of them at this year’s Auto Show. Our Indian brands like Bajaj, TVS & HERO are also working on to launch 250cc Bikes, Karizma 400cc Diesel is a speculated launch from Hero, while TVS is all ready to introduce Apache Velocity 160 this year itself & while Bajaj is getting ready with the all new Pulsar series now going to be powered by KTM Racing Engine at begining for 125-150cc only. Ducati will also launch their bikes in the Indian Market.

In all 2012 is going to be a prosperous & wonderful year as many bikes we dreamt of will finally touch the Indian Roads.

Images taken from various sources under fair use policy.