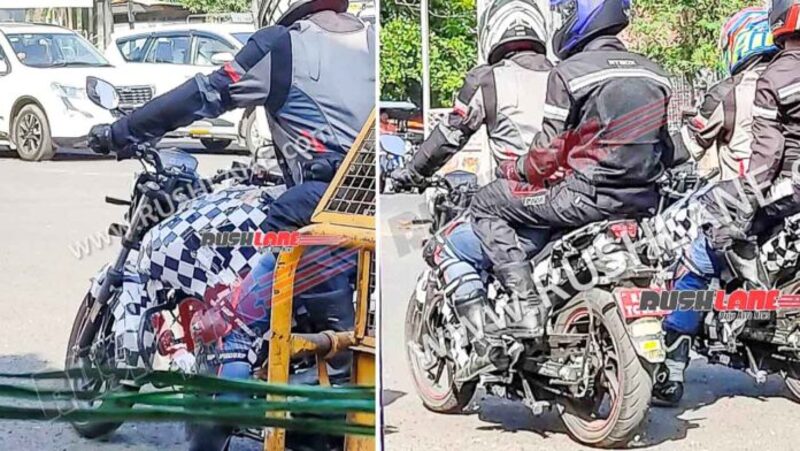 Next-Gen Hero Xtreme 160R spied with not a lot of changes, suggesting that major changes could be internal…

It has been just a few days since Hero MotoCorp launched the latest variant of their popular Xtreme 160R – Stealth 2.0 – for the current festive season.

But now, we have spy-images of the company testing a pair of next-gen Xtreme 160R models on our roads already.

Looking at the pictures, our first impression is that there are no big or significant changes in the pair of test-bikes spotted testing.

The next-gen Xtreme 160R test-bikes are spotted with new indicator stalks and probably a new horn switch. Weird!! Because the rest of the switchgear appears to be identical to the one equipped on the current models.

We do expect some improvement in the engine characteristics for the new generation bike. There could be some power delivery tweaks and improved fuel amping to improve the overall response to the throttle inputs from the rider. This could also improve the fuel efficiency number, but not by much.

However, we do not expect any radical changes in the engine. We still predict that the new-gen Xtreme 160R will be powered by a similar 163 cc, air-cooled, single-cylinder engine producing 15 HP & 14 Nm of torque.

Even the mechanical & hardware setup is expected to be the same as the current models.

The next-gen Hero Xtreme 160R could come with a slight price bump compared to the current model – offered starting at Rs 1,18,616 onwards (ex-showroom, Delhi). The next-gen Xtreme 160R will be competing with the newly introduced Bajaj Pulsar N160, which is a better-specced motorcycle than the Xtreme 160R.

We are hopeful that Hero will be adding some grunt to the new Xtreme 160R to make it a worthy opponent to the new Pulsar.