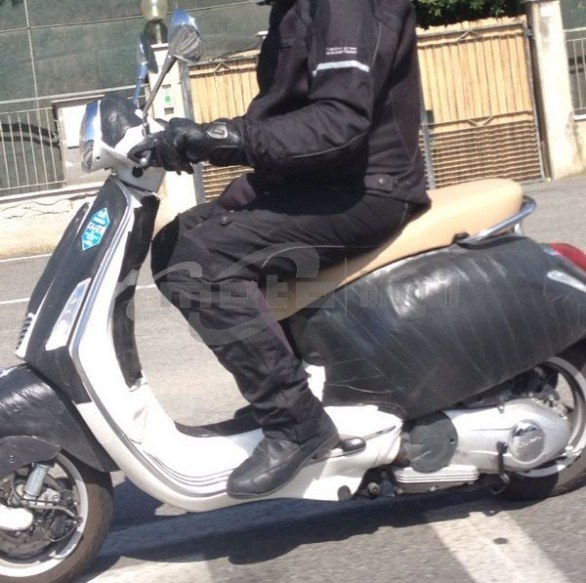 In the serene surroundings of the sea town of Forte dei Marmi in Italy, two Vespa test mules were sighted a,few days back. One of them was decked up in black camouflage, whereas the other was shining in all its pearly white glory.

We feel the uncamouflaged vehicle was a decoy, with the sole purpose of taking away attention from the actual prized catch. Unfortunately, there aren’t any frontal shots of both the test mules, which would have otherwise made the process of identification easier.

It is being speculated that the camouflaged model could be a work-in-progress model from the Italian company. There are quite a few tell-tale signs, including the different positioning of the rear turn-indicators and the changed tail-lamps shape with inclusion of LEDs. 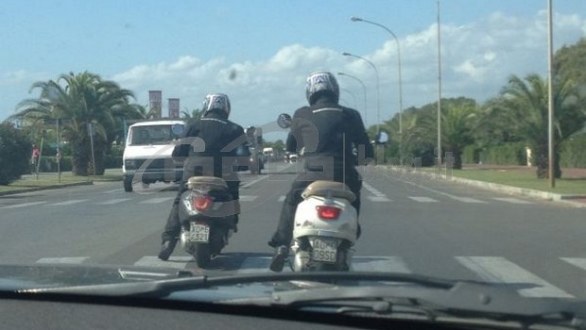 Though the camouflage in black hides most of the shaping of the test mule, we feel there could have been a minor tweak to the sculpting of the rear parts. The front part remains speculative, as there aren’t any photographs of it. Nevertheless, we feel there could be the inclusion of LEDs in the turn indicators.

Other than that, there are a few styling cues which can be expected of a Vespa. Take for example the generous use of chrome. We get a rear grab rail of shiny chrome. There are chrome rear-view mirrors too, and a shiny border around the headlamp. The logo of Vespa on the transmission case is gleaming, too. 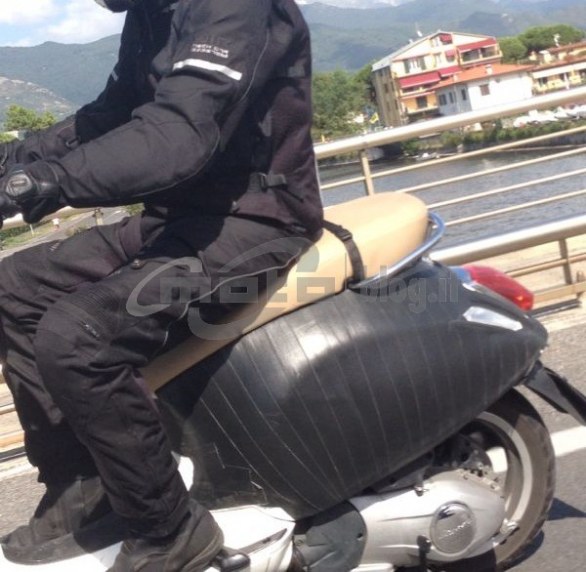 We feel this model is in the final stages of testing. Even though it missed the bus on Frankfurt, it has an overwhelming probability of being showcased at the EICMA 2013 in November at Milan, Italy. There are whispers that this could be a newer Vespa LX.

Let’s hope it is headed towards India!!