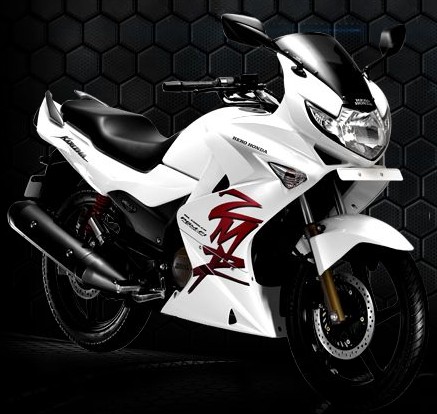 As the world’s largest two-wheeler maker prepares for a metamorphosis, some interesting tid-bits keep tumbling out of their closet. With the annihilation of EBR nearly complete and the internal restructuring going on at a frenetic pace, there could not have been a better time for this speculation.

We know that Hero is working on Three new products for the Indian market and will launch them in the coming months. We also know that one of them is a ‘Premium Bike’. And now, BikeWale speculates that we could have a quarter-litre version of the Karizma ZMR soon. According to them, it could be showcased at the 2014 Delhi Auto Expo.

There is the possibility of a single-cylinder mill churning out ponies somewhere between 25 PS and 29 PS. It should have good amount of torque on tap as has been the case with Karizmas till now. Liquid cooling is a probability, and should augur well for Hero. We feel Erik Buell Racing and AVL would have put forward their opinions and technical expertise as well.

A full-fairing is, however, almost a certainty as the current ZMR sports it. The riding stance could be on the lines of the CBR 250R, a decent mix of aggression and comfort. While nothing really is known at this moment, Hero should do well to equip it with top-notch features as well.

Being an Indian manufacturer, Hero should price this product aggressively. This will give the product a good springboard for it to launch itself against the likes of the Duke 200, CBR 250R and the upcoming Pulsar 375. One of the biggest windfalls could be that Hero will finally shrug-off its commuter-bike-maker for good.

If the ZMR 250 is indeed launched, will you buy it over the Honda CBR250R?