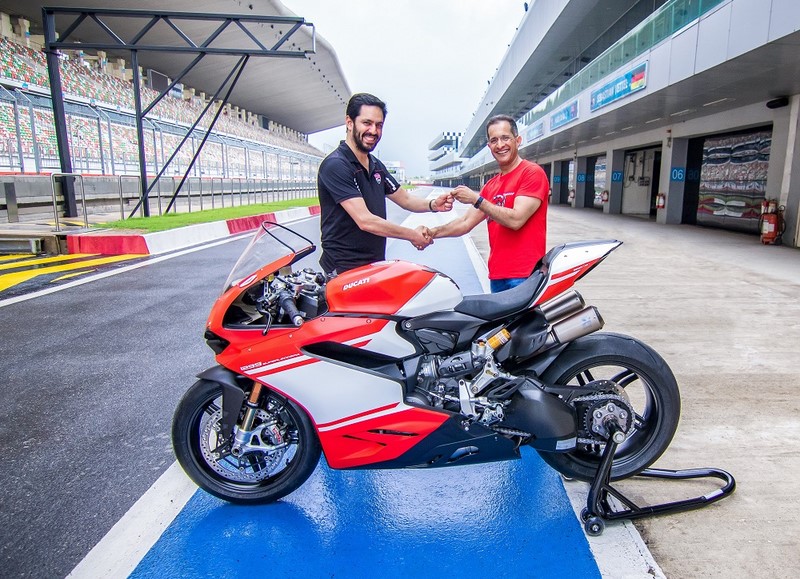 Super exotic and absolutely special Ducati 1299 Superleggera was delivered in India to an avid biker Vikram Oberoi. Vikram already owns 1299 Panigale S, 916 and 1098 and is a frequent to Buddh International Circuit.

Ducati has announced that only 500 units of the 1299 Superleggera were produced in the world and all of them are sold out. The first and only motorcycle for India has been delivered to Vikram. It is also the most technologically advanced motorcycle of our times from the Italians and is the first production superbike to get carbon fiber monocoque, single-side swingarm, rear subframe, fairing and carbon fibre wheels and aluminium hubs. 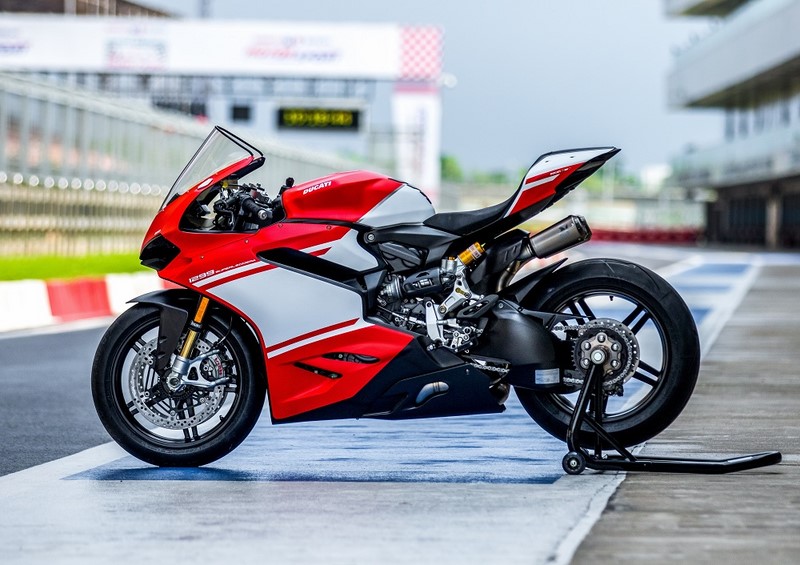 In numbers, the Superleggera produces whopping 215 bhp and weighs only 156 kg dry to lend it a mind-boggling power to weight ratio. This also makes it the most powerful twin-cylinder motorcycle ever built in the world. It gets electronic aids like Ducati Traction Control Evo (DTC Evo), Ducati Power Launch aka DPL (the first Ducati superbike with this tech), Ducati Slide Control (DSC), Engine Brake Control (EBC) and Bosch Cornering ABS.