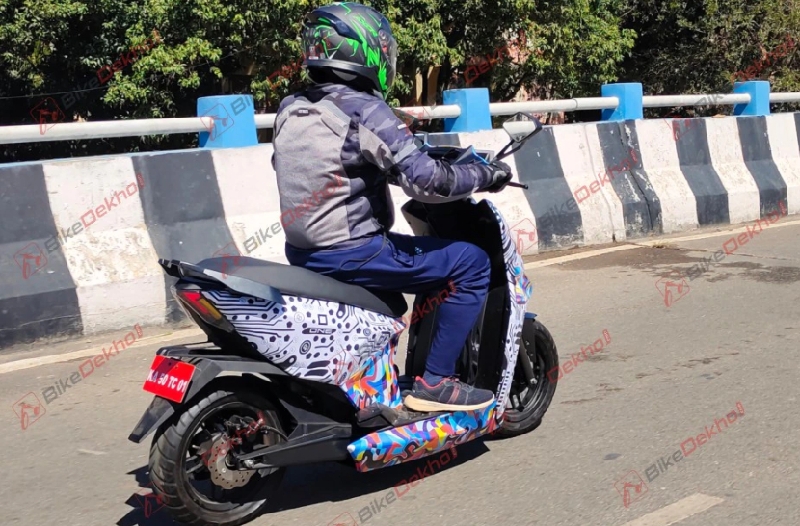 Simple One deliveries will commence from early 2022 onwards. Its launch has already taken place in August 2021.

We are seeing a very rapid development of the next source that will power our transportation in the coming future – Electric. We know it is a very polarizing fact, however, we need to understand that the future is indeed Electric. In India, we are seeing a massive adoption of electric vehicles by the masses and the auto industry is working diligently to cater to these demands.

In August 2021, a Bengaluru based start-up Simple Energy officially launched their first electric scooter – Simple One. This launch took place on the very day another range of electric scooters by Ola Electric were introduced.

Recently their One electric scooter test-mule has been caught testing on the public roads. The latest images reveal the electric scooter all decked-out in colourful camouflage being tested extensively before it goes into production.

The pre-launch proceedings of the Ola S1 were far from perfect and Simple would want to iron out all the issues before it goes public with its first product for our market.

The Simple One will be equipped with a 4.5 kW (6 HP) electric motor which will be powered by a 4.8 kWh Lithium-ion battery pack. Simple Electric has claimed that this set-up will provide a maximum range of 203 km in Eco mode under ideal riding conditions on single charge. They have boasted a strong performance of 0-40 kmph acceleration in just 2.95 seconds and a top speed of 105 kmph.

The Simple One’s deliveries are expected to commence from early 2022. It is priced at Rs 1.10 Lakh (ex-showroom, Bengaluru) and will get some concessions from the state for adopting a cleaner mode of transport. The booking amount set by Simple Electric for their One is Rs. 1,947.