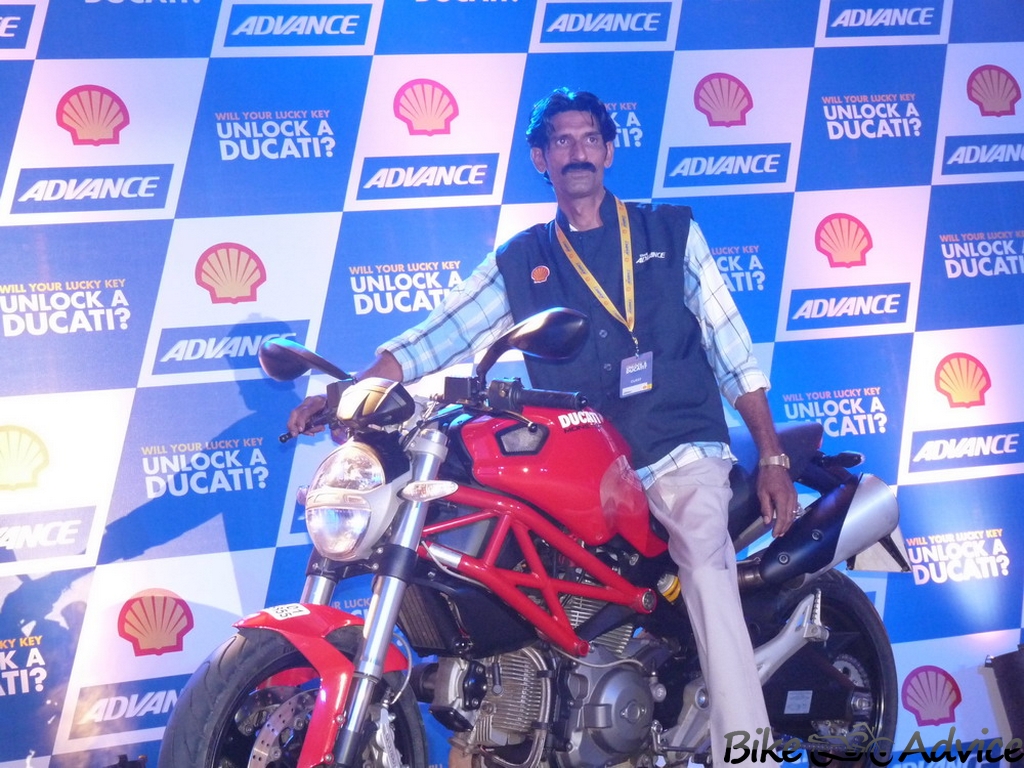 Now how many of you dream of riding a Ducati Monster 795? How about if you get it for free…!

Yes, that is what Shell Advance “Unlock a Ducati’ promotional scheme was. Makers of one of the best lubricants, Shell in India launched an offer in January this year where users of Shell Advance engine oil had to SMS a coupon code to participate in the Lucky Draw to stand a chance to win a Ducati Monster 795 (Yes, you read it right, a Monster!)

And what better way to conclude the event then an all expenses paid trip to Lavasa (near Pune) for the final 10 contestants shortlisted through a random draw. These 10 contestants were put through a series of challenges and 3 out of this list made it to the final selections. 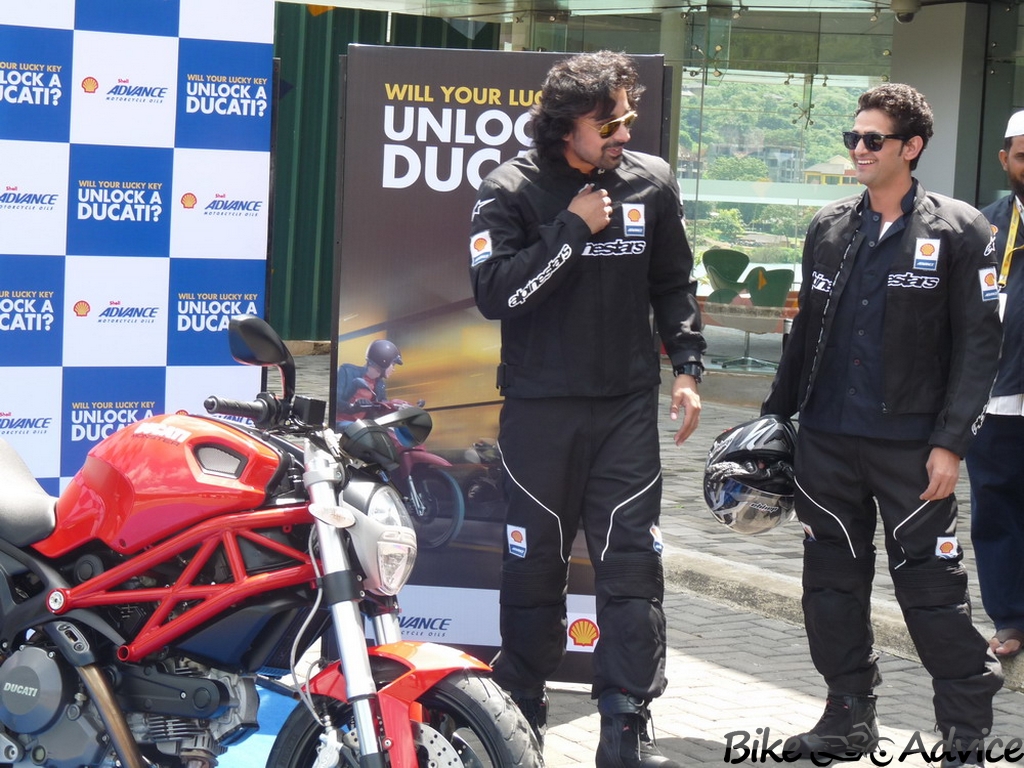 And the biggest surprise element of the whole event was the presence of actor, VJ and an avid biker Ranvijay Singh who rode a Ducati Monster 795 at Lavasa and came out all smiling. Ranvijay was also accompanied by Vikas Khokar, winner of MTV Roadies 9.

Ranvijay, after the ride across Lavasa said, “I have been an avid biker since my college days and travel has been an integral part of my adventurous lifestyle. I thoroughly enjoyed my ride at Lavasa on a Ducati fuelled with Shell Advance motorcycle oil, a perfect winning combination to provide any bike enthusiast a winning edge” 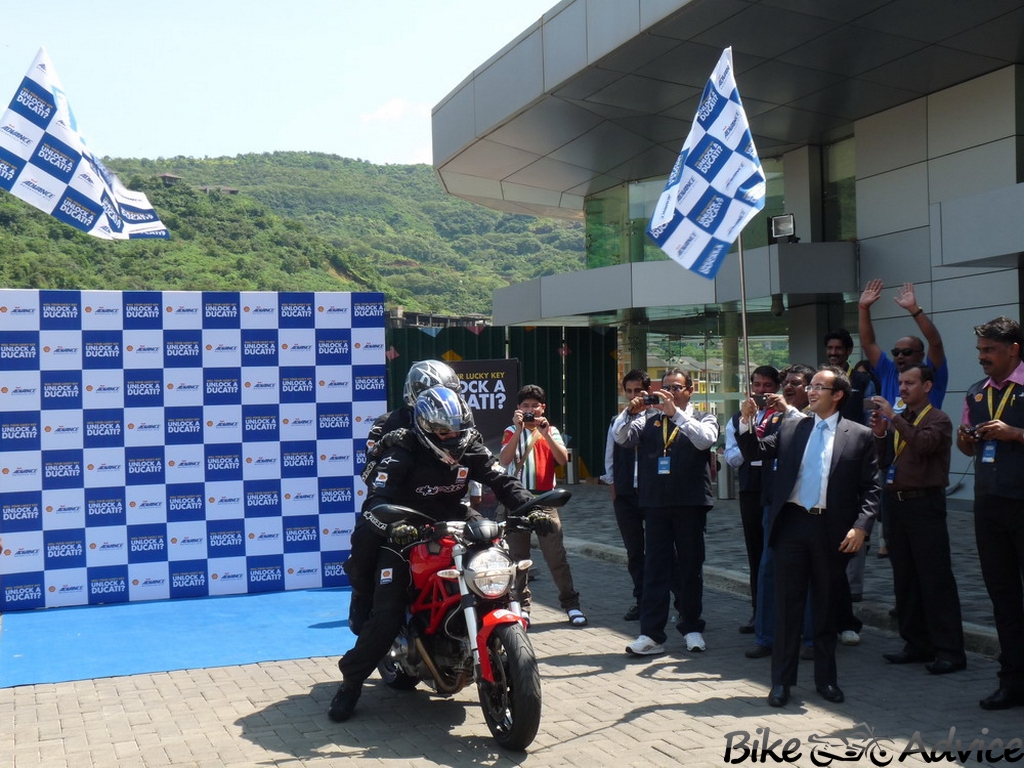 The final round of ‘Unlock a Ducati’ contest included selection of the ‘right’ key from a pot which would unlock the Ducati Monster. And despite getting his chance at the last time, it was Vishal Nagpal from Ferozpur, Punjab who rode away on a sparkling red Ducati Monster 795!

We asked Vishal about his feelings and the only words he could utter were, “Thanks to Shell India for providing such a great opportunity to me. I could not believe I now own a superbike. It was not even in my wildest of dreams that I could have thought about this“. 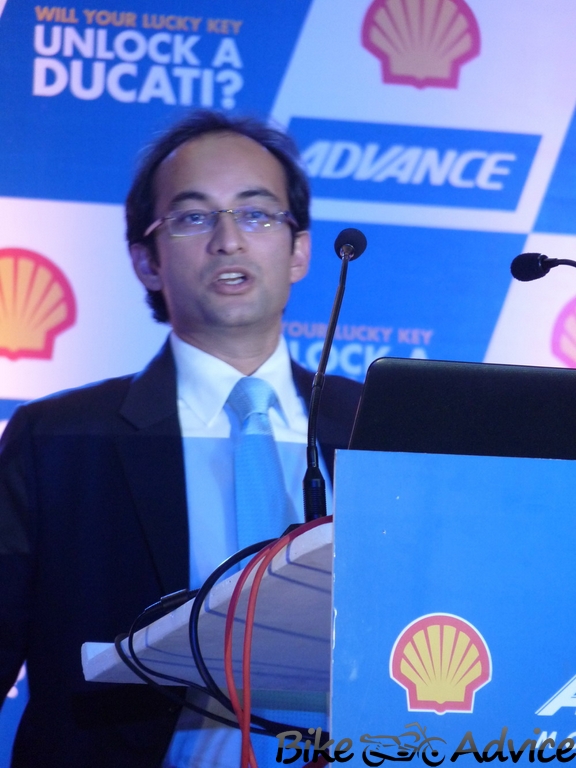 Mr Nitin Prasad, Country Head of Shell Lubricants said, “Shell is proud to continue bringing innovative promotions to the Indian market. The Shell Advance Unlock a Ducati campaign was a one in a kind promotion that offered one lucky Shell Advance consumer a once-in-a-lifetime opportunity to own a new Ducati bike.” He also added, “The response to this campaign has been overwhelming and we congratulate Mr. Vishal Nagpal for being the proud winner of this promotion”

Mr Nitin Prasad also added that there would be many such promotional activities that would be carried out in the times to come. 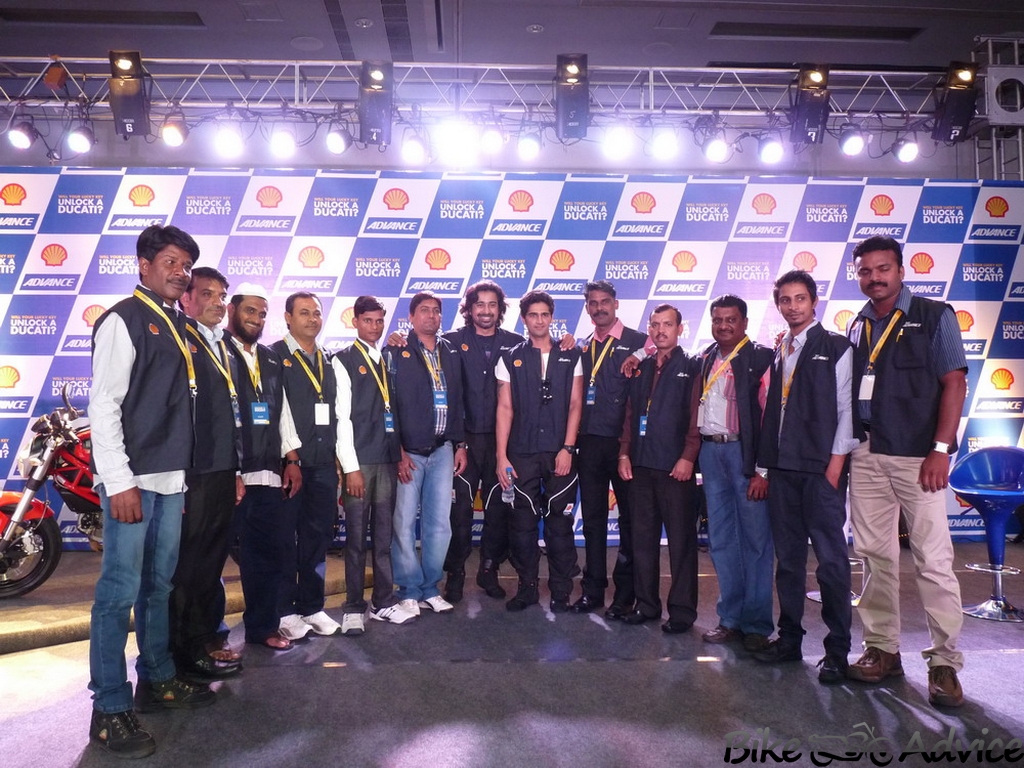 Ducati Monster 795 is a 803cc L-Twin cylinder air cooled naked macho bike from the house of Ducati. The bike produces 87bhp of brute power and 78Nm of torque. In India Monster 795 could be had at somewhere around 7 Lakhs on road.

Shell has been one of the largest largest lubricant manufacturers of the world. The most common, we bikers know Shell is in the form of their top quality Fuel Bunks and Engine Oils.

Shell provides both 2-stroke and 4-stroke engine oils. Here is a list of them