The government today said it will sell its entire 95 per cent stake in the loss-making auto firm Scooters India Ltd, maker of the iconic Lambretta scooters. 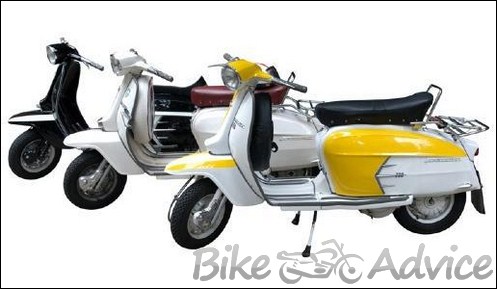 The disinvestment proposal was approved at a cabinet meeting chaired by Prime Minister Manmohan Singh. At 2:30 pm, shares of Scooters India were up 4.92 per cent at Rs 38.40 on the Bombay Stock Exchange (BSE). “Union Cabinet decided to revive SIL. It is being proposed to revive the company through induction of strategic partner by off loading the entire government equity of around 95 per cent,” Information and Broadcasting Minister Ambika Soni told reporters after the meeting.

The balance 5 per cent equity will remain with banks, financial institutions, corporate bodies and others. She said the selling of stake will be done through the Department of Disinvestment. The government will seek approval of Parliament to get the authority to identify and induct a strategic partner. Besides, the cabinet also gave approval for continued extension of salary support and clearing of balance sheet.

“The intention is to transfer the entire government equity to a suitable identified strategic partner through the department of disinvestment,” Soni said. SIL has been suffering losses since 2002-03 and by 2008 -09 its entire networth was eroded, she added.

In March 2009 the company was declared sick and went to the Board for Reconstruction of Public Sector Enterprises (BRPSE). As on 2009-10 it had a net loss of Rs 22.03 crore. The firm’s “inherent inefficiencies”, “low productivity” and old plant technologies and ageing workforce didn’t help the matter either, she said, adding SIL was unable to meet even salaries and other statutory dues.

Incorporated in 1972, SIL started commercial production of scooters under the brand name of Vijai Super for domestic market and Lambretta for overseas market. Later it ventured into three-wheelers with the Vikram brand. However, in 1997 the firm stopped two-wheeler production and has been into manufacturing and marketing of 3 -wheelers only.