There is a scoop roaming in the net about the new bike that Yamaha is planning to roll out and to our surprise it’s a 250cc four stroke four cylinder sports bike that resembles the R1 and R6 which has been published in the Japanese magazines in July 2008. Although Yamaha has not commented nor acknowledged about the bike and the news published, we know that Yamaha doesn’t have a strong competitor in the 250cc sports segment, I think it’s the right time Yamaha plunges into this segment giving Kawasaki and Hyosung a tough time. 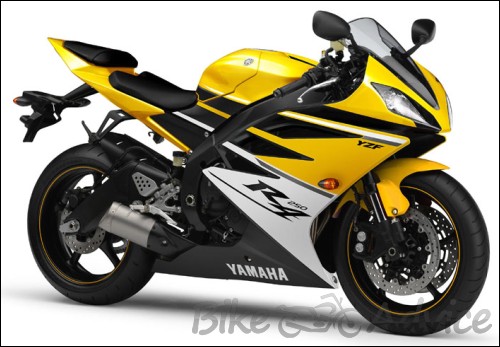 The magazine also shows the bike in three different colors and has a love at first sight looks. Although the parts which are loaded in the bike are from R1 in terms of the rear fender and R6 in terms of the side and front fairing and R125 in terms of rear view mirrors the bike still looks hot.